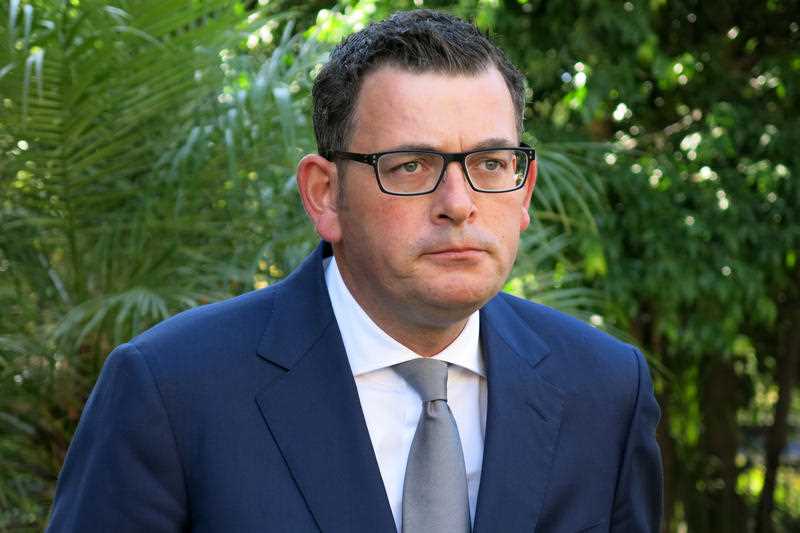 The latest buzz words for politicians are “housing affordability”. Whether it is NSW Premier Gladys Berejiklian making a bizarre statement at the start of her premiership that she wanted to ensure that “every average hardworking person in this state can aspire to own their own home”, or the Victorian Premier Daniel Andrew’s showbag of promises to put “homebuyers first” including cutting stamp duty for first home buyers and imposing a vacancy tax, politicians from all sides now have housing affordability at the top of their agenda. According to The Australian, Treasurer Scott Morrison is framing a budget that is aimed at boosting the Government’s stocks in middle Australia and has vowed to address housing affordability.

I am all for “housing affordability” too. I have children and grandchildren, and probably like most people, wonder how my offspring will save the monies to own a home in Sydney or Melbourne, or for that matter, in any of our capital cities. Wanting houses to be more affordable for first home buyers and the young is a bit like “world peace”. We all support the idea. However, because Governments like to tinker with price levers, rather than deal with the underlying problem of housing supply, they generally muck things up. And this is exactly what is going to happen if the Victorian Premier gets his way.

Moreover, investors are going to be hurt by some of Andrew’s changes. And, because we haven’t heard the end of the negative gearing/capital gains tax discount debate, it is inevitable that there will be more changes to come.

Premier Andrews has announced six initiatives in the name of “housing affordability”. Firstly, abolishing stamp duty for first home buyers for purchases under $600,000 from 1 July. There will also be a concession on a sliding scale for homes between $600,000 and $750,000. The exemption and concession will apply to both new and established homes.

25,000 Victorians are expected to “benefit” by saving around $16,000 in stamp duty. Many economist and realtors argue that the “benefit” will be fleeting or negligible because first home buyers will suddenly have an extra $16,000 for the deposit and with the multiplier, this will lead to a surge in prices in this price bracket. In other words, the cut in stamp duty will be more than eaten up by the increase in housing prices.

More crazily, the Government will pilot a $50m scheme, HomeVic, where it will co-purchase homes with first home buyers who can’t save a big enough deposit, taking an equity share of up to 25% in these properties.

To pay for these initiatives, the Andrews Government is introducing a tax on vacant residential properties. Under the guise of encouraging owners to make their property available for purchase or rent and thereby allowing Melbourne’s housing stock to be used efficiently, this tax will apply from 1 January 18 to vacant properties located in the inner and middle suburbs of Melbourne. The tax of 1% will be assessed on the capital improved value of the property. For example, if the property has a capital improved value of $500,000, the applicable tax will be $5,000.

Subject to some exemptions for holiday homes and deceased estates, a property will be classified as “vacant” if it is unoccupied for more than six months within a calendar year. And who will determine if it is vacant? The State Revenue Office says that it will be a “self-reporting system” with liability resting with the property owner, who will be expected to inform the State Revenue Office when their property triggers the tax.

For an investor buying off the plan in Victoria, they currently pay stamp duty on the land value, rather than on the full contract price (that is, the land value and the cost of any construction or refurbishment which occurs after the contract date.). This concession saves them thousands of dollars. From 1 July, they will pay stamp duty on the full value.

On the positive side of the ledger, the Victorian Government has announced that it will make up to 100,000 lots of land available within the next 2 years in key growth corridors. Planning of 17 new suburbs is underway, with the Government “slashing the time it takes for land to be shovel-ready”. The map below shows the suburbs. 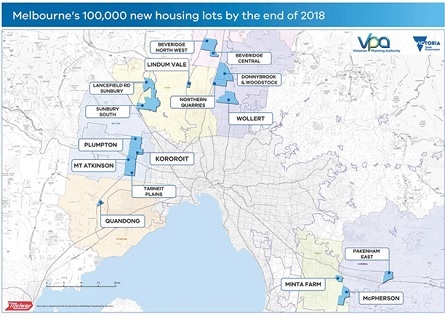 This release of land sounds good, but the proof will be in the delivery. And whether it is actually an acceleration in the supply of land is hard to say, because there is no data on what the Government has achieved over the last few years.

Clearly, the new vacancy tax will be an impost on some apartment investors, while the cancellation of the concession on stamp duty for “off the plan” purchases will increase transaction costs. Both initiatives can’t be good for investors.

The worrying thing about a new tax like the vacancy tax is that while the initial rate of 1% doesn’t look prohibitive, the history of property taxes in Australia is that cash-starved, lazy state governments have a habit of increasing them. If the property market turns down and the stamp duty gravy train ends, the rate of 1% could be increased without too much political pain to 2%, or 3%, or 4% ...

And if investors aren’t concerned about the changes in Victoria, notwithstanding the high chance that some of them will be copied by other states, they should be concerned about the “housing affordability” debate and the pressure on Governments, both Federal and State, to be seen to be taking action. The negative gearing debate hasn’t gone away, and there must be almost an even money chance that there will be some change to the capital gains tax regime. While interest rates stay low, this is a much bigger issue for investors than negative gearing.