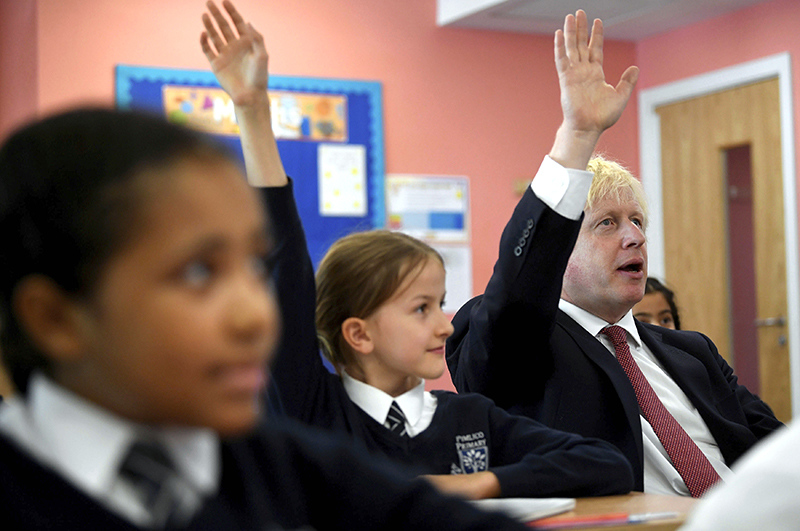 13 Aussie stocks that could be hurt by BoJo's Brexit

The countdown for Brexit is on. On October 14, the UK Parliament is scheduled to return following the longest proroguing in history. Three days later, on October 17, European Leaders meet to consider progress on Brexit. If Prime Minister Boris Johnson (BoJo) is able to negotiate a new withdrawal agreement, this will require the approval of all 27 European leaders at this meeting. If by October 19 a withdrawal agreement is not in place, or the UK Parliament has not agreed to leave without a deal, then BoJo will be legally obliged under a new law to ask the EU to delay Brexit until 31 January 2020.

While there is no guarantee that the EU will approve a further delay, barring an emotional reaction from the French, the expectation is that they will. They may move the date forward (to keep the pressure on), but outright rejection is unlikely.

With BoJo hoping to negotiate a new withdrawal agreement, the EU seeming as intransient as ever, and no commitment from BoJo in regard to the operation of the new law, how this plays out is anyone’s  guess. It is now more than three years since the British voted by a margin of 52% to 48% to leave the EU, but Brexit looks as “far off”, or in some eyes as “close as”, at any time in that 3 year period. Uncertainty continues.

Investors are naturally nervous about the impact of Brexit. There are a number of Australian companies that have operations in the UK that could be impacted, particularly in the event of a hard Brexit. But before considering these impacts, let’s look at what Brexit could mean for markets in general.

Brexit hasn’t been that bad for stocks

UK’s leading share index, the FTSE100 has risen by 15% since the vote on 23 June 2016 to leave the EU. In fact, it is up by more than 25% from the low of around 5,800 points achieved a few hours after the market opened for business on 24 June. The following chart shows that it has been a fairly orderly climb.

Like other global markets, it has been tracking the US markets higher. This year, it has put on around 7% compared to the Dow Jones 20%, notwithstanding the Brexit uncertainty from Theresa May’s botched withdrawal agreement and now under BoJo. 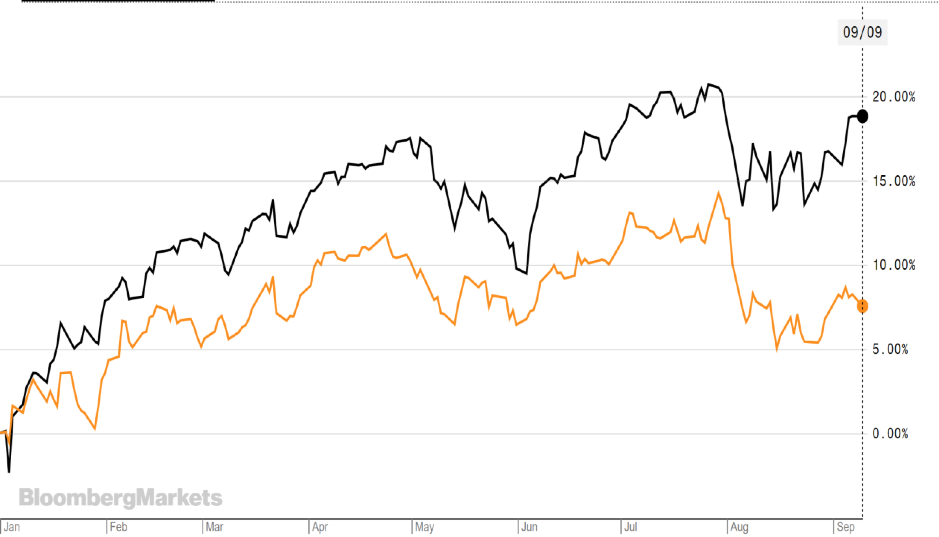 The performance of the UK stock exchange suggests that markets aren’t that fazed about Brexit, thinking that the impact is more likely to be short term rather than long term.

Certainly, Brexit is not the crisis that Grexit proved to be in 2015. While the Greece economy is only a fraction of the size of the UK, Grexit carried with it far more significant risks. Firstly, the threat of contagion and that the EU might start to disintegrate with fellow PIGS (Portugal, Ireland and Spain) seen to be at risk. But perhaps more importantly, a European banking and debt crisis brought on by Greece defaulting on loans largely provided by German banks. None of these conditions exist with Brexit, particularly as the EU has proved to be very united and a tough negotiator regarding the terms of Britain’s exit.

A hard Brexit (that is without a negotiated withdrawal agreement) will hit both the UK and European economies as trade and the supply of services is disrupted. Bank of England Governor Mark Carney recently warned that a “disorganised Brexit” would see UK GDP decline by about 5.5%. Joblessness would increase, taking the unemployment rate to more than twice its current level to about 7%. Inflation would also more than double to 5.5%.

This would no doubt add to the fears of a pending global recession, sending bond yields lower, gold higher and equity markets down. But the good news is that his estimate of a 5.5% hit to GDP is down from an earlier forecast of an 8.0% hit made in November 2018.

A hard Brexit is also likely to see the pound plunge. However, a sharp fall in the pound will make leading UK companies, particularly those operating across multiple geographies, significantly cheaper to offshore buyers, potentially leading to a boost for the UK stock  market. And we have seen this over the last few weeks as the debate about Brexit in the House of Commons has dragged on. Whenever there has been talk of a hard Brexit, the pound has fallen and the UK share market has rallied. Conversely, when it has looked like deferral is more likely, the pound has rallied and the stock market has fallen.

There is no doubt that markets will welcome (in the very short term) a further deferral, but this just kicks the can down the road. The uncertainty will continue.

My best guess about Brexit is that the impact on markets will be fairly muted. Not only is arguably already built into the price (although very hard to know by how much), markets know that the disruption will be short term. In the long term, both the UK and European economies will recover as natural boosters like a weaker pound kick in.

Which Aussie stocks will be impacted?

Of course, the overall impact on markets and the impact on individual stocks can be quite different. Despite my prognosis of a more muted response with the former, the Australian market has a habit of “shooting first and asking questions later”. So, don’t be surprised that in the event of a hard Brexit, Aussie stocks with UK exposures come under a bit of short term pressure.

Listed below are13 ASX listed companies with exposure to the UK. They are broken down into two camps. The first group, where the potential is for more impact, because revenue from UK operations is material or they have warned about Brexit disrupting business flows. The second group, potentially less impacted, earn some revenue in the UK (between 5% and 20% of total revenue).

ASX listed companies that could be impacted by Brexit.

But if prices get hit hard, many of these stocks might become good buying opportunities.