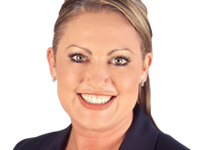 United we conquer, divided we fall

The ink is barely dry on the final report from the Financial System Inquiry (FSI) and the SMSF critics are back in the ring. The latest offering comes from the consulting firm Tria Investment Partners with the comment that the leakage from APRA-regulated funds to SMSFs appears to be slowing and is no longer a “burning platform” requiring a “drastic response”.

First let me take issue with the comment about leakage.

Why is the leakage from APRA-regulated funds to SMSFs a “burning issue”? Does the evidence show that people who opt to manage their own superannuation, whether in the accumulation or pension phase, are destroying their retirement savings? Certainly the FSI didn’t think so, and with nearly $700 billion at stake in more than 500,000 funds, it’s fair to assume the issue caught their attention.

Leaving aside the proposed ban of Limited Recourse Borrowing Arrangements (based more on the principle that borrowing in superannuation is wrong, not on the fact LRBAs are being abused), SMSFs got a clean bill of health. No restrictions on entry, no educational requirements for trustees, no minimum limit on funds under management. Indeed, the implicit message from the FSI was that people managing their own superannuation were to be encouraged.

Let me quote: “A number of submissions highlight the benefits of SMSFs to individuals and the superannuation system. SMSFs deliver members greater flexibility and control, because members can tailor their investments to suit their individual needs.

“Several stakeholders say this is often the main motivation of people participating in SMSFs. Other drivers of the growth in SMSFs include perceived or actual lower fees and better tax outcomes. The growing number of SMSFs may be a positive sign that more Australians are actively engaging with their retirement savings.”

This hardly sounds like a “burning issue”. But what would David Murray, the former head of the Future Fund and CEO of the Commonwealth Bank, or the other four eminent members of the inquiry, know?

And what would be the drastic response required? To prevent people taking responsibility for their own retirement incomes? To stop them being involved in decisions that are critically important to their lives? It seems to say we want people to be engaged with their super, but don’t get too involved. You can’t be trusted.

Well, all the evidence to date suggests people can be trusted and that the vast majority of SMSFs are achieving the right outcomes.

In fact, a close reading of Tria’s interpretation of the ATO figures is based on 2013 where it argues “the SMSF situation actually got better for the first time since 2006”.

I’m not sure I would want to be hanging my hat my one year’s figures, and, even if it is the beginning of a trend, that’s hardly the issue.

Surely what we are looking for is people being comfortable with how their superannuation is managed. If they want others to take the responsibility for it, well and good. No one in the SMSF sector, to my knowledge, is taking that personally. But if they want to manage their own retirement savings, then they should be allowed to do so, without the constant carping from the sidelines that somehow they are not only imperilling their own future but that of the country.

Indeed, it’s time for the entire superannuation industry to start looking at what unites us, not divides us; in a year when a Tax White Paper is looming, and superannuation tax concessions are certain to be a “burning platform”, that would seem the right course of action.