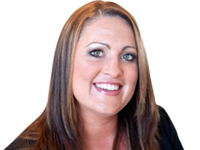 The numbers don't lie: SMSFs are in good shape

The release of the latest set of Australian Taxation Office (ATO) numbers on the state of health of the SMSF sector got me thinking about that old saying by 19th century American author and humorist Mark Twain – “there are three kinds of lies: lies, damned lies, and statistics.” Typically, when these numbers are released, SMSF critics trawl through them looking for any sign that our sector is in trouble, their catch cry being “just look at the stats”.

Well, this time around the silence has been deafening; not a peep from the usual suspects. And little wonder. The ATO statistics in the ‘Self-managed super fund statistical report – September 2014’ paint a picture of a superannuation sector growing in a strong and sustainable manner. In the 12 months to 30 September 2014, nearly 28,000 funds were established, while slightly less than 5000 were wound up. The new establishments kept pace with the growth in the 12 months to 30 September 2013, while the number of funds shutting the door nearly halved, compared with the previous corresponding period. No cause for concern there.

But what grabbed my attention were the numbers around people with low balances. It’s been a common criticism that these people are being “lured” into SMSFs and, as a result, are paying high fees compared with the APRA-regulated funds. Concerns are also expressed about their lack of knowledge (especially on the investment front) and, perhaps just as importantly, lack of time to oversee the fund.

I have never subscribed to this theory. It’s always been my contention that even if people have low balances and are paying higher fees, provided they fully understand the situation, then there is no cause for alarm. Quite the opposite, in fact, because it means their active engagement with their retirement savings will have long-term benefits.

That said, the figures are quite revealing about who is setting up a fund. Contrary to what the doomsayers would have you think, the bulk of trustees and members are still found in SMSFs with funds under management of between $200,000 and $2 million. Four years ago, nearly two-thirds (63.9% to be precise) of trustees and members fell between these goal posts. Today, that number has increased slightly to 65.7%.

But the percentage of trustees and members with balances below $150,000 has gone in the other direction; it now stands at 17.2% compared with 20.5% four years ago. So the argument that younger people with low balances are being seduced into seting up an SMSF is simply not supported by ATO statistics.

Nor are these people with low balances piling into residential property via a limited recourse borrowing arrangement (LRBA) – another myth exposed by these numbers. The real picture is far different. In 2010, the percentage of residential property assets in funds with less than $50,000 was a miniscule 0.33%, and by 2013 this figure had only risen to 0.7%. Not surprisingly, it was those funds with balances between $200,000 and $2 million that had the bigger average weightings in residential property, but even then it was still only an average 4.3% in 2013, almost on a par with the average 4.2% four years ago.

The cream on the cake for those of us who believe trustees of any age are typically responsible were the statistics on LRBAs. A reconfiguring on how the ATO measures LRBAs was largely responsible for them nearly trebling to $8.7 billion in the three months from March 2013 to June 2013, but since then the growth has been far more measured, only rising to $9.2 billion over the past 15 months to 30 September 2014.