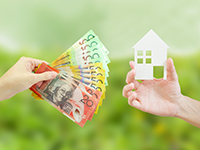 A constant source of worry in any analysis of Australian domestic risks is household debt and the housing market that lies behind it. Concerns about high/rising household debt date back to late last century. Concerns about an overvalued housing market arose early this century. Over that period, any number of “stress tests” have been applied to Australian households and the housing market, including a global financial crisis. Households have emerged battered but still standing from those tests. That outcome is a testament to the underlying resilience of the Australian economy, some good policy choices and some luck.

House prices have fallen on occasion in response to these shocks. And prices are falling again at the start of 2019. But the oft forecast collapse has not eventuated (so far). Nevertheless, debt and price concerns will carry over into 2019. With fears intensified by growth uncertainty, weak income growth, volatile financial markets, falling dwelling prices, political dynamics and debate about a credit crunch. CBA surveys show one of households greatest fears is “housing” – servicing the mortgage or paying rent. 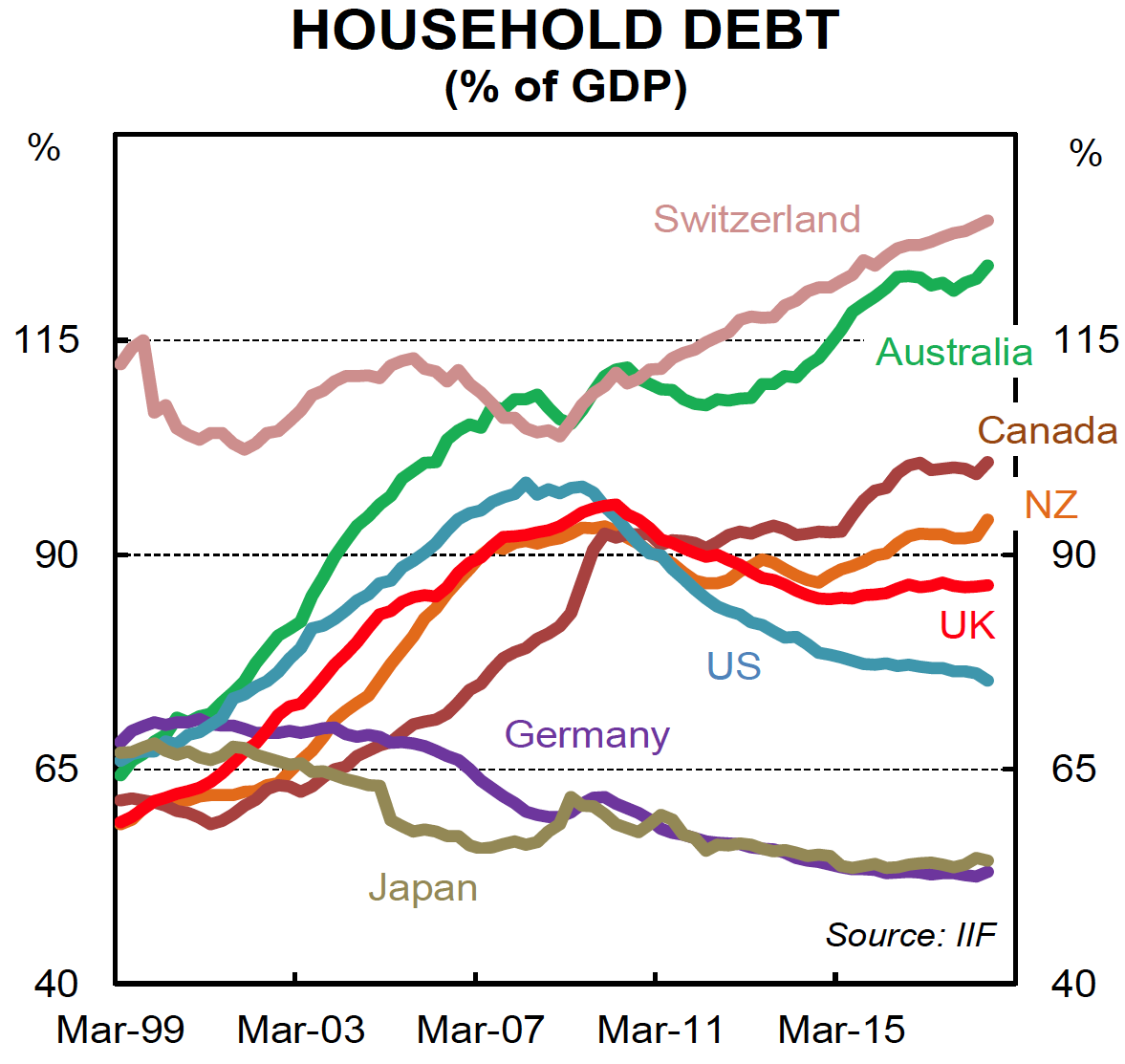 The impression is that Australian households have been buffeted around by forces beyond their control. The reality is that households responded to the incentives on offer. Record low interest rates, ample liquidity and attractive tax benefits produced a debt-driven housing boom.

The reality also is that households have been building up some protection against adverse shocks:

· The asset side of household balance sheets has also expanded. Until recently housing assets were growing at a faster pace than housing debt. The debt:assets ratio is well below 2009 peaks.

· While most debt is at floating rate, most borrowers have kept their repayments constant in dollar terms. As mortgage rates have trended down from earlier peaks, borrowers have automatically accelerated the rate they are repaying their loans. A relatively painless degree of deleveraging has occurred for some borrowers as a result.

· Most borrowers have discovered mortgage offset accounts. Every dollar in such accounts is effectively earning the mortgage rate after tax on a cash investment. Nothing else comes close in the current environment. Home loans with offset facilities now account for 46% of housing credit outstanding.

The bottom line outcomes from these changes is that, on CBA data, 78% of home loan borrowers were ahead of their repayment schedule towards the end of 2018. The average borrower, when offset accounts are added into the mix, effectively had 32 payments worth of protection.

There is a skew in this payments protection, however. On CBA data again, about 35% of borrowers with protection have buffers of less than one month. But within that tail, the majority have investment loans (and want to keep interest payments high for tax purposes) or have loans that structurally restrict payments in advance (such as fixed rate loans). 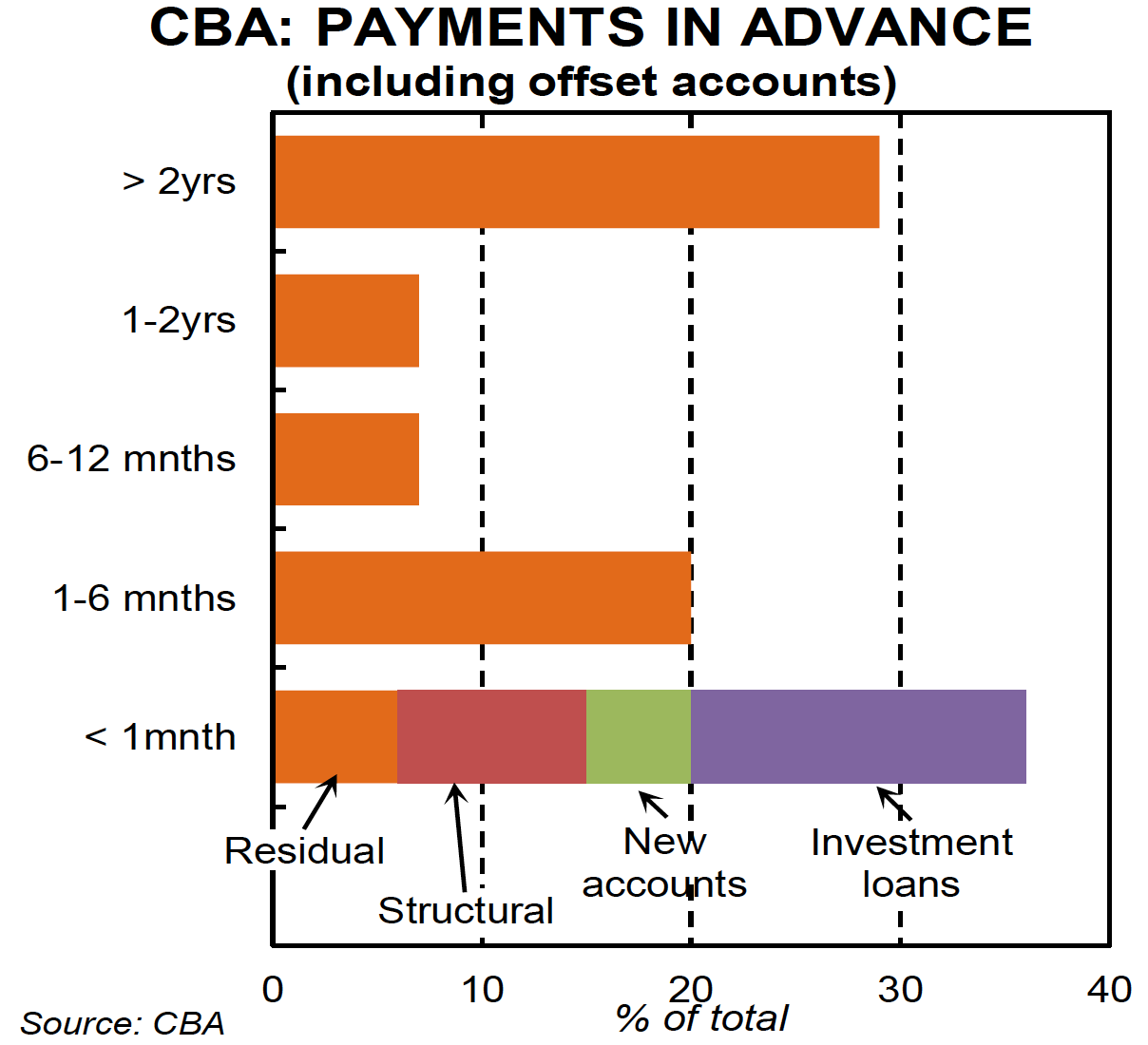 House prices are falling. Australian dwelling prices are now 6.7% below the 2017 peak. But the declines are largely contained to Sydney and Melbourne. Falls have been skewed towards the higher end of the price range. And prices have risen further in other State capitals and regions. We are not seeing the universal price falls associated with a slump.

Some perspective is required as well. The 6.7% fall in Australia-wide dwelling prices to date follows a 47.9% rise over the previous 51⁄2 years.

Household debt: looking for a trigger

Households remain the major driving force behind economic activity despite the debt-related headwinds. Consumer spending, for example, grew by about 21⁄2% in 2018. That outcome matches the average for the past five years. And it accounted for half of GDP growth in the year. A trigger is needed to turn household debt into a serious problem for the economy and financial system.

Rising unemployment and/or rising interest rates are the traditional “triggers”. But both seem unlikely at present.  The unemployment rate has moved lower and this downtrend is set to continue. Output growth around potential, falling real labour costs, elevated job vacancies and positive hiring plans point to decent jobs growth in 2019. CBA forecasts have the unemployment rate down to 4.8% by end 2019.

The next move in interest rates may be up. But the RBA stresses “not soon”. Any change in policy interest rates seems unlikely before end 2019 at the earliest. The consensus among Australian economists is for the RBA to remain sidelined until mid 2020.