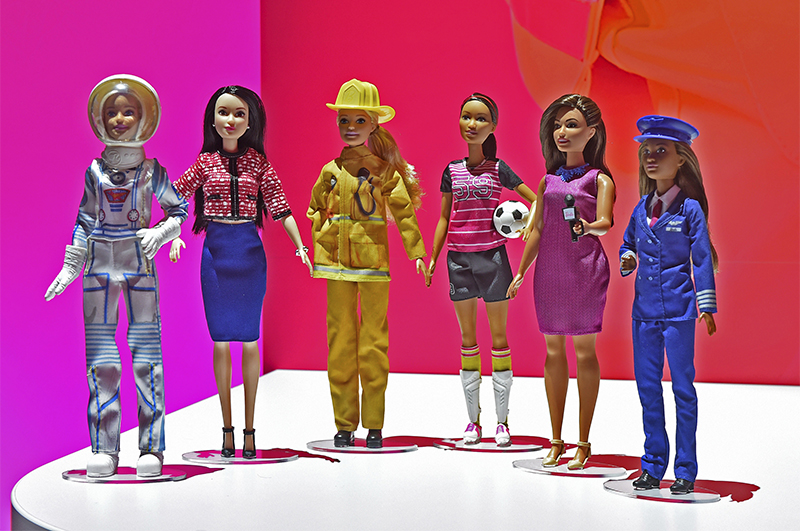 Barbie, with breasts, led to controversy

Some people become so uncomfortable when talking about money but I’m not one of them. Money gives you choices: where you live, who you’re dependant on, who you can help etc. It can also mean you get to kiss goodbye intolerable life situations because you have the financial freedom to move on!

In the play/film Shirley Valentine, that very sad line emerged where Shirley confessed that she stayed with her husband because it paid the gas bills. Her choices were limited because she was reliant on her husband for money.

The days of being dependant in a relationship are changing.

No doll has earned the scorn of feminists more but the irony is that Barbie was created by the late octogenarian Ruth Handler, who, with her husband created the famous toy company Mattel.

Talking on the BBC Witness programme recently, Ruth explained that before Barbie, girls in the US were only allowed to have baby dolls. Barbie, with breasts, led to controversy. And while Ruth’s creation (named after her daughter Barbara) attracted criticism from feminists seeking independence from the shackles of being an appendage to a man, Ruth herself was ostracized by women for hanging out with the men to talk business on social occasions, rather than yapping about kids, food and fashion! Those were the days!

There has been progress for women who preferred or had to work since Ruth dared to launch Barbie, but money still separates the sexes – pay disparity, women retiring with less super and too few women CEOs of public companies remind us of this. While still needing to be addressed, these issues are progressively, albeit too slowly, improving.

New age women are demanding change and we are seeing it with the likes of the Me Too movement and other groups, who want equity and an end to centuries of unreasonable discrimination.

But this International Women’s Day, we don’t want to deal in comparisons. We want to celebrate women of achievement who add to the positive momentum that we are being recognised more and more for who we are and how we contribute to this world.

In my business I have always employed lots of young women. One thing that stands out in my mind so clearly is the day a group of women said in one united voice: “Where are our role models? We’ve grown tired of these Hollywood glamour queens. We want serious women to be our role models.” Like her or not, Kim Kardashian has a giant business brain and one big innovation we are seeing with Hollywood blockbusters is that they’re often funded by actresses like Jane Fonda, Nicole Kidman, Reese Witherspoon etc.

And in the world of entrepreneurship, women are showing the way, with the likes of Arianna Huffington, Janine Allis, JK Rowling and Sophia Amoruso, who with her Nasty Gal and Girlboss Media has a net worth of $280 million!

Putting mammories and long blonde/brunette hair to one side, Barbie changed the notion of dolls, with her character of independence and sensuality. Surely no-one believed Ken was her meal ticket!  (I always thought of Ken as Barbie’s toy boy hand bag and maybe it’s time we defended him come International Men’s Day on November 19!) Barbie has been fighting dissenters for 60 years and whether you like or loathe her, she’s been the highest rating doll of all time! And from what I see these days in toy shops that I frequent with my grandchildren, she’s been through quite a makeover!

And certainly her creator was a role model for aspiring female entrepreneurs.

To celebrate International Women’s Day, we’ve put together an eBook on Women & Money.

In this ebook, we identify women who have bravely smashed the glass ceilings of work and life that made it hard for women to make their mark. To the ones who have beaten the odds, this ebook recognises you and how your story will be so important for other women to learn from your experiences.