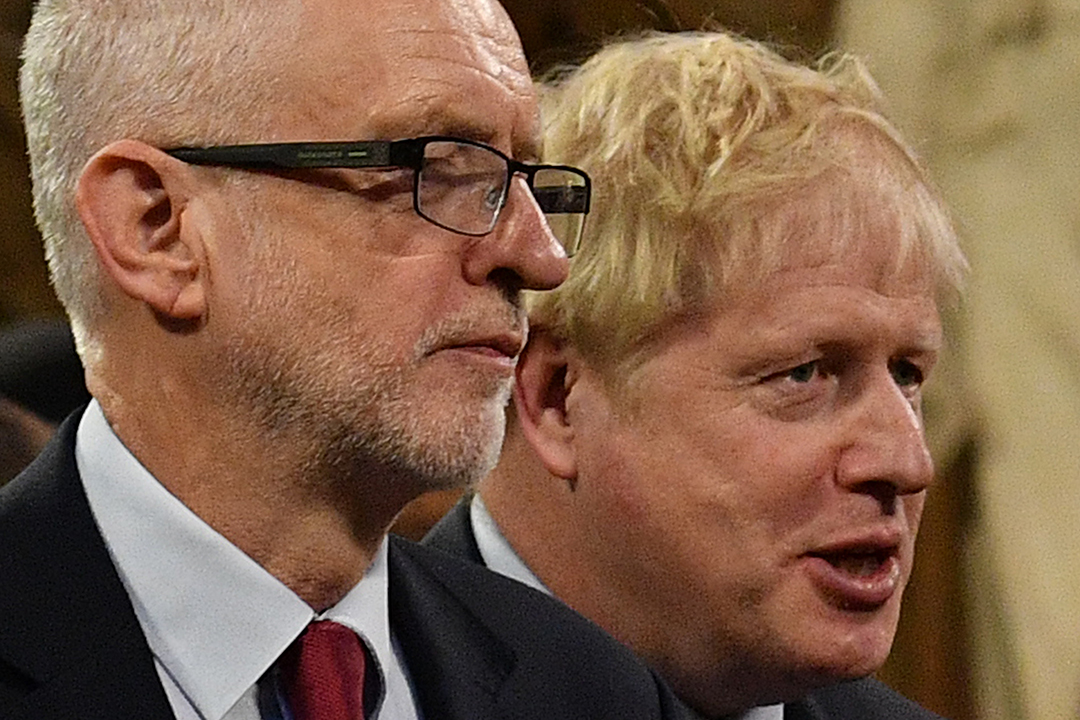 Today is the last day of sitting for the British Parliament. It will be dissolved at midnight today, London time. For that reason, the time has come for me to make my prediction of the result of the general election on Thursday 12 December, for which we, in Australia, will be learning details of the results on the morning of Friday 13 December.

The 2010 election produced a coalition government of Conservatives and Liberal Democrats led by David Cameron, while 2015 gave Cameron an absolute majority of 330 seats against 320 for the combination of all the rest. The one thing this election has in common with those three recent ones is that all four will be recorded as having been contested on the same electoral boundaries with 650 first-past-the-post voting constituencies, 533 in England, 59 in Scotland, 40 in Wales and 18 in Northern Ireland.

So, who will be Prime Minister on New Year’s Day 2020? Very hesitantly I say Jeremy Corbyn in a minority government wherein the Labour government has fewer seats that the Conservative Opposition but is in government purely because enough people in England and Wales realise what a bad idea Brexit is.

In other words, I am suggesting that Labour will lose a significant number of seats but still move from the Opposition benches to the Treasury benches. The reason for that would be the Conservatives losing many seats, mainly to the Liberal Democrats but also to the Scottish National Party. I expect the Conservative Party to retain three seats in Scotland two of which (Banff and Buchan and Berwick-Upon-Tweed) voted solidly to leave the European Union.

I predict that all three traditional party leaders will retain their seats, Boris Johnson in London’s Uxbridge, Corbyn in London’s Islington North, and Jo Swinson (Liberal Democrat) in Dunbartonshire East (the posh suburbs of Glasgow).

My essential reasoning for these predictions is that I do not think Brexit will be as big a factor as most commentators are assuming it will be. There will be a considerable amount of voting for one’s local member, a factor reducing the number of Labour losses. The other thing is I think Corbyn will come across as a nice man, as he did in 2017 and there are a number of issues favouring Labour.

What do we need? Guts. And who needs to show guts? Gladys.
Big businesses want government gifts. So give them what they want!
A ‘Kath & Kim’ politician wants a 15% GST
Don’t worry about debt, deficits and drama-filled disasters
If you run in fear of the Coronavirus and your future, you better read this!