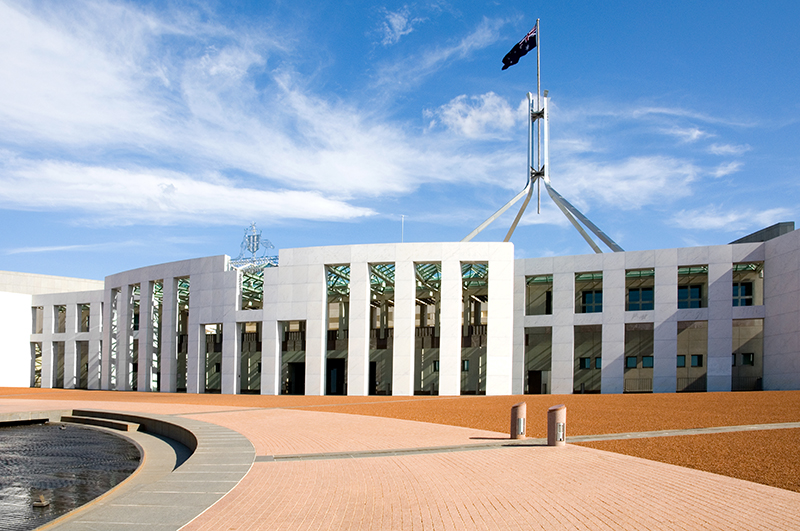 Who gets the credit for the Libs "daily double" win on May 18?

To complete my analysis of the election results I say this: the Morrison Government did not merely win the general election for 151 members of the House of Representatives, it also won the Senate election – details given below. I also ask myself this question: to whom should the Liberal Party give the credit for each win? My answer is Scott Morrison for the House of Representatives and Malcolm Turnbull for the Senate win.

The de facto Senate win goes back to May 2014 when the Liberal Party scored a coup by persuading the federal Joint Standing Committee on Electoral Matters unanimously to agree to the scrapping of Bob Hawke’s Senate voting system which had worked so remarkably well from December 1984 through to the Western Australian Senate re-election in April 2014. The report was titled “Interim report on the inquiry into the conduct of the 2013 Federal Election: Senate voting practices.”

Tony Abbott was Prime Minister at the time. In a conversation I had with him in August 2016, he told me of his reaction to that report at the time of its publication. “It was too good to be true”, he said. He felt warned off it by the simple rule “be careful what you wish for”. It is, therefore, reasonable to conclude that if Abbott had remained Prime Minister, the Hawke system would have remained in place and there would not have been a 2016 double dissolution. In the meantime I denounced that report up hill and down dale.

Turnbull replaced Abbott in September 2015 and he wanted a double dissolution election fought on industrial relations reform. That such was his obvious intention (albeit publicly concealed by Turnbull) was good for me personally because it helped my campaign to persuade the Labor Party to oppose what, in the autumn of 2016, became the Commonwealth Electoral Amendment Act 2016.

My strident objection to the present Senate voting system has always been based on genuine constitutional and democratic principle. However, quoting principles is no use when trying to persuade politicians to act as I request. In the case of the Opposition party, it is always necessary to persuade them that a governing party’s electoral system proposal is really a rig in favour of that party. I persuaded Labor of that and I have proved to be right. Turnbull’s system is a rig in favour of the Liberal Party. The party should send him a special letter of thanks for that fact.

So now let me give some statistics to prove my point. Before I do that, however, I should acknowledge that Senator Jacquie Lambie has been elected for Tasmania three times, in September 2013, in July 2016 and in May 2019. For the first time she will now have a six-year term. Part of the disproportion of the system is due to the federal character of the Constitution. I would never accuse Lambie of rigging the system in her favour merely because she always predictably gets elected on a very low vote.

Australian Senate elections are of two types. There are Senate general elections when the whole Senate is elected. More commonly, however, there are periodical elections for half the Senate. The former always produce very proportional results – due to the simple fact that Australia’s states are very similar to each other in their voting patterns. Half-Senate elections, on the other hand, often produce results that are quite disproportional.

So all of the recent Senate general elections of April 1951, May 1974, December 1975, March 1983, July 1987 and July 2016 produced very proportional results. However, within each Senate general election there is also a half-Senate election. It takes the form of a Senate resolution giving half the senators from states (now 36) the prized six-year term. Consequently, strange though it may seem, my first set of statistics comes from the de facto half-Senate election dated Wednesday 31 August 2016. On that day a majority of senators voted for a resolution purporting to reflect “the will of the people” in the matter.

In terms of seats the 2016 general election result was 30 for the Coalition, 26 Labor, nine Greens, four for Pauline Hanson’s One Nation, three for Nick Xenophon’s team and one each for David Leyonhjelm (NSW), Derryn Hinch (Victoria), Bob Day (SA) and Lambie. Note, especially, that the Coalition number was 30 and the combined Labor-Greens number was 35.

The Coalition’s vote share was 35.2% from which it secured 17 senators with six-year terms. So a vote share of 35.2% became a seat share of 47.2%, a cool 12% over-representation. Nick Xenophon’s team also did well out of that, a consequence of South Australia being our second least populous state. The Labor-Greens combined vote share of 38.4% gave them 16 seats (13 Labor, three Greens), that being 44.4%, an over-representation only half that of the Coalition.

Fast forward now to the May 2019 result when territory senators were also elected. The Coalition won 19 of the 40 seats, or 47.5%. They won that with only 38% of the vote so their over-representation was 9.5%. Labor was again dudded but this time the Greens did pretty well. They received 10% of the votes but 15% of the seats, six out of 40. That was their reward for having helped the Liberals put this system in place. In several ways it can be said the Greens own this system as much as the Liberals do.

In the Winter-Spring of 2016 (a mere three years ago) the numbers were as I state above. Today the Coalition has, in effect, 36 senators since Cory Bernardi was elected for the Liberal Party, not in his own right.  Each of Labor and the Greens have exactly the same number, a combined total still 35. Pauline Hanson has herself – now with a short term – and Malcolm Roberts (Queensland) with a six-year term. Both SA Centre Alliance senators now have short terms – and there is Lambie.

This is a bad system but the Liberal Party should thank Turnbull for the sweet spot in which he has placed his party successors. The system should be replaced by a decent system designed by me - but I am not holding my breath waiting for it to be implemented.