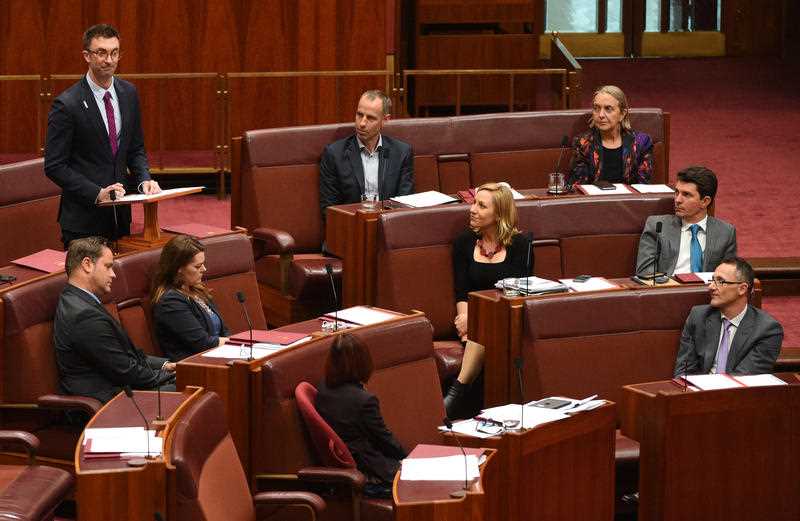 On the US mid-term elections, the final result for the House of Representatives is 234 Democrats and 201 Republicans, a Democratic gain of 40 seats, well above the long term average gain for the party not occupying the White House. Consequently I repeat my prediction that Donald Trump will not be re-elected President in November 2020. For the Senate, the final result is 53 Republicans, 45 Democrats and two independents who caucus with the Democrats – so that is conventionally described as 53-47, a net gain of two seats by the Republicans. Therefore, I repeat my judgment “that Senator Mitch McConnell, the majority leader, is the winner in the Senate election, not Trump.” For reasons the details of which I shall explain in 2020, the Republicans have a good chance to keep their Senate majority at the election when Trump goes down to defeat.

Regarding Victoria, the result for the Legislative Assembly is now final but not that for the Legislative Council. In January, I shall do a full analysis of these elections and submit an article to this website. It will be possible to do that when I have had the time to sift all the data for the details that give me the chance to do a truly proper analysis. In the meantime, the state of parties in the Assembly will be 55 for Labor (a gain of eight seats on the 2014 election), Liberals 21 (a loss of nine), Nationals six (two losses), Greens three (one gain) and independents three (two gains).

In my most recent article, I boasted of “having made a remarkably correct set of predictions for Australian elections since I became the Politics Expert of this website” but Victoria has told me to be a bit more modest in the future. I predicted that the Andrews Labor government would win another term but noticeably under-estimated the size of the win. Readers, therefore, must expect more restraint from me when I predict the result of the New South Wales state election fixed for March 23 next year.

Looking over the year 2018, I cannot fail to notice the huge number of cases of bad political judgment displayed by the Liberal Party. Until quite recently, however, I could not label any of these misjudgements as a “disgrace”. The past month has corrected that. The disgrace in question goes back to this dreadful Senate voting system the politicians foisted on the public about which there has been remarkably little complaint.

The point about the system is its blatant violation of the commandment of section 7 of the Constitution that senators shall be “directly chosen by the people”. That requires the system to be candidate-based. Yet the system is not candidate-based. It is a party machine appointment system, in which voters are told that their duty when voting is to distribute numbers of party machine appointments between parties according to a formula of proportional representation between parties.

The system does that so parties can defeat senators of their own party the machine bosses think deserve defeat. Consequently, next year, the Liberal Party’s machine will defeat its own Senators Molan (NSW), Gichuhi (SA) and Macdonald (Qld), the Nationals will defeat Barry O’Sullivan (Queensland) and Labor will defeat Lisa Singh (Tasmania). In four of the five cases of this phenomenon, there is an argument for doing so. In one case, however, it must be condemned as a disgrace.

Before his election Senator Jim Molan (Liberal, NSW) was Retired Major-General Jim Molan AO DSC and he has the distinction of being the highest-ranked former military commander to enter any Australian parliament for sixty years. A decent party would want to keep such a senator. Molan, after all, was the man who stopped the boats, surely Tony Abbott’s greatest achievement as Prime Minister. Not this Liberal Party, however. The party bosses wanted to keep a trouble-maker like Craig Kelly in his seat (Hughes) but the NSW machine decided to single out Molan for defeat. After that defeat the party bosses will pretend that Molan was defeated by the vote of the people!

The long-term solution to this disgrace should be that the federal politicians decide to give the Australian people a decent Senate voting system along the lines I have explained in several of my articles on this website. The short-term solution should be to reverse this decision. One of the two non-incumbents (preferably the male senator-to-be, not the woman) should have his pre-selection withdrawn.

This is my final article for the year. I wish readers a happy Christmas and a bright and prosperous New Year.