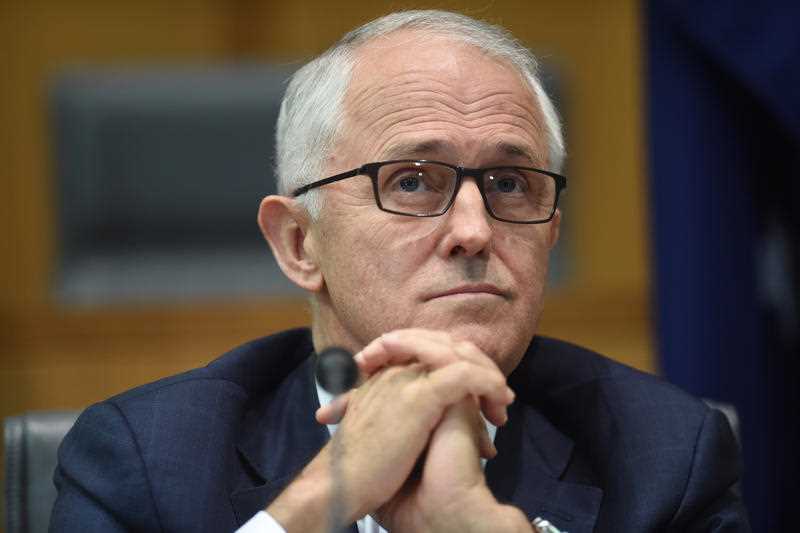 In September, I had published on this website my article Malcolm Turnbull’s report card: the verdict. It referred to the fact that September 14 marked one year of Turnbull leading the government as Prime Minister, having taken that office from Tony Abbott on September 14, 2015. I rated his performance as a B minus.

Now that Turnbull has completed a full calendar year as leader, do I change my mark? I am genuinely sorry to need to write this but I HAVE changed my mark. It is now C plus. I am surprised at this but the optimistic predictions I made for him in October and November have not materialised.

Back in September, Turnbull had only one legislative achievement, the Commonwealth Electoral Amendment Act 2016 in which he, in collaboration with Barnaby Joyce, Richard Di Natale and Nick Xenophon, foisted this awful Senate electoral system upon us so that there could be a double dissolution.

I began the year 2016 with my article Senate reform still crucial. It was crucial then – and it still is. Turnbull’s choice of the WRONG Senate reform makes it so.

My election-eve prediction (posted here on Thursday June 30) was Xenophon tipped as biggest Election Day winner. Was that a good prediction? Should I not have predicted Xenophon and Pauline Hanson as the TWO biggest winners? No, I think today Xenophon WAS the biggest winner. He, and one other NXT senator, have six-year terms and there are no signs of any defection from his ranks. By contrast, only Hanson herself has a six-year term and her team is lacking in discipline with the likelihood of Rod Culleton (WA) defecting in the New Year. See my article posted here on Wednesday August 24: Was Pauline Hanson elected to a six-year term? Please explain.

The Power of Xenophon

I happen to think that the power of Xenophon is bad for economic policy – and the same applies to Derryn Hinch (Victoria) and Jacquie Lambie (Tasmania). The three of them, combined together with Labor and the Greens, damage the legislation for which the government had a mandate. When the double dissolution was proclaimed on Monday May 9, the list of three deadlocked bills included two related bills to re-establish the Australian Building and Construction Commission (ABCC). The third was the Fair Work (Registered Organisations) Amendment Bill 2014. The achievement of Turnbull on that is not disputed. It was passed in a form GENUINELY acceptable to the government.

The ABCC will be re-established. However, amendments to its operation made at the insistence of Xenophon and Hinch essentially mean that Turnbull’s face has been saved. No more. Here is where Turnbull’s boast is hollow. In various newspapers on Saturday December 10, Turnbull was quoted to say: “We are the first government since 1951 to take legislation to a double dissolution election and get it carried through the Senate without going to a joint sitting. That was Menzies in 1951. That’s no mean feat. The superannuation changes were very substantial. There are over $6 billion in savings over the forward estimates.”

Let me describe what I make of that. There have been seven double dissolution elections. In three (1914, 1975 and 1983) the government lost office. In four, the government retained office – 1951, 1974, 1987 and 2016. So, Turnbull’s DD belongs to the successful half. However, Menzies in 1951 and Hawke in 1987 genuinely achieved what they set out to achieve – and remained in office long thereafter. Who was more successful, Whitlam in 1974, or Turnbull in 2016? If Turnbull wins again in 2019, I would say Turnbull was more successful. However, I would point out that Whitlam was able to get all his DD bills passed by the August 1974 joint sitting UNAMENDED. Turnbull failed to achieve that. His election win was so weak he was forced to accept a miserably compromised ABCC instead.

The political year effectively ended on Friday 9 December. That day ended a horror week for Turnbull. On the preceding Monday, Josh Frydenberg, his hitherto very successful Environment and Energy Minister, was humiliated when he released the terms of reference for the government’s long-scheduled review of climate policy. After making his full statement he said the following in answer to a question: “We know that there have been a large number of bodies that have recommended an emissions intensity scheme, which is effectively a baseline and credit scheme. We’ll look at that.” After Senator Cory Bernardi raised hell against that innocuous statement, Turnbull denied Frydenberg. I think I have given enough explanation as to why I have lowered the B minus mark I gave to Turnbull back in September.