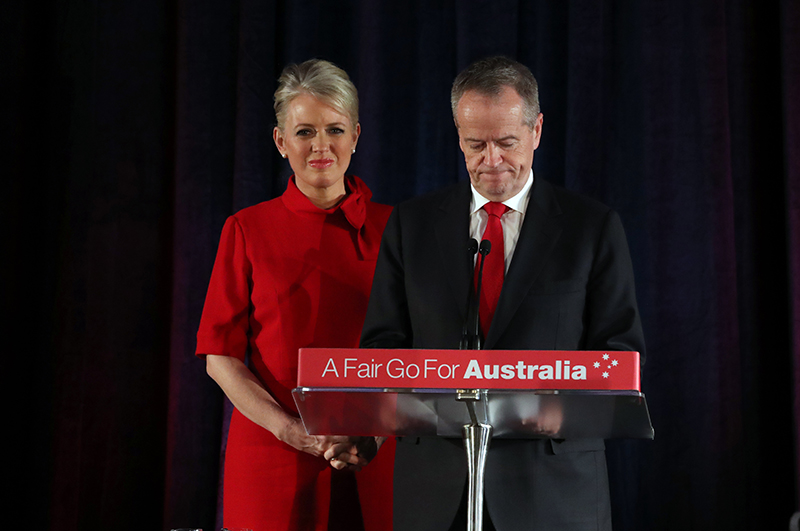 This Federal election, I got it wrong

Following the recent federal election I received several e-mails asking me to apologise for making wrong predictions in respect of that event. For example, Greg Fraser wrote as follows: “Most pundits have blamed the polls for their prediction that Labor would win by a country mile, they were obviously listening to the inner city Melbourne Latte set rather than the Queenslanders who are sick to the back teeth with the current inept Labor government here in QLD, re jobs. There (sic) the next ones for the chopping block as Anastasia (sic) does back flips on the much needed jobs re Adani. This small apology would set you apart from the others who blamed the polls and tea leaves in their morning tea cups!”

I am sorry to tell Greg but I cannot apologise. The truth is that my predictions were just as opinion-poll-induced as all the rest. I can, however, indicate that I have developed a strategy over the years. At 80 years of age my strategy enables me to proclaim myself as the original and the best election forecaster in Australia.

In 1963 the then Gallup Poll predicted the defeat of the Menzies government but I was quite confident of another Menzies victory. Perhaps that was because I was employed as a Liberal Party research officer at the time!

In 1993, 1998 and 2004 all manner of pundits predicted the outcome wrongly. By contrast (and I can prove this from my then articles in The Australian newspaper) I was alone in predicting Paul Keating’s election win with an increased majority, strikingly accurate predictions of seats in 1998 and uniquely predicting that John Howard would win a Senate majority in 2004.

There are, therefore, two elections when I got it wrong. My experience in the first case taught me a valuable lesson for the second.

The first case was the October 1980 third victory for the Fraser Government. In that election I preceded the event with a book Elections 1980 in which I made a forecast several months before the event of another Fraser win. Thereafter it went badly for me.

Back in 1986 there was a biography published of my family titled Scholars and Gentlemen by Joan Priest and published by Boolarong Publications. On page 292 reference is made to my Elections 1980 prediction and these words follow:

“This was close to the final result. However, in the month before the election he vacillated wildly in his predictions, with the ever changing Gallup Polls, which did indeed indicate a very volatile electorate. In his Bulletin article in mid-September he stayed more or less with his original prediction (Fraser Government victory of 13-19 seats), two weeks later when Gallup Polls showed a decisive swing to Labor, he changed his tune and thought the Government would be defeated. A week later he was in a state of ‘great uncertainty’ and vacillated between a narrow Government win and a 23 seat Labor victory.

“The fact is that the electorate was very uncertain and was gearing itself for change, but being essentially conservative, took another three years to bring that change about. Malcolm was simply caught up in this vortex and would have been infinitely wiser to remain silent. His reputation as a pundit suffered badly in consequence, for he was so spectacularly wrong on this occasion that he played into the hands of critics, his predictions became something to joke about, and everyone forgot that he was more frequently proved right than wrong.”

I learnt these lessons from that experience. First, choose wisely the day for the big prediction. Second, explain yourself carefully. Third, make just one prediction and stick to it. My rule is that it is better to be wrong than to vacillate. To vacillate makes a fool of you. The occasional wrong prediction does no harm to one’s reputation.

At this recent federal election (having correctly predicted the NSW state election results) I offered articles with my pendulum to four newspapers, all of which paid me for pendulum plus article. They were Sydney’s Daily Telegraph, Melbourne’s Herald Sun, Brisbane’s Courier Mail and Adelaide’s Advertiser.

The best presented article was in the Melbourne paper under the heading “Major swing still unlikely”, for Friday 12 April. In that article I expressed the prediction that the opinion polls would not change greatly, Labor would win 51.3 per cent of the two-party preferred vote and would, on my pendulum, therefore win a narrow majority in seats. That was repeated much later on Switzer.

It all looked so correct right up to polling day – even to 6.30 pm when Channel 9 (the one I watched for the whole night) revealed an exit poll of 52-48 Labor’s way.

I ended the night saying to myself that I had learnt the lesson of 1980. Yes, I was wrong but I certainly did not make a fool of myself.

(Malcolm Mackerras is Honorary Fellow of Australian Catholic University. malcolm.mackerras@acu.edu.au. His website can be visited at www.malcolmmackerras.com)