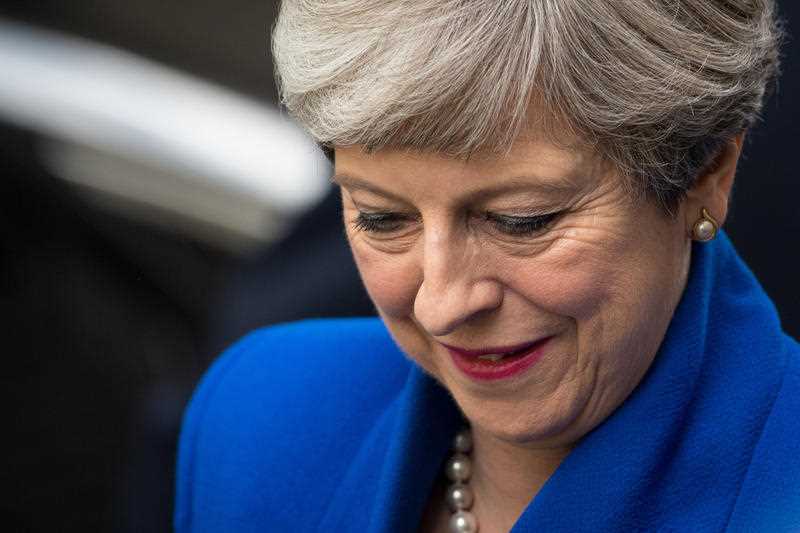 Soft-as-soap Brexit on the cards?

This article is, in effect, an update to three articles I have had published on this website. The first was titled: “What do the Americans and the Liberal Party have in common?” published on Tuesday, April 21, 2015. Its opening lines were: “Winston Churchill once famously remarked that ‘the Americans can always be relied upon to do the right thing – but only after they have exhausted every alternative.’ If you read on, you will see the relevance of that remark to Australian politics.”

The second was “Brexit and The Donald: both big mistakes?” published on Thursday, November 17, 2016. Its opening sentence was: “Both Brexit in June and Donald Trump’s victory in November were mistakes by the British and American people, respectively.” The third was “Theresa May: The first great British PM of the 21st century?” published on Wednesday, April 26, 2017.

My update is to say that I am still very proud of the first two articles but I now regret having written the third. It started off well enough, but its later part lapsed into poor judgment. How could I have overestimated May so badly? My first (essentially minor) mistake was to think that opinion polls one month out from polling day would translate, roughly speaking, into votes on polling day.

My more serious mistake was this: I had far too many conversations with British commentators. They persuaded me of something which was quite contrary to my Australian instincts. My view had been that the whole idea behind the Brexit referendum was obviously such a disaster, its 52-48 vote for Brexit surely must never prevail. They persuaded me otherwise: it was a respectable vote from the people. Much as I thought the whole Brexit idea to be both mad and bad, the voice of the people must be respected, they averred.

On Monday, Paul Kelly in The Australian had published an article which was up to his usual high standard but it included this sentence towards its end: “It is wrong to see the British election as a repudiation of the 52-48 Brexit vote at the referendum yet it is idle to deny the manifest elements of such sentiment, notably in the pro-EU stance of the youth vote that turned out in force against May this time, having failed last year to appear at the referendum ballot box.” Sorry Paul, your main contention is wrong. History will record that this general election result WAS a repudiation of that referendum.

The next two sentences from Kelly were: “It is still most unlikely the Brexit decision will be reversed. That could only come with a new government and a new referendum result.” Sorry Paul, you are wrong again. There will be no new referendum to be sure. That apparent Brexit decision, however, has already been reversed without the need for another referendum.

Australia and the United Kingdom have one thing in common. They both do general elections for their national lower houses very well indeed. Their systems differ in that the British are lucky enough not to have a Senate. (For details on that proposition, however, see several of my articles on this website.) They differ in a much more important respect. We in Australia know how to do referendums, which we do very well. On the rare occasions that the British do referendums, they do them very badly.

Referendums are an important part of the Australian Constitution. We have had 44 of them and in every case, the result was the right one. There are, however, two interesting details to note. The first is to record the affirmative vote in the eight successful referendums. It ranged from a high of 90.8% to a low of 54.4%. The checks and balances of our Constitution would never allow a miserable 51.9% Brexit-style affirmative vote to insert a bad change into our Constitution.

The second detail is to note is that five bad changes have been rejected, notwithstanding getting a majority nation-wide affirmative vote. Furthermore, it is universally acknowledged that if the British had been lucky enough to have our compulsory vote (at elections and referendums), their nation-wide vote would have been to remain in the EU. The young would have voted at the Brexit referendum and the British people would have been seen to reject Brexit in 2016, saving all the trauma which they have suffered as a consequence of the mistaken decision to have such a flawed referendum.

So, who should the Conservative Party blame for its current predicament? The answer I give is that the men are to blame, not May who simply volunteered to take David Cameron’s job when he retired. It should be noted also, that she won the job in a genuine democratic vote among the Conservative rank and file. Unlike Malcolm Turnbull, she did not snatch the job from another PM in a party coup. When I say “the men”, I mean Cameron, George Osborne, Boris Johnson, Michael Gove and Liam Fox. They have a lot to answer for.

Readers may wonder why I am so proud of my first article cited above. The answer is that it enables me to coin a new quip. “British politicians can always be relied upon to do the right thing – but only after they have exhausted every alternative.” I predict within two years I shall be saying that. Having tried every alternative to doing the right thing they will come to their senses, accept a purely nominal, soft-as-soap, Brexit which will be humiliating for them but good for the country as a whole.

Finally, I still think Jeremy Corbyn to be unelectable. I predict that he will follow the career of a former leader of the Australian Labor Party, Arthur Calwell, who was Leader of the Opposition for nearly seven years from 1960 to 1967. I remember well that when the caucus chose him in March 1960, he was thought to be unelectable. However, for a few months from very late 1961 through much of 1962, many people revised their opinion. He never became Prime Minister of Australia.