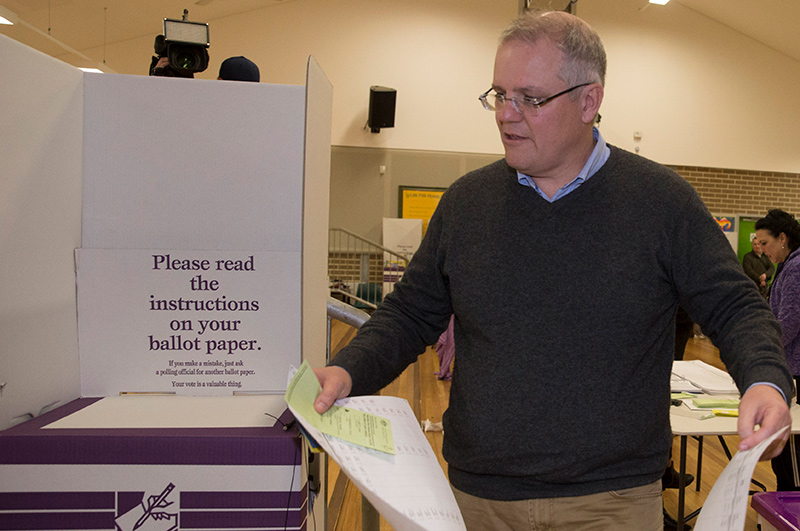 Scott Morrison v Bill Shorten: who will win the next election?

So, as I expected, they yet again rejected my advice and yet again I assert their rejection of my advice will do them no good. That, surely, must be clear to anyone with their head screwed on.

Quite apart from the crash of the Coalition in the opinion polls, we now have the phenomenon of federal members/senators from the Liberal Party being constantly asked this question: “Why did you do it?” The honest answer would be: “We did it so that Tony Abbott could get his revenge on Malcolm Turnbull” but that, of course, is not the answer they give.

In that article I also wrote: “If he (Peter Dutton) thinks he will win Dickson at the next election, he should think again. He would be better off losing Dickson as a mere cabinet minister than losing it as prime minister.”

After doing some calculations of the effect of boundary changes on Dickson, I wrote: “The truth is that all these minute calculations will make no difference. He will lose Dickson. The Liberal Party would save more pieces of furniture by retaining Turnbull as their leader.”

Posted on this website on Thursday 31 May was this article by me: “Who will win the Super Saturday by-elections?” In that article I gave the Liberal Party a 30% chance in Braddon and a 20% chance in Longman. I also wrote: “Readers may be surprised that I should rate Braddon a better chance for the Liberal candidate than Longman. My explanation is simple: on the most recent state election vote Braddon is solid for the Liberal Party, while Longman is solid for Labor.”

To my surprise, many pundits - influenced excessively by the opinion polls - thought the Liberal Party would perform quite well on Super Saturday. This warns me against opinion polls between now and the 2019 general election. They will tighten and Scott Morrison will soon lead Bill Shorten on the question of who would make the better prime minister. Readers, however, should be warned against getting too optimistic on behalf of the Coalition. The Liberal Party is in a mess.

I think Morrison will lead the Liberal Party for a long period of time – some six months as prime minister and then a lengthy period as Leader of the Opposition. It would not entirely surprise me if he is prime minister twice. To keep his leadership of his party, all he needs to do is turn in a reasonable showing at the 2019 general election. By this time next year Dutton will be out of the House of Representatives and Tony Abbott will be so discredited he would not be a threat.

For those reasons I expect the election after next will be for the House of Representatives and half the Senate and held in November 2021. Prime Minister Bill Shorten will lead Labor into that election while Opposition Leader Scott Morrison will lead the Liberals.

The 46th Parliament will be the first since John Howard’s last term (2004 to 2007) in which there is no change in the office of prime minister during the term.