My final predictions: an Abbott or Rudd government? 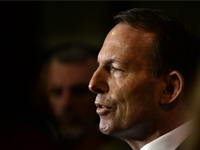 My final predictions: an Abbott or Rudd government?

Back on Wednesday, May 8, Peter changed to me in Canberra and he interviewed me for SWITZER face-to-face in the Parliament House Sky studio on that night. At the time I assumed Julia Gillard would still be prime minister at the dissolution of the House of Representatives and the election would be held on September 14, as she had announced late in January.

I gave to viewers a forecast as follows: “For the House of Representatives I predict 103 seats for the Coalition, 45 for Labor and two others, in the seats of Denison and Kennedy. Labor’s seats will consist of 44 retained and one gained from the Greens, Melbourne.” When Peter asked me specifically about New England I replied confidently that Barnaby Joyce would be the winner, defeating Tony Windsor. Consequently I was not surprised when Windsor later announced his retirement.

Move forward exactly three months to Wednesday August 7 and my article “A clever political trickster is our Tony Abbott” was published on this website. It was my first prediction of the result made anywhere since Kevin Rudd had returned to the office of prime minister on the morning of Thursday June 27. Here is what I wrote: “I am predicting there will be 81 Coalition seats (67 Liberal, 14 National), 66 for Labor and three others. That would mean the Abbott Government would have an absolute majority of 12 seats.”

My article did not state which seats I meant by “three others” so I shall now admit I meant Denison (Andrew Wilkie), Kennedy (Bob Katter) and Indi which, at that stage, I thought would be won by the Independent candidate, Cathy McGowan. I withdraw that now. I predict Sophie Mirabella, the sitting Liberal member, will be re-elected in Indi.

People ask me how I come up with the kind of numbers quoted above. There is a simple answer. I make an assessment of the likely nation-wide distribution of the two-party preferred vote and apply it to my pendulum. My assessment of that distribution is normally based on the most reliable recent poll. In that sense I admit these have been opinion poll induced predictions.

People say that my pendulum is useless because it assumes a uniform swing and, as we all know, swings are never uniform. To that I reply I have drawn pendulums for federal elections since 1961. There were 20 federal general elections from 1961 to 2010 (inclusive) and, in addition to casting my own vote at all 20, I have drawn pendulums for all of them, for my own amusement in 1961, 1963, 1966 and 1969 and for publication from 1972 to the present day.

It does not matter that the swing is not uniform. I have learnt from experience that the deviations from uniformity can be relied upon to cancel out. Of the 20 elections cited above only in 1987 and 1998 did the pendulum fail in the sense of the deviations not cancelling. In 1987 the beneficiary was Bob Hawke, in 1998 John Howard.

My current pendulum was published in The Australian newspaper on Monday August 5 (page 13) accompanied by an article explaining its working. When my next article was published on this website (August 7) the most recent Newspoll had the parties at 52-48 in two-party preferred votes in favour of the Coalition. Reading the pendulum gave me a net eight gains for the Coalition. Since the Coalition won 73 seats in 2010 that meant I predicted 81 seats for the Coalition. I had in mind the Liberals gaining seven seats from Labor while losing Indi, and the Nationals gaining the seats of Lyne and New England from Rob Oakeshott and Tony Windsor, respectively. I have never been in any doubt that Melbourne would be won by Labor’s Cath Bowtell, defeating the incumbent, Adam Bandt of the Greens.

At the time of writing the most recent Newspoll has the parties at 54-46 and I believe that is what it will be on polling day. Counting up my pendulum to the point where the division of the overall vote is 54-46 (a swing of four per cent) there are 14 gains for the Coalition from Labor. That is the number of Coalition gains I expect, with the deviations from uniformity cancelling out.

Looking now for a further six Coalition gains I begin with Lyne and New England where the Nationals will pick up the seats of the retiring country independents who were de facto Labor members in the 43rd Parliament.

That means I must now find four more Liberal gains from Labor. The four I choose are all seats where the betting odds (reported in The Weekend Australian for August 17-18, page 12) favour Liberal candidates. Two of these are in Tasmania, Bass (requiring a 6.7 per cent swing) and Braddon (7.5 per cent). The other two are in New South Wales, Reid (2.7 per cent) and Dobell which was won by Labor in 2010 and needs a swing of 5.1 per cent.

So I now re-write my forecast as follows: “I am predicting there will be 87 Coalition seats (73 Liberal, 14 National), 61 for Labor and two others, in the seats of Denison and Kennedy. That would mean the Abbott Government would have an absolute majority of 24 seats."

There are three final points.

First, I am predicting that Eden-Monaro will lose its alleged bellwether status. Let me remind readers, however, that in 1949, 1951, 1954, 1955, 1958, 1961 and 1963 Bob Menzies led the Coalition to victory but Labor won Eden-Monaro. When Abbott does a list of similarities he has with Menzies this would go on his list.

Second, my predictions involve no change in the Australian Capital Territory, the Northern Territory, South Australia and Western Australia.

Third, when I am asked how many seats Kevin Rudd saved for Labor I shall say 16. That assumes my predictions are right. It is the difference between the 61 seats won by Labor under Rudd and the 45 seats that would have been won under Gillard. The figure of 45 cannot be proved wrong. Time will tell whether the 61 figure is a correct forecast.