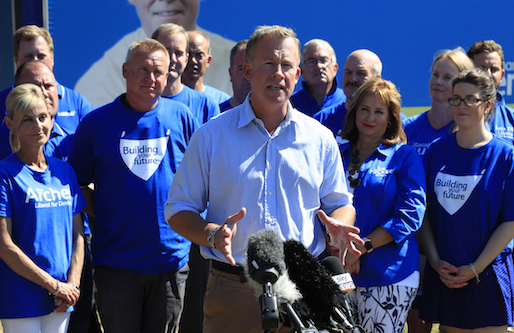 Last Sunday, 28 January, Tasmanian Premier Will Hodgman, announced that there would be a general election in his state on Saturday 3 March, a fortnight before the fixed date of the South Australian election, in respect of which I shall make predictions in due course. Meanwhile I feel I have a duty to readers to make my Tasmanian predictions today.

At the general election held on Saturday 15 March 2014 (which date chanced to be the same as in South Australia) the Liberal Party won 15 seats, Labor seven and The Greens three. The Liberal Party’s 15 was made up of four in Braddon, three each in Bass, Franklin and Lyons and two in Hobart-based Denison. Labor’s seven was made up of two in each of Denison and Lyons and one each in Bass, Braddon and Franklin. The Greens won a seat in each of Bass, Denison and Franklin. There are five members for each of five federal divisions which are used for state purposes. Election is by the Hare-Clark system of proportional representation.

I make absolutely firm predictions for Bass, Braddon and Denison. In Bass and Braddon, it will be three Liberal and two Labor while Denison will be exactly as last time, two for each of Labor and Liberal and one for The Greens. Thus far, therefore, Labor has nine seats, a gain from Liberal in Braddon and from The Greens in Bass. So The Greens are down to two members and that is the number I confidently predict they will have.

Tasmanian elections are quite unlike those of any Mainland state. First, there is the Hare-Clark electoral system which means they can, in some ways, be compared and contrasted with elections in the ACT which also has Hare-Clark. Yet Tasmania is not really comparable with the ACT because Tasmania has a governor and the ACT does not. Whether the present governor, Kate Warner, will play a role post-election is hotly debated among pundits. I do not think so because I think the Liberal Party will win the election.

It is predicted by some pundits that Labor’s new leader, Rebecca White, who will be 35 years old come polling day, is going to repeat the performance of New Zealand’s new Prime Minister, Jacinda Ardern, who is 37. The argument is that both parliaments are elected by systems of proportional representation. What such an argument overlooks is that the two PR systems are such very different types of PR. In short, Tasmania’s system is good and New Zealand’s is bad. It is not, however, quite as bad as that which gives the Australian people their 76 senators.

In New Zealand, there are 120 members of the House of Representatives of which 71 are elected from single member electoral districts and 49 are party machine appointees (called “party list” members) who “top up” the directly elected members to make it much “purer” PR (according to its supporters) than Hare-Clark. But in each of the Australian Hare-Clark jurisdictions all 25 members are directly chosen by the people which makes Hare-Clark vastly superior to the PR systems of New Zealand and the Australian Senate. For my review of the recent election across the Tasman readers are referred to my article “It’s not the voting that’s democracy, it’s the counting” published on this website on Wednesday 8 November last year.

The second feature which makes Tasmanian elections so very different from any Mainland state is Tasmania’s position as a “mendicant” state. That is due to the fact of it being an island, not because it has been badly governed. Yet it leads to commentary of the kind given by Graham Richardson in “The Australian” recently. In his piece titled “Rest of country to pay for promises” for Monday 29 January he began: “It has often been said that Federation was a plot against New South Wales. It was the biggest fish in the pond and the other fish banded together to limit the power of the biggest state.”

Then he wrote this: ”The problem is that a new Tasmanian government will do what every Tasmanian government has done. It will pass a grab-bag of policies it knows it cannot pay for. The other states, with the exception of the other basket case, South Australia, will pay to keep Tasmanians in the manner to which they have become accustomed.”

There is, as they say, “something in” all of that. However, I do not think I have the space to mount a full debate with Graham Richardson about all his assertions – so I leave it at that. I agree with him about some of his assertions but disagree with others. I may return to that in a later article.