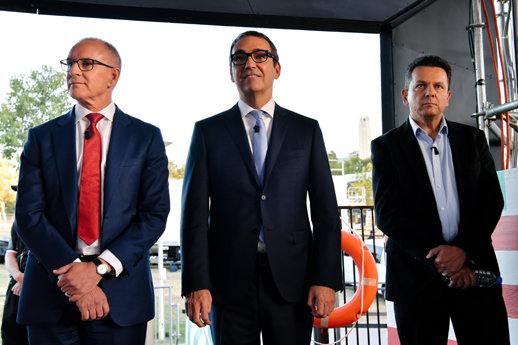 SA Election: Will Xenophon be king-maker?

Having made near-perfectly-correct predictions for Tasmania’s recent election “Island politics: Spotlight on Tasmania’s election”  I am emboldened now to chance my arm on South Australia whose general election will occur on Saint Patrick’s Day, Saturday March 17. I begin by noting that I have already predicted this election result – more than a year ago. In my article  “Leadership Shakeup for WA and SA?” (published on Thursday February 9, 2017) I correctly predicted the Labor win in Western Australia and went on to write: “By way of contrast, the opposite will happen in South Australia in March 2018. The Labor government there will be defeated and replaced by a government composed of one party only, the Liberal Party. Labor’s Jay Weatherill will lose the office of Premier to Steven Marshall”.

That, of course, was written long before Nick Xenophon decided to resign from the Senate in order to contest the state seat of Hartley in the SA House of Assembly. So, do I stick to that prediction? Or do I change it, asking to be excused my change of mind by using Xenophon’s decision as my excuse? As explained in detail below I have decided to stick to the prediction that Marshall will be Premier in a majority Liberal government.

That left two others, both seats which would normally be won by the Liberal Party. They were Frome, based on Port Pirie, and Waite, in Adelaide’s salubrious southern suburbs. Port Pirie is a Labor town but the surrounding countryside (which is almost entirely to its south) votes solidly Liberal. It would be a Liberal seat except that it has a popular Independent member who won the seat as an Independent but supported the Labor government. Waite is blue-ribbon Liberal but its member, Martin Hamilton-Smith, decided to be a minister in the Labor government. My predictions begin by asserting that both Frome and Waite will be won by the Liberal Party.

The big problem lies with SA Best, Xenophon’s party. However, I chance my arm on saying there will be two such members in the House of Assembly. They will be Xenophon himself in Hartley, taken from the Liberal Party, and one other member in Giles, a gain from Labor. Giles takes in the steel-making city of Whyalla plus a third of South Australia’s area to Whyalla’s west. It is Labor’s only regional seat.

At the general election held on Saturday March 15, 2014, the two-party preferred vote was distributed 53-47 in favour of the Liberal Party, which party lost the election! Due to the obvious unfairness of such a result there has been a redistribution of seats which creates a notional result (on the new boundaries) of 27 Liberals to 20 seats for Labor.

If all the above is correct, then Xenophon will be very disappointed – but not devastated. I say that because there are plenty of pundits who think he will not win Hartley. For that seat to be won by the Liberal sitting member or the Labor former member would be devastating for Xenophon. So I do not think it will happen. On the other hand I am not predicting he will be king-maker. Since that is the aim of his quixotic decision to leave the Senate my predicted result, if proven as correct as my Western Australian, Queensland and Tasmanian predicted results, would leave Xenophon very disappointed indeed.

Two by-elections will be held on the SA general election day, March 17. One is very easy to predict. The Liberal Party will retain blue-ribbon Liberal Cottesloe (WA), the seat resigned by the former premier, Colin Barnett, who has retired from politics.

By contrast, Batman (Victoria) is interesting. Once again my prediction is on the record. In my article here (show “Who’s to blame for the citizenship scandal?” in blue) I wrote that “Labor will lose Batman to The Greens at the next election whenever that election is held”. Do I stick to that? I give an affirmative answer. The Greens candidate, Alex Bhathal, will be elected for Batman.