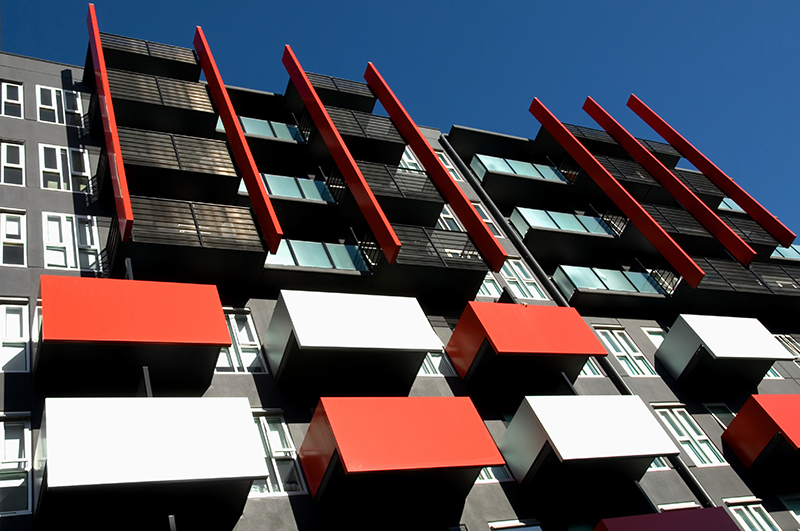 The era of uninspired common areas in apartment blocks is over.

Rooftops that once had no purpose are now impressive entertaining and socialising zones where residents can stretch out with a drink in their private cabana, cook a meal in a state-of-the-art outdoor kitchen, kick back on a beanbag and pick fresh produce from the communal vege patch.

As discussed in our 2019 McGrath Report, stylish developments are seeing much more focus on common areas to differentiate their buildings and create more lifestyle appeal for time-poor buyers.

They are adding value and functionality to spare space and aiming to create a significant ‘wow factor’.

The body corporates of older buildings are also investing in the redesign of their common areas.

In 2013, the residents at Paloma in Surry Hills, Sydney hired revered design house, BKH to create a spectacular rooftop terrace, where residents could sit with friends in elegant timber cabanas for a front row view of beautiful sunsets over Prince Alfred Park.

The newest types of common spaces include the shared entertainers’ kitchen, yoga studios and a return to the once despised shared laundry – now considered a socialising opportunity in beautiful rooftop or garden surrounds.

Shared rooms arguably provide better value to young buyers, who would rather pay less for a smaller crash pad that comes with a selection of outdoor areas where they can relax and entertain friends.

As the affordability challenge grows in Sydney, some buildings are purposely being built with smaller, more affordable apartments but much more grand common entertaining spaces that residents can enjoy, rather than entertaining in their own apartments.

The Commons in Brunswick, Melbourne has a communal rooftop laundry amongst its gardens, vegetable plots and timber decks with banana chairs.

Breathe Architecture says the laundry was one of a series of construction savings that made the apartments cheaper to buy and run, earning them scores of sustainability awards, while also encouraging social interaction between the residents.

Shared kitchens are a fairly new idea, with many younger people, in particular, responding to the concept of a stylish, compact apartment with access to larger, more glamorous communal facilities.

They’d rather dial deliveroo for weekly dinners and entertain in the residents’ kitchen when required.

Parque residents have exclusive access to the kitchen with its Miele appliances, a temperature-controlled wine cellar and a dining area for 16 guests – all bookable online for dinner parties and family gatherings.

Shared basement parking is also on the way out – replaced by bike rooms or racks, a GoGet car either in the building or on the street, or no parking at all if enough public transport is nearby.

In Victoria, local governments can waive their planning schemes’ on-site parking rules, as happened with The Commons. Located next to a train station and major bike path, Moreland City Council allowed the block to have a permanent GoGet rental car on site instead of parking.

In New South Wales, planning laws were changed in 2015 to allow new apartment buildings to have smaller floor plans and less parking, as long as public transport options were easily accessible.

The recent construction boom along the East Coast of Australia has resulted in many fantastic new buildings coming to market – many with outstanding residents’ facilities.

As common spaces evolve and more people choose apartment living for lifestyle and/or affordability, buildings with truly exceptional residents’ spaces and facilities will inevitably develop superior reputations in the marketplace that will ultimately add value to every apartment.

Just like house buyers want to buy on the best street or in the best neighbourhood, Australia’s apartment dwellers will increasingly desire certain buildings with the ‘wow features’ they love.

Keep this in mind next time you’re looking to buy. Modern day common facilities can really enhance your ‘at home’ lifestyle – just make sure the strata levies aren’t too high.

HOT SPOTS: how to find the best suburbs to buy
Mortgage stress rising but how do you beat it?
Symond says house prices have risen too far, too fast.
Too hot to handle: property buyers beware!
The future of housing in Australia