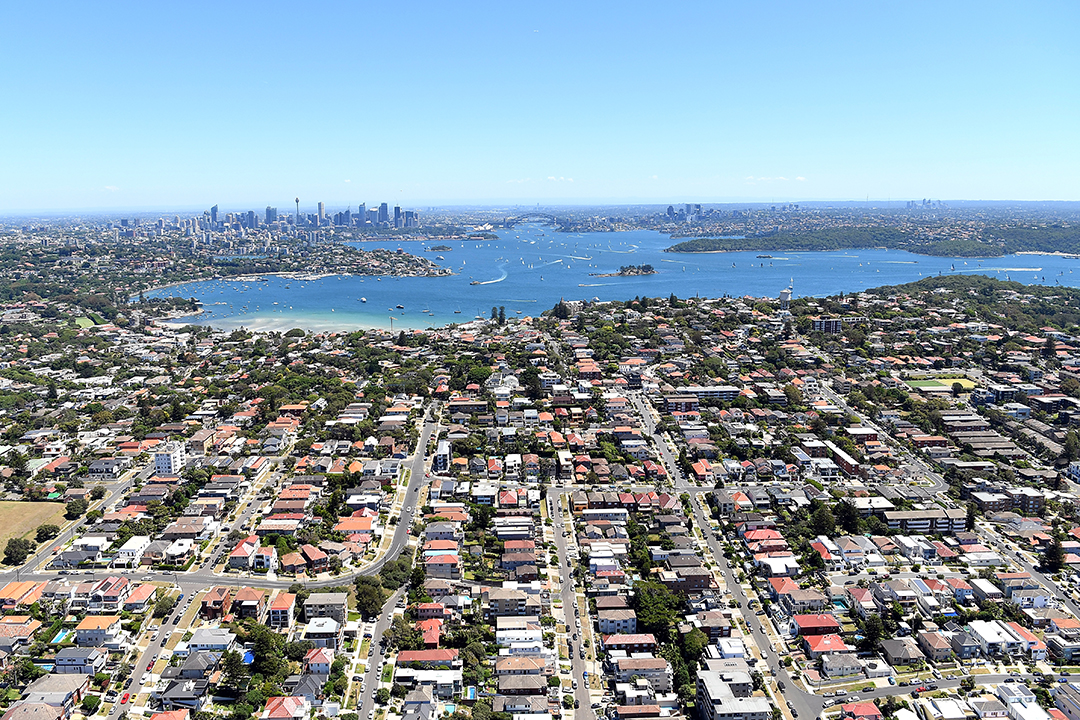 Sydney is experiencing a strong Spring market with clearance rates in the upper 70% range. We are well and truly off the market floor, with many sellers celebrating exceptional results so far this season due to a low volume of homes for sale and rising buyer demand.

As discussed in our just released McGrath Report 2020, the Sydney market turned the corner a year earlier than expected, with a combination of factors including the ‘ScoMo effect’, APRA’s easing of lending criteria and interest rate cuts bringing forward a conclusion to the steepest correction on record.

Credit restrictions relegated many buyers to the sidelines in 2018 and the first half of 2019, resulting in new loans to NSW owner occupiers falling 28% and investment lending halving from their peaks, according to the Australian Bureau of Statistics.

On the flip side, falling prices have inspired the highest level of first home buying in Sydney in seven years.

Stamp duty concessions, a $10,000 grant on new homes, interest rate cuts, expedited savings via the Super Saver Scheme and now, help with the deposit via the new First Home Deposit Scheme, starting in January 2020, will enable many young people to achieve the dream of home ownership.

At the market turn, Sydney’s median house price had fallen to $866,524 and the median apartment price was $682,374. Buyers have now re-engaged, many with new funds after having their borrowing capacity reassessed following APRA’s lowering of the serviceability bar on new loans from July.

Since the first month of price growth in June, Sydney values have improved by 3.6%.

Modest price growth is expected in coming years, with CoreLogic-Moody’s Analytics predicting 7.9% house price growth for Sydney over CY20 and CY21, with best gains in Sutherland (15.9%), Baulkham Hills/Hawkesbury (15.3%), Blacktown (13.5%) and the Northern Beaches (10.8%).

Critical new infrastructure bringing Sydney’s affordable outskirts closer to the CBD continues to be rolled out across the city.

The Sydney Metro North West heralded a new era for the Hills District, with immense opportunity to capitalise on the new train line following house price dips of -13.9% in Castle Hill, -18.3% in Rouse Hill and -8.3% in Kellyville in the 12 months to June 30, 2019, according to CoreLogic.

Also recently opened is the first underground section of WestConnex – two 5.5km M4 tunnels from Homebush to Haberfield, reducing the trip from Parramatta to the CBD by up to 20 minutes.

As Sydney continues to grow, traffic congestion, overcrowding, lack of family time and the high costs of living are motivating people to change their living arrangements according to their priorities.

The most common trade-off is families living in apartments close to work in the CBD, while others accept a long commute in exchange for the traditional house on a quarter acre block.

More families are choosing public schools instead of costly private education and buying according to catchment zones.

Others are choosing to work, live, play and stay in burgeoning suburban mixed-use precincts where new apartments, office towers and recreational facilities are combined to allow them to stay local.

There is growing interest in master planned estates, with an abundance of shared facilities such as parks, playgrounds, aquatic centres, gyms and childcare giving people more time with their families.

In Sydney’s prestige market, entrepreneurs are investing major capital into trophy homes, with Australia’s first $100 million sale in FY19 and a $140 million sale reported just last week for a penthouse and sub-penthouse purchased in one line off-the-plan at Barangaroo. Both sales went to locals.

A shortage of prestige stock, buyer re-engagement after the Liberals’ election win and the opportunity to borrow hundreds of thousands of dollars more under relaxed lending rules led to Sydney’s most expensive market quartile recording the greatest price growth over the September quarter, according to CoreLogic.

The low Australian dollar has also led to renewed interest from ex-pats, somewhat offsetting less demand from foreign buyers due to capital controls out of China.

The construction issues surrounding Opal Tower and Mascot Towers have shaken confidence in the new apartment sector. Given the crucial role of vertical living in accommodating Sydney’s population growth, the state government is expected to introduce tough new building regulations after a parliamentary inquiry as they seek to restore confidence to this sector.

With lending now easier and mortgage rates at their lowest levels since the 1950s, Sydney is once again an exciting buyer’s market for long term capital growth.