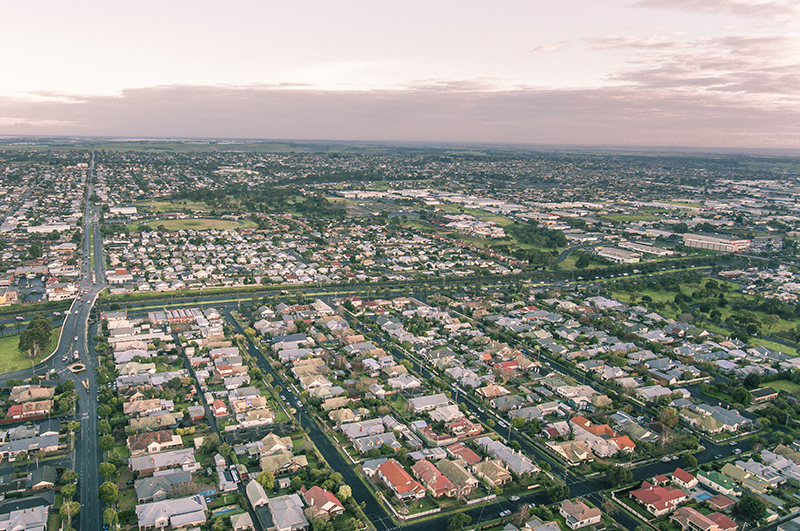 Regional is the new black

With their impressive population growth, buzzing local economies, improved amenities and infrastructure, affordable housing and increasingly attractive lifestyle as our capital cities get busier and more expensive, regional bridesmaid cities are beginning to rival the real estate brides of Sydney, Melbourne and Brisbane

No longer sleepy, second-tier towns overshadowed by the glamorous capitals, many of Australia’s regional cities have come of age and are now thriving economic centres with hundreds of thousands of residents.

Housing has always been cheaper but regional areas now offer so much more, with burgeoning café scenes, major shopping centres, good transport and plentiful job opportunities without the traffic, pollution, noise and time poverty that comes with big city life.

As revealed in our recently released annual McGrath Report 2019, lifestyle markets and satellite cities within two hours’ commute of primary metropolitan areas are the biggest winners of the metro-regional switch.

While affordability remains a key reason to move, buyers are increasingly talking about escaping from city stress, traffic and cost of living pressures, too.

Population growth is no doubt contributing to the greater hustle and bustle of city life. Australia’s population hit 25 million in August 2018, 33 years earlier than forecasts published by the Australian Bureau of Statistics (ABS) in 1998.

Given almost 80% of Australia’s residents live in the four east coast capitals alone, it is not surprising that some of us are feeling a bit crammed in.

With surprisingly comparable wages and a vast differential in house prices, the metro-regional trade-off is increasingly compelling.

Improved infrastructure has reduced the commute from many regional areas to capital cities, enabling switchers to enjoy a big city income with a relaxed small town lifestyle.

The NBN rollout has led to more city folk working remotely or establishing start-ups as part of their lifestyle change.

Jobs in the larger regional centres are increasingly plentiful, boosted by a deliberate strategy to decentralise government departments to regional locations.

Bendigo is set to benefit from a new GovHub office that will bring 1,000 new and relocated public sector jobs to the CBD. Construction will create 70 jobs, with completion due in late 2021. Two other GovHubs are also being developed in Ballarat and Latrobe Valley.

After Geelong in Victoria lost its Ford and Alcoa steel plants, the local jobs market rebounded following federal support for a $100 million rail duplication project and a $100 million pledge for an Advanced Manufacturing Fund for Victoria and South Australia in 2017.

In some cases, average wages in regional areas are higher than capital cities.

In Geelong, individuals aged 15 and over received a median $616 weekly income in 2016, $84 more than their Melbourne peers despite higher living costs in the capital, according to ABS statistics.

The data also shows that middle aged blue collar workers, in particular, are more likely to be paid similarly or better in regional centres of New South Wales and Victoria.

Large regional cities have been some of the east coast’s best performing property markets this year, largely due to the ripple effect following Sydney and Melbourne’s peak.

Geelong, 70km south west of big sister Melbourne, recorded the largest increase in dwelling values across non-capital city Australia at 9.8% over the 12 months to April 2018, yet its median house price remained more than $200,000 cheaper than Melbourne.

Shoalhaven/Southern Highlands was the strongest performing regional market in New South Wales with 9.2% growth, driven by demand from sea changing and tree changing downsizers and families.

Queensland’s top two regional performers were the Sunshine Coast (5.1%) and the Gold Coast (1.9%) due to rising demand from interstate home owners and investors. Increased tourism played its part, with 7.4 million interstate visitors holidaying there in 2017.

ABS data shows tens of thousands of big smoke property owners opted to cash in their assets or upgrade their homes more affordably with a metro-regional switch in FY17.

The top two locations chosen by Sydney escapees were Newcastle/Lake Macquarie in the north (5,500 arrivals from Sydney) and Illawarra in the south (5,300 arrivals).

Up north, seven of the top 10 Australian regions to benefit from departing Brisbane residents were Queensland centres, with beach cities topping the list. The Gold Coast, 70km south, gained 8,800 former Brisbane residents and the Sunshine Coast 6,700.

City slickers’ exodus to tree change and sea change localities is evident in CoreLogic’s latest property sales analysis, which shows that dwelling values fell by -3.7% across the capital cities but rose by 1.2% across the combined regional markets in the 12 months to September.

If you’re contemplating a metro-regional switch, consider renting for the first six to 12 months to learn the local market and ensure you’re comfortable in your new lifestyle before investing in a new home.