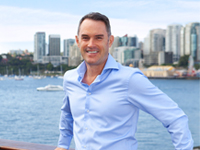 Last week the Reserve Bank released a discussion paper that says Australians could be better off renting instead of buying.  I’m definitely in the large camp of respected economic analysts and property researchers who disagree with this notion, with many of these experts criticising the report’s formulas and assumptions.

The paper compares the cost of renting a home with the cost of owning a similar property, based on long-term historical average house price growth of 2.4 per cent (in real terms) since 1955.

The conclusion?  If house price growth falls below 2.4 per cent, then “at current prices, rents, interest rates and so on, the average household is probably financially better off renting than buying.”

Firstly, lifelong renters are going to end up with no assets in retirement.  How is that a better financial situation?  I think most people who are concerned about their financial security (pretty much all of us!) would rather have high value unencumbered assets when they stop working instead of a few extra dollars in their pockets during their working life.

The report also uses a long-term average growth rate of 2.4 per cent. That rate of growth has been calculated from 1955 to today. In 1955, we did not have the housing supply shortage we have today. We did not have more than 23.5 million people living in the country. We were not thought of as an international city and hence a destination for skilled migrants and international businesses like we are today.

Demand for housing today is much higher and fundamentals such as a massive supply shortage are going to keep property prices at a steady level.  Having said all that, even at a growth rate of 2.4 per cent per year long-term, that’s $24,000 in new equity on a $1 million house every single year. Would you rather own an asset that is appreciating by $24,000 every year or would you rather have a few extra dollars in your pocket every week of your working life as a permanent renter?

I don’t think the report adequately addresses the rising costs of renting in today’s market either. Vacancy rates in many locations today are far below what is considered a balanced market at 3 per cent. Low vacancy and high demand means rents are continually going up.  And then there’s the moving costs.  Many people will buy a family home and live in it for 30 years.  If you rent over 30 years, how many times will you have to fork out money to move?

A report by RP Data in 2013 showed it was actually cheaper to buy in 692 suburbs across Australia based on a Principal & Interest variable loan of 5.4 per cent. Today, some banks are offering packaged variable loans that are well below five per cent mark.

A few experts have surmised that perhaps this discussion paper is an attempt by the RBA to talk down the market and halt today’s record level of investment in real estate.

I agree that speculative short-term investing in property is not a good idea but I don’t believe that’s what most of today’s investor buyers are doing.  I think most investors are looking for long-term reliable investments after being burnt by shares in the GFC.  There is also a large proportion of investors buying with SMSFs. These buyers have access to money now that they didn’t have access to before, so that has significantly widened the pool of investors and hence investment buying activity today.

The conclusion of the RBA’s report is simply not in line with the average Australian’s experience in property.  According to the Bureau of Statistics, around 70 per cent of Australians own their own home either outright or with a mortgage – and it’s been this way for decades.  Buying property is a huge financial decision and people simply wouldn’t be doing it if renting was the better way to go.

Sydney beach property fetches $18.7 million. Would investing in shares return mo...
Will Spring hit property sellers but help buyers?
Is the time ripe to buy or sell property right now?
How to capitalise on the industrial property boom
Maximise your returns on Australia’s property boom