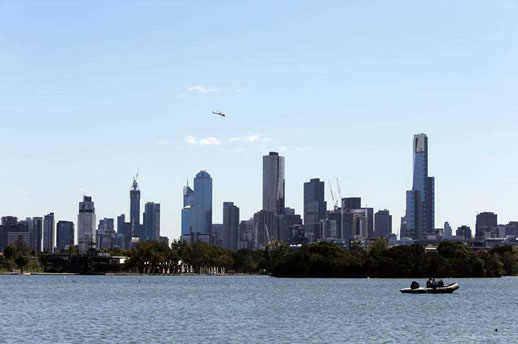 In last week’s column we covered what’s happening on the ground in Brisbane, as reported in our recently released annual McGrath Report.

This week, let’s look south to Melbourne, which, like Brisbane, is attracting an increasing number of investors and young family buyers from Sydney following several years of extraordinary price growth in their home city.

The Melbourne market has shown ongoing strength in 2015, with the median house price rising above $700,000 for the first time. Figures from the Real Estate Institute of Victoria (REIV) show house values rose by 5% to $706,000 in the June quarter, while auction clearance rates reached a five-year high for the month of June at 78%.

Properties have also been selling in record time. REIV data released for the September quarter shows the median days on market is now 34 – 5 days shorter than in 2014.

Record low interest rates and unprecedented interstate and overseas migration and investment are combining to fuel the Melbourne market. Victoria’s population has increased by more than 100,000 people over the past 12 months, with net interstate migration at its highest level in 40 years and net overseas migration accounting for half the state’s growth, according to the Australian Bureau of Statistics (ABS).

Victoria remains the most popular destination among wealthy foreigners using the Significant Investor Visa; and Credit Suisse estimates 14% of new apartments are being purchased by Chinese investors alone.

In July, the Victorian Government increased stamp duty for foreign purchasers by 3% in response to community concern. To enforce the new law, all home buyers must now complete the Duties Form 62 Purchaser Statement declaring whether they are a local or overseas purchaser.

The quality of schools is becoming a determining factor for Melbourne family buyers and investors. Melbourne buyers’ agency and research company, Property Analytics, has documented the relationship between VCE scores and property values and found that suburbs with top-performing public high schools have experienced twice the city’s average median house price growth over the past three years.

Overall, Melbourne has a two-tier market with an oversupply in apartments resulting in lesser capital growth. According to CoreLogic RP Data, Melbourne apartment prices rose by just 2% in the 2015 financial year.

Things are looking up though, with a 3.9% bounce in prices over the September quarter.

We are very optimistic about the potential for steady ongoing price growth in Melbourne, particularly for houses, over the next few years. Unlike Sydney, Melbourne has much more room for growth because it is coming off a lower base and is still well off the $1 million house price median of its northern neighbour.

There are already indications that an increasing number of Sydneysiders are migrating to Melbourne for job opportunities and more affordable housing. While previous generations of Sydneysiders have stayed and battled affordability issues, we believe the more nimble Gen Y will upgrade between cities – not suburbs, as their families grow.

CLICK HERE TO RETURN TO THE SPRING PROPERTY SPECIAL