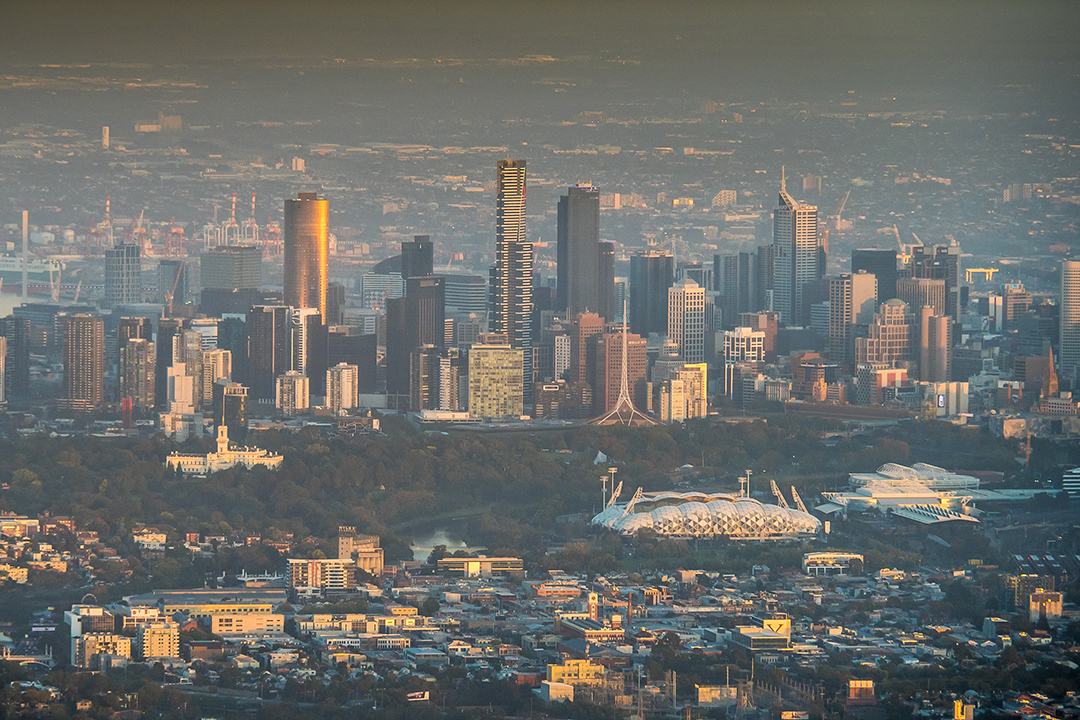 Melbourne is mirroring Sydney this Spring, with strong clearance rates in the late 70% range and plenty of outstanding prices being recorded across the city as it rebounds from the downturn.

As discussed in our recently released McGrath Report 2020, Melbourne experienced a softer landing than Sydney during the downturn, with a -10.9% decline in dwelling values from its peak compared to -14.9% for Sydney.

CoreLogic-Moody’s Analytics predicts a 7.3% increase in Melbourne house prices over CY20 and CY21, with best gains in the North East (18%) in areas such as Banyule, Kinglake and Whittlesea; and the Inner East (13.2%) in areas such as Boroondara, Manningham and Whitehorse.

Apartments will rebound just 0.7% overall for the city, however strong gains will be seen in some pockets, such as the Inner East (16.6%), North West (9.5%) in areas such as Keilor, the Macedon Ranges and Sunbury; and Inner Melbourne (8%) in areas such as Brunswick, Essendon and Port Phillip.

Melbourne has excellent fundamentals that will support property price growth over the medium to long term.

Victoria had the strongest population growth in Australia at 2.2% in CY18 due to high overseas migration, strong internal movement from within Victoria; and new residents moving from Sydney and Perth, according to the Australian Bureau of Statistics.

More affordable housing than Sydney but equally attractive job prospects are part of the appeal, with Victoria recording just 4.5% unemployment in January 2019 and the strongest jobs growth in the country, up 15.9% since November 2013, according to government figures.

Melbourne’s buzzing café and restaurant scene, cultural richness and lifestyle attributes have elevated it to one of the world’s most desirable cities. It is the favoured destination among foreign buyers and will become Australia’s largest city by 2066 – overtaking Sydney as early as 2031.

Reflecting its sophistication as a global city is the high glamour of its new apartment developments, which are meeting a growing appetite for luxury sky home living among Melbourne’s wealthy.

Although there has been a substantial decline in foreign investors, who bought heavily into Melbourne’s high rise projects before the introduction of tough new taxes, opulent and unique projects with a strong brand are resonating with the local business elite.

These include Capitol Grand, the six-star retail and high rise residential project in South Yarra, where 75% of stock, priced from almost $1 million for a one bedroom apartment to $25 million for a penthouse, was sold prior to completion.

Fellow developer, Tim Gurner sold 95% of stock in Saint Moritz on St Kilda’s beachfront within a month of its launch in April.

A double-storey penthouse was sold to a local businessman for a new city record of $30 million. The seven-bedroom property includes four living rooms, two pools, panoramic water views, a 1,000-bottle wine cellar and a seven-car garage.

Melbourne now has more skyscrapers (taller than 150 metres) than Sydney, with Australia 108 in Southbank the country’s tallest new building and home to Melbourne’s previous record of $25 million set in 2015. It is due for completion in 2020.

In FY20, major infrastructure projects will continue to prepare Melbourne for massive future population growth, including the commencement of the $15.8 billion North East Link, which will cut travel times by up to 35 minutes to Melbourne’s rapidly growing northern suburbs.

The new road should boost buyer demand in areas such as Greensborough, Heidelberg and Ivanhoe, where great new value is available following median house price falls to $755,000, $1,022,500 and $1,301,000 respectively during the downturn.

The Victorian Government is also moving forward with its highly anticipated Fishermans Bend redevelopment, Australia’s largest urban renewal project, which will transform 250ha of inner-city land into housing and employment opportunities for 80,000 people by 2050.

Regional Victoria received $2.6 billion in the FY20 Budget for new infrastructure and services that are expected to generate an estimated 4,500 new jobs, according to the budget papers.

About $615 million will be spent on public transport, such as the purchase of new trains for the busiest regional lines. A growing number of Melburnians relocating to satellite cities is straining services, with all trains from Geelong arriving at Southern Cross before 9am at 96-100% capacity.

Planning has also begun for the Western Rail Plan, which will separate regional and metropolitan services on the Geelong and Ballarat lines to enable a faster express commute.

Affordability and lifestyle are fuelling regional buyer demand, with Shepparton, Warrnambool, Ballarat and Bendigo ranked among Australia’s top 10 regional performers in FY19 with growth of 2.3-2.7% compared to Melbourne’s -9.2% decline.

City escapees have brought new industries to regional areas, such as small batch spirits, craft beer and food production. This trend has attracted $10 million of state government support, with business expansion grants of up to $200,000 offered as part of the Artisanal Sector Program.