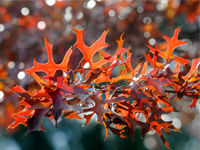 Clear evidence is emerging that the Autumn selling season will be just as strong as the Spring 2013 season in Sydney – with other markets such as Brisbane also on track for a good start to the new year.

The first auction Saturday of the season was on February 1. Sydney had 95 homes listed for auction and recorded a clearance rate of 80 per cent. That’s a very strong start to this selling season.

In Melbourne, 73 homes were auctioned at a clearance rate of 74 per cent. Brisbane – which doesn’t have a big auction culture, recorded a 55 per cent clearance rate. Sounds low but it’s actually above the long term average of 50 per cent-ish.

In Sydney, we’re looking at a 40 per cent jump in the number of properties being offered for auction this month compared to February 2013. At McGrath, our total number of listings – not just auctions, is double what it was this time last year.

This indicates new confidence on the sellers’ side after many years of the market being perceived as only a buyers’ market. Sellers are seeing a long-awaited opportunity to trade-up in the case of families or downsize in the case of empty-nesters and retirees.

The wave of investment activity in NSW is definitely continuing into Autumn. Latest stats from major mortgage brokers, AFG show 53.4 per cent of new loans in January were for investors. That’s the highest level recorded in the six years AFG has been tracking these numbers.

AFG also experienced a record January with $2.58 billion in new loans issued across Australia – 14 per cent more than this time last year. New loan data is one of the most immediate ways to get a sense of where the market is heading and it’s all positive right now.

RP Data has just released its first series of monthly data for 2014. It shows an 0.8 per cent increase for all dwellings in Sydney for the month of January, with Brisbane up 0.7 per cent. To put this into perspective, sales volumes in January are typically very low but nonetheless, it’s another good indication of what’s to come.

It’s clear from the latest RBA statement that the biggest factor influencing our property market – interest rates; are going to stay low for some time.  Add to that the ‘fear of missing out’ factor, with more people who sat on the sidelines during Spring now having the confidence they need; and we’re looking at a very positive Autumn season.

I will say though, that I don’t think the strength we’ll see in Autumn will remain all year. The sort of frenzied activity we’ve seen in recent months can’t last forever, but 2014 will still be a great year for Sydney. I’m tipping 5-10 per cent growth across the board.

The market to really watch this year will be South-East Queensland.  That’s the market with the best potential for capital growth over the next few years and many commentators seem to agree. We’re hearing a lot more about Brisbane and the Gold Coast in today’s media as things are definitely looking up in those areas.

Have you read John McGrath's 'Tips for buying in a hot market'?