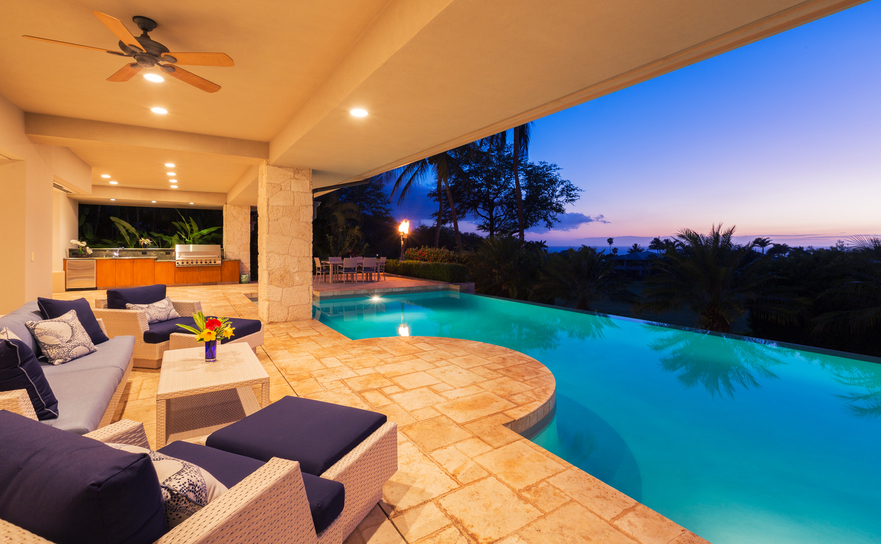 The big news in Sydney real estate right now is the listing of John Symond’s renowned Point Piper estate, which is expected to sell for a new national record price.

I remember when John bought this property in 1999 for over $10 million and soon after commenced one of the biggest and most elaborate builds the Sydney market has ever seen.

It took five years to create the magnificent estate, which sits on about 2,675 sqm of land with one of the largest waterfrontages along Point Piper’s western edge. This is the most desired position because it faces the city, Opera House and Harbour Bridge.

The mega listing is symbolic of rising confidence and excitement in the prestige market today. There have been some big deals this year, not to mention a few record sales, in many markets across the country.

The stand-out is the Gold Coast, where there have been very few sales above $10 million since 2009 but all of a sudden this year, we’ve had six above $10 million, a seventh which is under contract, and several more sales in the $5 million to $10 million range.

The GFC hit this market harder than any other in Australia, but prestige buyers are most definitely back in 2016. So far this year, the biggest sale has been a $25 million deal at Mermaid Beach this month. There have been five other sales above $10 million across the central and northern sections of the coast, and most of them have been to local buyers.

I can’t emphasise enough the importance of this. Chinese buyers are still active but it’s the locals who are dominating on the Gold Coast and this signals a change in confidence and that prestige buyers obviously see value and opportunity at the moment.

The prestige sector is overdue for growth and it’s great to see more sales and new benchmarks being set this year.

In Melbourne, a new record was set in June, with a $24.1 million sale in prestigious Toorak. There was also a $33 million multi-purchase deal of three lots in South Yarra in March.

In Brisbane, the highest sale is $10.5 million for a house in New Farm in September.

In Sydney, the highest sale so far this year is $21 million in Point Piper in May, closely followed by a $20.3 million exchange in February for a house in Vaucluse. (There was also a $33 million settlement in Rose Bay in February on a property bought a few years ago).

The benchmark sale of the year is the $80 million multi-purchase of four lots in Vaucluse in April.