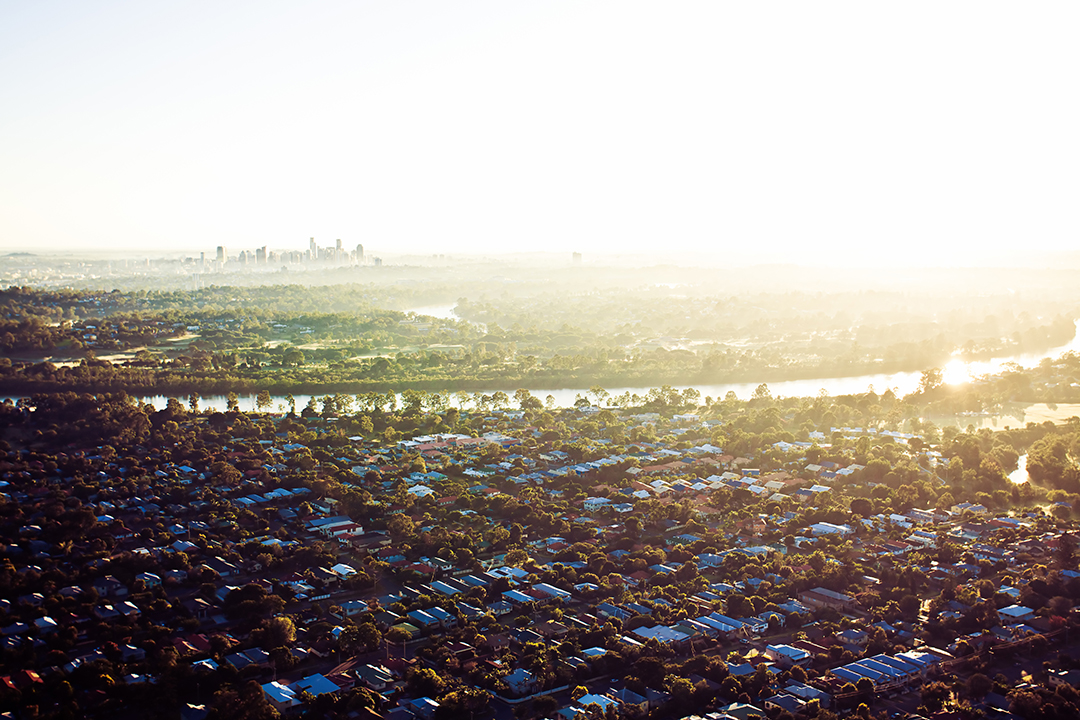 Continuing weakness in the Queensland economy and oversupply of dwellings has kept property price growth in Brisbane low in recent years.

However, the city is poised for a turnaround with predictions of a 20% jump in house prices over the three years to June 2022. This will be the strongest growth of all capital cities, according to analysts and forecasters, BIS Oxford Economics.

Brisbane’s median house value is still an affordable $540,224 and its median apartment price is $377,447; making the price differential between Brisbane and Sydney houses nearly 40%.

As discussed in our recently released McGrath Report 2020, Brisbane and South East Queensland property was impacted by lending restrictions that took significant buyer demand out of the marketplace in 2018 and the first half of 2019.

Comparing the East Coast capitals, Brisbane held up best, with home values dipping only -2.6% in FY19 while Sydney fell -9.9% and Melbourne declined -9.2%, according to CoreLogic.

Southern migrants are spoilt for choice because prices are so much lower. For example, in Brisbane there are still 14 suburbs within 20km of the CBD where a typical house costs less than $500,000.

Queensland in FY20, it is economic growth fuelled by infrastructure projects and strong interstate migration that will be the key driving forces for property prices over the next few years.

Contracts were awarded for the $5.4 billion Cross River Rail, a 10.2km rail line from Dutton Park to Bowen Hills. Brisbane Airport’s second runway is on schedule to open in 2020, doubling its capacity and contributing a predicted $5 billion in additional annual economic benefits.

Major infrastructure spending on the Sunshine Coast is also raising the area’s appeal and transforming the local economy.

The coast’s largest construction project is the $303 million Sunshine Coast Airport Expansion, which includes a new runway to be completed by late 2020.

The longer, wider runway will facilitate more tourism and enable direct exporting to new markets in Asia, the Pacific and other parts of Australia previously inaccessible. The project will contribute an estimated $4.1 billion to the local economy through to 2040.

The creation of Maroochydore’s new CBD is underway, with work commencing on the first new commercial building as well as an international broadband cable that will create the East Coast’s fastest internet. To be completed in 20 years, the new CBD will create 15,000 new permanent jobs and make the Sunshine Coast a more viable location for business.

New housing developments are expected to benefit from improved public transport on the Sunshine Coast, with early works underway on the $800 million Beerburrum to Nambour rail duplication project and a feasibility study completed for light rail linking Maroochydore with Caloundra.

The light rail would benefit the $5 billion Caloundra South housing development, Aura, which is offering some of the coast’s most affordable properties with house and land packages starting at $385,000. It is within a short drive to beaches and reasonable commuting distance to Brisbane.

While not firing as substantially as the Sunshine Coast in FY19, the Gold Coast property market has endless capacity for long term growth.

The Gold Coast has matured to a point where it no longer suffers the significant peaks and troughs it did in the past. Substantial infrastructure spending, improved public transport and an expansion of services at the airport have helped it develop beyond a tourism economy.

Health care is now the largest local employer following the opening of two new hospitals in 2013 and 2016 and the ongoing growth of the Health and Knowledge Precinct, which currently employs almost 10,000 people and will eventually support 26,000 jobs over the next 10-15 years.

BIS Oxford Economics predicts house price growth of 9% on the Gold Coast and 7% on the Sunshine Coast over the three years to June 2022.

In Toowoomba, the $16.7 million upgrade to the Trade Gateway was completed in August, providing key transport links to the region. The Second Range Crossing, which opened in September, will be a game changer for the town as it will divert heavy vehicle traffic away from the centre and enhance liveability for residents.

Buyers taking advantage of South East Queensland’s great affordability and lifestyle will reap many rewards later when prices soar off the back of a stronger state economy; a wave of downsizing due to our ageing population; and more seachanging as affordability issues bite in the southern capitals. BIS Oxford Economics sees the bulk of Brisbane’s 20% three-year price growth occurring in FY21 and FY22, so the door is open in FY20 for early adopters of the great northern migration ahead.