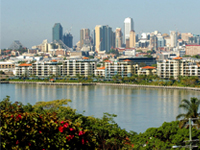 I believe the South-East Queensland market will outperform the rest of Australia over the next three to five years. Property has been significantly oversold since the GFC and seachangers who have deleveraged are in a prime position to take advantage of some outstanding value seen in this market. 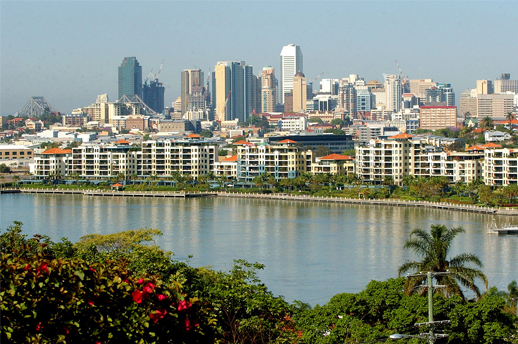 Next year we will see a continued residential property recovery Australia wide with several cities primed to see an upsurge in demand and prices.  My feeling is Brisbane will be one of them, as the signs right now are that this market is on the cusp of its recovery and next year will be the first year of good growth.

The same strong macro fundamentals affecting all markets will have an impact on Brisbane – our stable economy, low unemployment, a new Federal Government, a vast undersupply and home loan rates at their lowest in 30 years.

But there are also local factors that bode well for Brisbane property prices.

First and foremost is a predicted doubling of Queensland’s population over the next 40 years.  Nearly half of the state’s population currently chooses to live in Brisbane so local property prices will be significantly affected by this kind of growth.

The Newman Government is also keen to boost tourism and this will likely inspire more overseas investment in the undervalued Brisbane and broader South-East Queensland property markets.

Right now, the Brisbane market is stable with slowly increasing demand coming from all corners – upgraders, investors, first home buyers and seachangers from Sydney and Melbourne. The diversity of demand is resulting in better sale prices, which in turn is raising confidence. On some of our campaigns, there have been 40-50 groups through a single open which is very high for Brisbane.

Latest RP Data figures show Brisbane house prices grew by 1.7% over the first three quarters of 2013, with apartments up 1%. Compare this to Sydney, where house prices are up 10.7% and apartments are up 7.5%. Clearly, Brisbane is yet to take off the way Sydney is today.

Some of the factors driving Sydney’s market recovery are yet to really begin in Brisbane.

Buying with self-managed super is yet to take off but this will change, particularly as Brisbane investors hear more success stories from Sydney. To me, the SMSF phenomenon in Australian real estate is only just starting and will have a massive effect.

Chinese buyers are not yet out in force in Brisbane.  Right now, we’re seeing moderate activity around St Lucia and Indooroopilly where Chinese families are purchasing for their children studying at the university. But I expect this to increase significantly in the next few years as overease buyers, particularly from Asia continue to seek safe havens and quality investments to park their investment dollar.

Soon enough, Chinese buyers will begin appreciating the value and lifestyle Brisbane offers, as well as the potential for stronger capital growth than other cities.  Brisbane has new high quality property in great locations for around $5,000-$7,000 per sqm compared to Sydney at $8,000-$12,000.

Outstanding value will also be a factor for an increasing number of seachangers from NSW and VIC.  We haven’t seen a lot of retirement/seachange activity since the GFC but a rebounding stock market and improving economy will change this.  As always, South-East Queensland will be a natural option for empty-nesters seeking an affordable coastal lifestyle and fantastic year-round weather.

For example, Sydneysiders can sell in the better parts of the city and buy into a comparable suburb in Brisbane for almost half the price. A $2 million Paddington terrace in Sydney can easily be swapped for a $1 million cottage in the equally desirable Paddington of Brisbane.  You’ve got to love that!

Next week, I’ll drill down on the exciting Gold Coast market and give you my predictions for 2014.