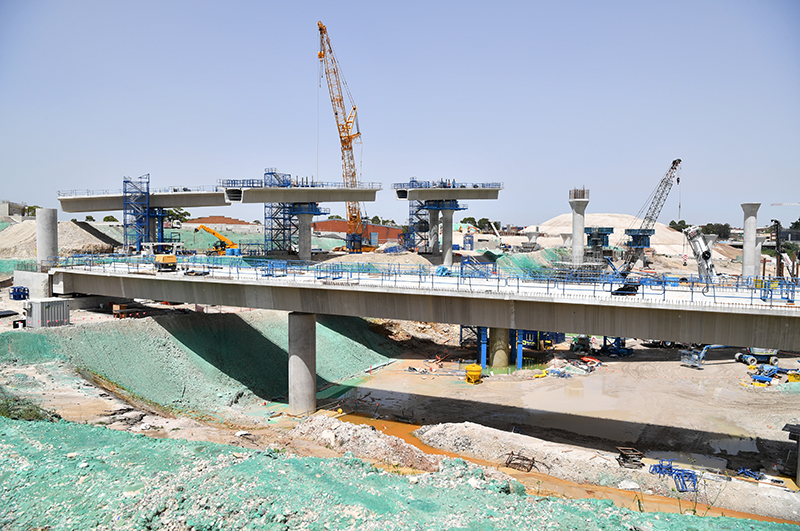 When markets are cooling like they are in Sydney and Melbourne, there are lots of distractions for home owners and investors.  Fear can set in, as property values in your own neighbourhood soften and various ‘experts’ make wild predictions about massive citywide house price declines.

It’s easy to forget the long-term fundamentals that will keep Australian property values strong well beyond the current short-term cycle change. One of them is infrastructure.

It doesn’t matter where you live - if a new train station, light rail link or improved roads are being built in your suburb, or there’s a new shopping centre or café strip, or new recreational amenities like public pools or major services like a new hospital or school, you’re going to see a positive flow-on effect to house prices.

This is because every infrastructure project usually has direct lifestyle benefits for residents. New infrastructure also means jobs, which means greater economic activity and prosperity for workers.

As discussed in our 2019 McGrath Report, massive new infrastructure is currently underway in every one of our East Coast capital cities. These are exciting times, with record spending in NSW, Victoria and Queensland all happening over the next few years.

This is great news for home values in the long term and will have a far more significant effect on property prices after this downwards cycle is done.

Our Report focused on the big infrastructure that is set to benefit whole states and cities but it’s important to remember that small local projects should also boost your property’s value long term.

So here’s what’s happening from a big infrastructure point of view in your state today.

Transport infrastructure is the centrepiece of the four year $87 billion building program in NSW.

In Sydney, we’re finally getting close to fruition on some major projects that will transform many areas. The Sydney Metro Northwest rail line – the first rail line for the rapidly growing Hills District will commence operations in the first half of 2019.

It will be followed by the CBD and South East Light Rail and the second stage of WestConnex in 2020.

We’re also at the beginning stages of the Western Sydney Airport at Badgerys Creek, which will result in tens of thousands of new jobs and billions in new investment across the region.

This will be extremely significant for local house prices because the west is Sydney’s most affordable market, where home values have the most room to grow.

The airport will adjoin a 10,000 hectare Aerotropolis housing scores of local and international companies, as well as an Aerospace Institute, high performance secondary school and STEM* university.

Planning is underway on the Sydney Metro West fast train connecting Parramatta to the CBD; as well as the North-South Rail Link connecting St Marys to the airport and aerotropolis; and the Western Harbour Tunnel and Beaches Link.

Parramatta, Sydney’s second CBD, is undergoing a $10 billion rejuvenation including construction of the $2.8 billion Parramatta Square, one of Australia’s largest urban renewal projects ever.

Worth $45.8 billion over four years, Queensland’s capital works program is designed to stimulate economic growth, encourage private sector investment and create tens of thousands of jobs, including 38,000 in FY19 alone.

This should go a long way in raising consumer confidence and encouraging further internal migration, particularly from NSW and Victoria.

Projects include upgrades to the M1 Pacific Motorway between Varsity Lakes and Tugun and Eight Mile Plains and Daisy Hill, the Beerburrum to Nambour Rail duplication and the 10km Cross River Rail between Dutton Park and Bowen Hills.

On the Gold Coast, an enormous infrastructure spend before and after the Commonwealth Games now totals $13 billion, including the light rail expansion and ongoing conversion of the Athletes Village into a world class Health and Knowledge Precinct, creating 26,000 new jobs and limitless new investment once completed.

Massive new infrastructure over the next four years is needed to service Australia’s fastest growing state, with record population growth higher than any other state or territory in FY17.

In the FY19 Victoria Budget, the Government committed to a $38.4 billion infrastructure program, which is seven times up on the state’s average annual infrastructure spend over the past decade.

Melbourne’s brand new 9km Metro Tunnel and its five stations, due for completion in 2025, will improve CBD connectivity and likely result in price growth in beneficiary suburbs including Kensington, South Kensington, North Melbourne and Parkville.

Investment worth $6.7 billion on the West Gate Tunnel project will aid those in the city’s growing western fringe, which offers family houses for less than $600,000. The underground road will reduce congestion and commuter times when it launches in 2022, linking the West Gate Freeway, Maribyrnong River and the Port of Melbourne.

International air access to Melbourne will be enhanced by Avalon’s new international terminal, with Air Asia flights commencing in December 2018. The airline expects to carry 500,000 passengers per year between Avalon and Malaysia, Thailand, Vietnam and Delhi.

A 340-hectare greenfield industrial precinct is being built alongside the curfew-free airport, which will generate 1,180 new jobs once operational.

The first stage of Canberra’s $700 million light rail network, one of the biggest transport projects in its history, is due to open in early 2019. The gleaming new light rail corridors snake through Canberra’s north from the city to the fast-growing Gungahlin region.

Among them is the revival of London Circuit with new office space, a hotel and retailers, as well as the transformation of the 19-hectare Haig Park into a more socially active recreational zone.