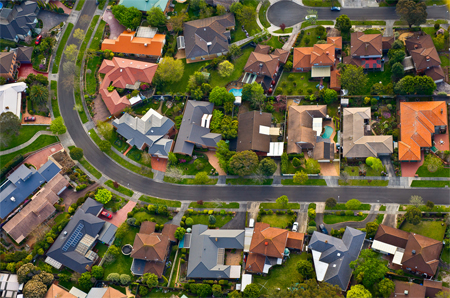 Population growth is a key element keeping Australian housing prices strong over the long term. In major cities like Sydney and Melbourne, the supply of new homes simply isn’t keeping up with population growth and as a result, prices continue to go up.

Population growth has played a big role in Sydney and Melbourne’s booms, which began in mid-2012. According to the Census, over the five years from 2011 to 2016 Greater Sydney experienced 9.8% population growth. That’s 1,656 people moving to Sydney every week.

Greater Melbourne’s population growth was superior to Sydney’s at 12.1%, with 1,859 new residents moving in every week. There’s no way new supply could keep up with these rates of growth and as a result, we’ve had much more demand and booming market conditions.

The Australian Bureau of Statistics (ABS) has now released regional population data that gives us the opportunity to look at population growth on a suburb by suburb level. This gives us an insight into the most popular and fastest growing neighbourhoods across the country.

Above average population growth is something investors should always look for when researching locations. However, it needs to be considered in the context of new supply.

If an area has had massive land releases and there’s new estates with thousands of new houses, you’ll see population growth but not necessarily big price growth. This only happens when demand exceeds supply. So, keep this in mind when looking at the following data.

Here are the Top 10 local council areas in each state for population growth (by percentage change) between 2006 and 2016. Population growth is usually a slow moving phenomenon, which is why we’re looking at 10 years of data to get a good picture of Australia’s hot spots.

The next two states are WA and QLD. We need to remember that these are 10-year statistics, so the mining boom would have skewed the numbers a bit in regional mining towns. As a result, some of the localities in the Top 10 might be on the decline today given the mining boom has recently ceased and people are now leaving these areas. 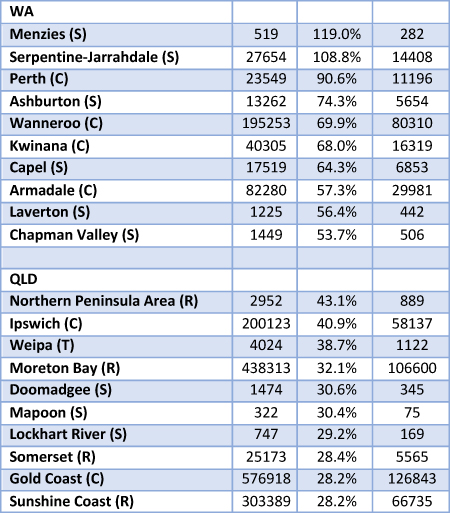