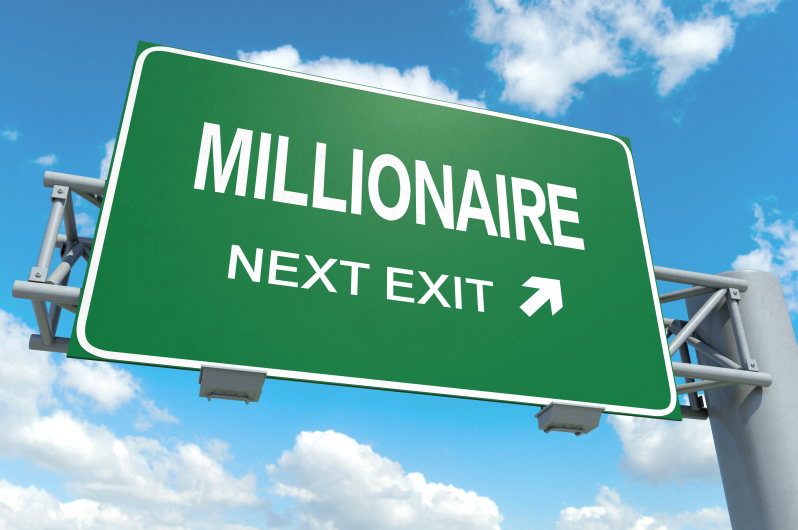 I love to think of all the people who bought property back in the 1990s and are still holding those properties today. Real estate investment should always be a long-term play and these buyers have done incredibly well.

The prevalence of million dollar sales has obviously grown exponentially over the years. What was once the price tag of only the most exclusive homes in Sydney’s best suburbs twenty years ago is now the median price of hundreds of suburbs across Australia.

According to CoreLogic RP Data, there are 437 suburbs across the country in the $1 million club. Just three years ago, around the commencement of Sydney’s current growth cycle, it was half that number at 220 suburbs (June 2012).

These statistics tell us a couple of things. Most importantly, they demonstrate the tremendous wealth that can be generated through property as long as you buy sensibly (location, location, location) with a long-term view.

Secondly, they remind us that the prices we cannot imagine today will be the reality of tomorrow. Twenty years ago, who would have thought $1 million would be considered a basic budget for a family home? Who would have thought a one-bedroom apartment could sell for that? In Sydney today, this is a reality. A million dollars isn’t what it used to be. In fact, one data supplier is already reporting the median house price for the entire city at $1 million.

The No. 1 suburbs in other states

You might also be interested to know that the number of suburbs with a median value of $2 million has also grown significantly from 32 suburbs in June 2014 to 48 suburbs in June 2015. Forty are in Sydney, five in Melbourne, two in Perth and one in Canberra.

As our $1 million club grows, the greatest advantage is for those who already own real estate. The downside is younger Australians are finding it tougher to get into markets like Sydney.

As always, markets evolve and young buyers will find a way. The Gen Ys are ‘rentvesting’ and I think we’ll see more families leaving Sydney for Melbourne and Brisbane soon enough, given the big disparity in median house prices between the three East Coast cities.