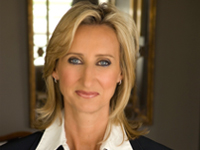 And Fairfax. Talk about serial offenders. One.Tel anyone?

Have you heard about the sequel to the new book Who Killed Fairfax? It's called Who Killed Channel 10? and it features the same leading players.â€¨

Yes while Packer and Murdoch juniors are being unfairly credited with killing off Fairfax, as though it's a good thing, it could be argued their real crime is killing off our third commercial television network.â€¨

Yes the two men with the very mixed business career – remember One.Tel anyone? – are more known for destroying their own media investmentsâ€¨.

In fact, the newspaper which employs the author of Who Killed Fairfax?, the Australian Financial Review, even did a proper job of reporting this fact last year with the excellently titled piece – How to blow up a television network – in which Lachlan and Jamie did not fare well… That one was written by James Chessell.â€¨

As I've said repeatedly, why on earth Fairfax journalists would be standing around watching Mr Packer boast about his "hate hate hatred"of them for simply doing their job, is beyond me as they watch their mates' jobs disappear and their own look very shaky.â€¨

Can you imagine a group of journos from The Australian newspaper standing around in awe of Clive Palmer if he boasted of killing off their paper when it was, say, depleted for other commercial reasons. Or Gina Rinehart getting a roll-up to her book on how she forced Fairfax to commit hari-kari by doing the old-fashioned thing of buying shares.â€¨

All credit to Greg Hywood and the few brave souls at The Sydney Morning Herald for their great editorial stating the bleeding obvious – that, despite the recent hype, we're not actually dead yet or, to paraphrase, if you're reading this we must be still alive.â€¨