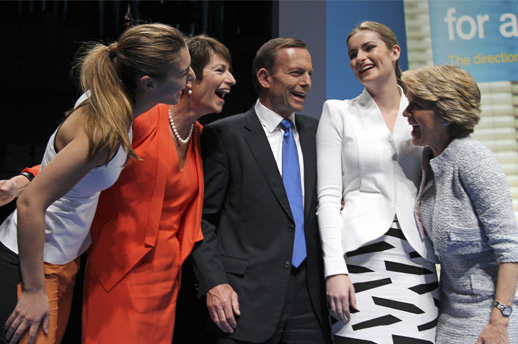 Here's a few observations to kick off a new week.

Syria finally brings foreign policy into our insular little election. Even worse the Asian market meltdown might have economic teams on both sides thinking, or at least watching, but do you think they noticed?

As someone who has been around long enough to remember the last Asian crisis in the 1990s can I just say I don't know if this shoulders any resemblance but what you can say is that you can never say you know how things can turn out.

China is not always going to be great. Asia is going to have hiccups just like the US, which still remains the world economic engine. Who would have thought when the Latin American debt crisis happened 30 years ago that the same disaster would befall the great continent of Europe? You just never can tell so best be prepared for everything.

On that note some cudos to Tony Abbott for a low-key party launch on Sunday; light on huge promises though given the ridiculously expensive Scandinavian style paid parental leave policy already announced, a good thing really. Good to not to get into a peeing contest with Labor over dates for a return to surplus.

Even the Coalition recognises the importance of this small but valuable sector.