The Perrett Report: He would say that, wouldn't he? 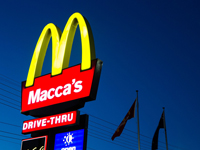 The Perrett Report: He would say that, wouldn't he?

Time for the Christine Keeler award. Or, for those of you too young to remember and it was before my time too, it goes something like "he would say that wouldn't he?".

Myer chief Bernie Brookes claims Australian labor rates are too high and the cheapest rate to pay anyone on Anzac day is $62 an hour. I can see why he says that but I can't wait to see the union reaction to this or just a poor sales person's payslip showing anything less.

The Chinese ambassador denies Huwaei spied for the state and they always say that despite the myriad claims to the contrary. The latest accusation against the controversial Chinese teleco comments are from no less a source than the former chief of the CIA and National Security Agency of the US.

James Packer says his hatred of Fairfax drove him but shares in it according to a new book on Fairfax by its own Financial Review reporter. And why would he need to buy a stake in a company when you can get such fabulous press in it for nothing?

McDonald's blames China and Australia when it releases its disappointing June quarter results to Wall Street – actually that is the odd one out. You wouldn't expect a US fast food giant to blame little old Australia along with the world's biggest population as the two reasons for slow hamburger sales. Didn't realise we were that important.