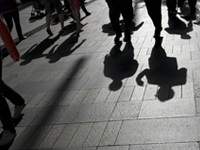 I'm talking about the embarrassing sacking of Phosphagenics CEO Dr Esra Ogru over alleged stolen funds from the company.

Just to recap the story so far, the listed biotech last week stood down their high profile female chief over alleged missing funds and on Wednesday released a Deloitte investigation alleging her involvement in a theft of over $5.5 million from the company.

Without going into the sordid details, though we do get too many stories like this these days even in the often fast world of Biotechs, let's look at the bigger picture.

Dr Ogru, and she was a molecular biologist with a PHD, had been with the company over four years and was something of a pin up girl, to use the cliche, for smart female execs in this tough sector. She was something of a media darling – indeed, I interviewed her on the Perrett Report and she was very impressive.

But, like most women who get there without quotas, her success came because of her stellar credentials and not because of her gender. So her fall from grace also has nothing to do with it, which is why the victimisation lobby are probably silent. Unlike with, say, a female PM or a simple underperforming female board member.

In fact, I should probably not even be doing this column because it really has nothing to do with the fact she's a woman. You see this is what true equality is about. When the women can be just as bad as the men.