Capitalism - alive and more than well 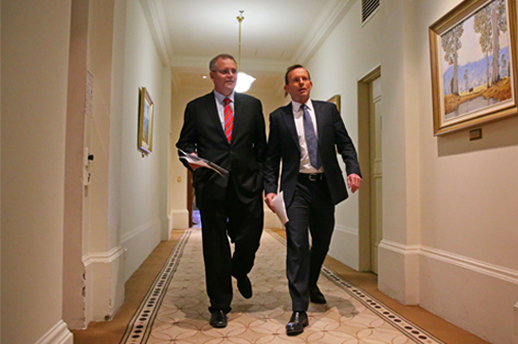 Capitalism - alive and more than well

Well we have a lot of capitalism breaking out in the local news at the moment.â€¨

First, we have Woolies hitting back at the competition tsar warning over its fuel discount dockets. If you stop us offering them, the Woolworths chief said, we'll just discount elsewhere. I think it's called competition and even those that the Australian Consumer and Competition Commission is all about, Woolies and Coles have a very raw version of it too.â€¨

The Shadow Immigration Minister's trip to Nauru with News Ltd journalists to announce a tent city to hold asylum seekers was secretly funded by logistics company Toll Holldings, makers of – you guessed it – tents. In fact, the very thousands of tents to be used in the aforementioned tent city. Ah, there's capitalism at work for you.

Meanwhile, a Federal ALP minister tells us to embrace foreign ownership. Newly installed Agriculture Minister Joel Fitzgibbon made lots of soothing noises about the merits of the takeover of our Graincorp group by a foreign multinational. Yes a Labor minister extolling the virtues of global capitalism – we now await the Coalition's Barnaby Joyce to give the other side of the argument. Funny old, world isn't it.