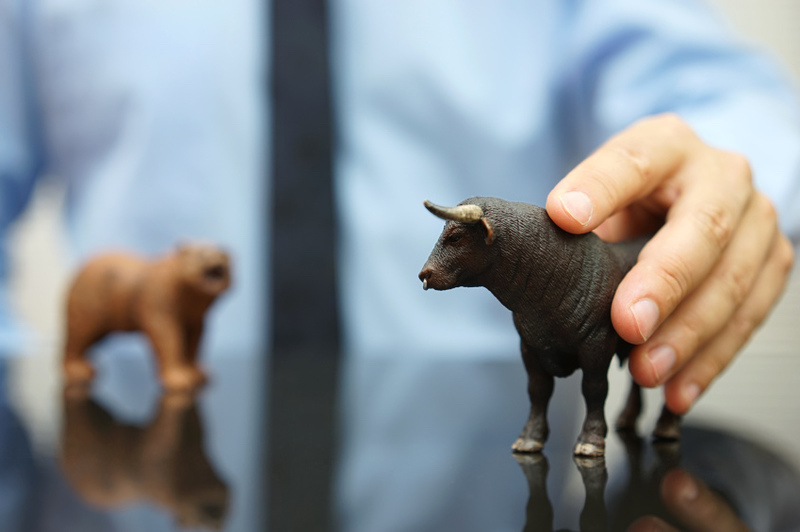 In other words, a contrarian investor goes against the herd mentality.

Contrarian investing is not the same as value investing, which is identifying stocks that can be bought for less than they are actually worth. The value investor does this by working out what the investor believes the stock is worth: if this is higher than the stock price, the value investor will buy the stock and hold it for as long as it takes the market price to catch up to the investor’s opinion of the fair valuation.

A value stock might be a stock whose share price has simply not risen for a prolonged period; a stock that is a candidate for a contrarian investor has fallen – and often, fallen hard.

In reality, the contrarian strategy is usually the province of the professional investor.

Contrarians, like value investors, can get trapped in stocks that are expected to recover – but never do. One obvious example is Myer, which has fallen from its issue price of $4.10 in November 2009 all the way to 45 cents. All along the way, people have been buying Myer because “it couldn’t go any lower, surely?” It turned that it could – and indeed, it still could.

Troubled franchisor Retail Food Group (RFG) – the owner of the Brumby’s Bakery, Donut King, and Michel’s Patisserie brands, among others – is a similar situation, sliding from $7-plus levels in 2016 to 44.5 cents at present, a 94% fall on the back of a litany of bad news. Alternative asset manager Blue Sky Alternative Investments (BLA) has plunged from  $14.54 to $1.74 – an 88% fall – as an activist investor forced the company into an overhaul of its asset, deal and cashflow valuations and forecasts, and its chief executive to quit. As these stocks were sold down savagely, any trading day gave investors the chance to buy, but also the chance to “catch the falling knife,” as the Wall Street adage puts it.

There is also the case of the “value trap,” where fundamental value measures, such as price/earnings (P/E) ratio and dividend yield look attractive, but the price keeps falling. Telstra has been a “yield trap” for investors over recent years: since August 2017, in buying the stock for its expected 5%-plus dividend yield – an expectation since exploded by the company’s dividend cuts – investors have bought themselves a 36% capital loss.

An event like the Hayne Royal Commission also excites both contrarian and value investors, as share prices of the banks and the major financial companies plunge, boosting projected dividend yields (assuming the expected dividends materialise).

Here are four potential contrarian situations on the stock market at present.

Telstra has had virtually uniformly negative commentary in the press and from brokers over the last couple of years, and the share price fall has mirrored this. One of the major issues has been the sale of Telstra’s copper network and hybrid fibre-coaxial cable network “crown jewels” to the NBN Co, in return for $11 billion in payments, and the heavy competition in the mobile business – in particular, the upcoming fourth mobile network from TPG Telecom, which is likely to increase the competition and price pressure on the major providers. The new “Telstra 2022” strategy, with includes major cost cuts and establishing a special business to hold the company’s infrastructure assets, effectively splitting the company into two businesses, has failed (so far) to provide a springboard for the share price to recover.

But the new ultra-fast 5G mobile network is on its way, and Telstra boss Andy Penn believes that will give the telco heavyweight a base from which to rebuild. The point here is that Telstra is in a much stronger competitive position than its major competitors, in particular Optus and Vodafone, which will bleed cash when this technology is deployed. Revenue, earnings and dividend targets for Telstra are very uncertain, but its competitive strength could easily turn into market share wins, and a share price recovery – which indeed was the case in 2011, when Telstra pioneered 4G. A new organisational structure announced today could also help.

An investor buying Telstra at these levels benefits from much of the risk having come out of the share price, and can reasonably expect a move higher. A warning, however, that the estimated FY19 dividend yield given above is based on a consensus analysts’ expectation of 17 cents a share being paid in the current financial year – this is by no means certain, and there are estimates in the marketplace as low as 14 cents (which would equate to a projected fully franked yield significantly lower, at 5.1%).

After a 40% price hammering since March – courtesy of appalling revelations about the company emerging from the Royal Commission, board and executive turnover, two class action lawsuits, a huge protest vote on the executive remuneration, and a series of profit downgrades from the company – many investors would be convinced that there has to be value in AMP. There is always the risk of a value trap, but analysts mostly agree that the worst is over for AMP in terms of price declines, as its residual brand strength starts to emerge from the undeniable reputational damage. Net outflows are still a concern for the company, and it is far from out of the regulatory woods – its vertically integrated model may be disbanded – but at these price levels, analysts mostly think there is far more upside than downside.

Agrichemicals heavyweight Nufarm has dropped almost one-quarter in price since May, including an 11% savaging last week after a weather-related profit warning that gave a particularly gloomy assessment of the effect of the drought on its crop protection market. The market reaction to the update took Nufarm shares to a two-year price low. The company warned that drought conditions would slash up to 16% from its underlying earnings in FY18, when management had originally told the market to expect growth of 5%–10%.

Drought aside, there is actually quite a bit to like about Nufarm, in particular its agri-technology side, where its patented Omega-3-oil-rich canola seeds are emerging as a new source of the oil, which hitherto has only come from fish, for both the human and animal feed markets. Nufarm sees the main market for its Omega-3 oil is as a fish feed, particularly in salmon and trout farms, but it also has great potential in the burgeoning “nutraceutical” (food products that deliver health benefits in addition to their basic nutritional value) market. The company’s expansion in North America and Europe also gives it some diversification away from Australian drought. Nufarm looks to be a compelling contrarian opportunity – the major caveat is that it is not much of a yield proposition.

Online retailer Kogan.com (KGN) has felt the anger that the share market dispenses to a market darling that disappoints, having being slashed in value by half since March, after first giving the market a planned sale of 6 million shares by company founder and CEO Ruslan Kogan and his business partner David Shafer, and then last week a disappointing update to profit guidance for FY 2019. Kogan.com actually flagged a 90% jump in full-year earnings to $23.7 million – the kind of rise for which many CEOs would give their beach houses to announce – but the market expected more. The (relatively) disappointing upgrade overshadowed the company’s move into the whitegoods market and the launch of its mobile service in New Zealand. The company is the standout online retailer in the Australasian market, and the price fall gives investors a good chance to enter the Kogan story at a discount – behaviour that a natural retailer like Ruslan Kogan understands well.