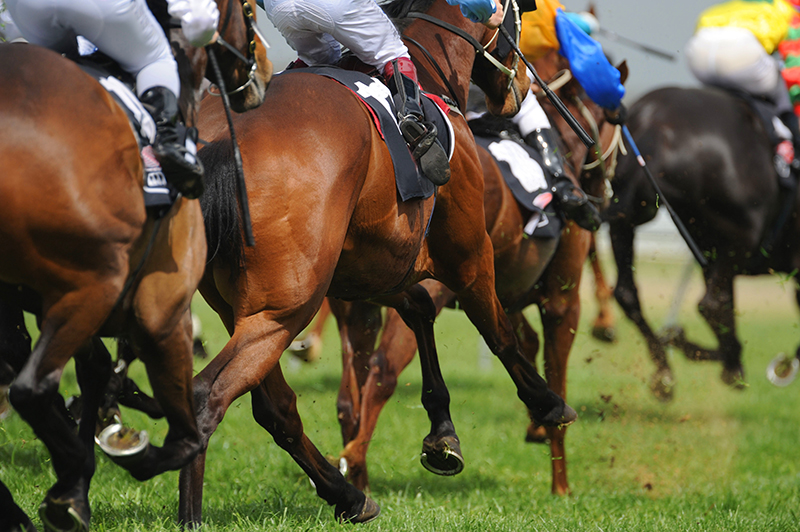 3 gambling stocks to bet on

The only certainty this Spring Carnival is that the tote will win. Last year, according to Racing Victoria, betting turnover reached a record $2.35 billion over the entire Spring Carnival, up 5.4%. Melbourne Cup Day saw an Australian record for turnover on an individual meeting with $334.5 million bet domestically; domestic turnover on the Melbourne Cup itself topped $200 million for only the third time with $204.5 million invested.

The annual Spring Carnival betting surge is testament to Australians’ love of the punt, but these days, there is growing concern over the social impact of gambling. It is just one of the industries in which the concept of “social licence to operate” is being closely scrutinised, in everything from lotteries to wagering, to casinos.

Gambling companies address this in two ways. The first is to emphasise the tax and industry support, and philanthropic fundraising that gambling companies throw off; and increasingly, the support for research into and redress of gambling addiction.

The second is to stress the role of “entertainment” in their business model. That is much more palatable than focusing on the fact that for a small minority of people, gambling can be an addiction that ruins lives and families. More than ever before, investors now assess the gambling stocks with at least the knowledge that there are serious ethical concerns over deriving return from other people losing money.

Here’s a rundown of the form guide for the gambling stocks:

Despite clipping the ticket on every bet, Tabcorp is not always a profitable operation: like every company, it has company-specific issues from time to time. For example, from a $170 million profit in FY16, Tabcorp slumped to a $20.8 million bottom-line loss in FY17, hammered by a series of hefty bills from legal actions – including $62 million from an Australian Transaction Reports and Analysis Centre (AUSTRAC) prosecution for breaches of the anti-money-laundering and terrorism funding act – as well as write-downs from a UK joint venture it exited and costs associated with the Tatts takeover.

The company continues to bed down the Tatts business, and work to extract the synergies, which means that investors looking at the stock now have a clearer picture – and a more attractive buying proposition – than has been visible for a couple of years. They can now benefit from the strong yield – the 4.9% fully franked yield projected for FY19 equates to a grossed-up yield of 6.9%, and on Thomson Reuters’ collation of analysts’ expectations, FY20 is expected to deliver 5.4% nominal yield (grossed-up, 7.7%). On top of that, analysts see healthy scope for the share price to rise, indicating a buoyant outlook for total return.

Star Entertainment is the arch-rival of Crown Resorts: it operates the original Sydney casino, The Star – also on Darling Harbour – as well as the Jupiters hotels and casinos on Queensland’s Gold Coast, and The Treasury hotel and casino in Brisbane. It also manages the Gold Coast convention and exhibition centre. Star Entertainment Group will open its $500 million Ritz-Carlton hotel in Sydney in 2022.

Star Entertainment also heavily emphasises the tourism and entertainment part of its business – and it is true that, as with Crown, plenty of people will stay at, and eat at, its resorts without gambling – but the fact is that gambling is the main source of revenue.

In FY18, revenue was up 5.5% to $2.47 billion, while normalised net profit (based on the average win rate) surged 20%, to $258.1 million. The result was actually a bit soft in the Queensland operations, where gross revenue rose 10.5% to $820 million, but EBITDA slipped back by 8.4%, to $178 million. The highlight of the result was a 56.7% increase in VIP turnover at The Star in Sydney: casinos need to have their biggest players at the tables, and playing – hence the rebates and travel assistance they offer their VIPs.

Investors can profit from these VIPs – and all other players – playing, and losing. On a total-return basis, with a healthy yield and analysts tipping a price rise, buying Star Entertainment shares at the current price looks a lot more certain an investment proposition than playing at its tables and machines.

Online lottery seller Jumbo Interactive has emerged in recent years as a major player in Australian lotteries, operating the website www.ozlotteries.com, where retail customers can buy lottery tickets in the major draws operated by Tabcorp, including Oz Lotto and Powerball. Tabcorp has what it calls a “strategically important holding” in Jumbo Interactive, currently a 12.49% in the company.

The deal with Tabcorp is interestingly symbiotic, because Jumbo Interactive’s site competes with Tabcorp’s own retail site, thelott.com, but acts as a channel to sell more tickets. Tabcorp is the sole supplier of lotteries to Jumbo, with the supply agreement having just under four years to run. That supply agreement is the biggest risk for Jumbo Interactive: if Tabcorp were to not renew the deal – or renew it on less favourable terms to Jumbo Interactive – the latter’s profitability could be significantly impacted. The profit opportunity for Jumbo Interactive is to increase the online sales of lottery tickets: it says that currently, only 18% of Australian lotto tickets are sold on the internet, compared to the UK penetration, at 22%, and Finland, where it is at 48%. Jumbo believes it can grow Australian internet penetration to 22% by 2020.

Jumbo Interactive has recently opened up another line of business, positioning itself as the online distribution partner to some of Australia’s largest charity lotteries. About $1 billion of charity lottery tickets are sold in Australia each year, but because the charities use basic marketing techniques to sell tickets, they don’t achieve the sales and margins they could: Jumbo Interactive offers the ability to do this. Jumbo’s sales of charity lotteries grew by 60% in FY18, to $6.1 million: it has a lot of potential to grow its business in this market.

Boosting the sales of Tabcorp lottery tickets online and through mobile – which now accounts for 75% of Jumbo’s customer interactions – is the main game for Jumbo. At this stage, it’s a relationship that benefits both parties. The only problem for potential investors is that Jumbo has run very strongly: its shares sold for $1 at the start of 2016, but almost reached $8 earlier this month. Analysts think it is priced far too fully at present.

Click here to take a free 21-day to the Switzer Report.