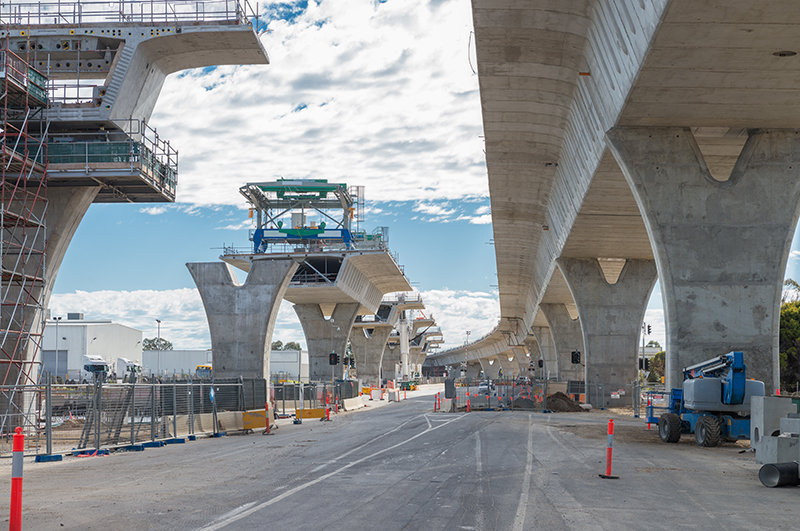 Australia has swung into an infrastructure boom, with spending accelerating on roads, railways, runways, tunnels, dams and electricity generation and distribution facilities.

Yesterday, we revealed 3 infrastructure stocks to consider. Here are two more. If you like this article, click here to take a free 21-day to our Switzer Report.

Engineering and construction company Decmil has struggled in recent years, with a very disappointing result in FY17, but that could be to the benefit of investors looking at the company now. DCG is well-placed to tap into the increased infrastructure spending in Victoria and the expected boost to mining construction expenditure.

In FY18, Decmil’s Victorian business unit won more than $100 million worth of new transport infrastructure construction work. The company has also expanded its business in New Zealand, where last year it won more than NZ$185 million in work in the corrections end education sectors of government spending.

Decmil is also well-positioned to pick up resources work in its speciality of non-process infrastructure (NPI) construction projects. At the FY18 result, the company said it expected FY19 revenue to exceed $500 million, based on order book and tender pipeline. That is against the $342 million in revenue for FY18. Since the result, Decmil has won a $150 million coal-seam-gas work contract in Queensland and an $86 million road contract in Victoria.

Decmil is not expected to pay a dividend this year, but dividends are expected to resume in FY20 and analysts see a healthy outlook for medium-term capital growth in the stock.

Spun off by Boral to private equity owners in 2010, and returned to the stock market through a backdoor listing in April this year, Acrow provides hire equipment to the Australian civil infrastructure and construction sectors. Once mainly a scaffolding provider, the company has moved more into providing formwork (the moulds into which concrete or plastic materials are poured) and falsework (the temporary framework structures used to support a building during construction), which are much higher-margin products. And given that its products are mainly used in building motorways, bridges and tunnels, ACF is nicely positioned to benefit from the increased infrastructure spending on the eastern seaboard.

Coming to the stock market in April at 20 cents, Acrow has been a big success, moving to 54 cents. The company announced record revenue of $65.3 million for FY18, and a net profit of $10.5 million. In August, the company announced the acquisition of Natform, which it describes as the country’s leading designer and hirer of screen-based formwork systems for commercial and residential high-rise buildings and civil infrastructure.

Acrow says its outlook for FY19 is strong, with a growing order book and new business wins in the east coast infrastructure market. At a FY18 balance date the company had nil debt, with a net cash position of $4.9 million. Although only a micro-cap company at present, Acrow knows its niche business very well, and has a high return on equity – above 20%. It is an unfranked dividend payer, with a relatively low (about 30%) payout ratio, being more concerned at present with reinvestment for growth. Analysts believe that the strong share price performance since listing has taken it past fair value, but Acrow could surprise on the upside over the medium term as the company becomes better known.

Click here to take a free 21-day to the Switzer Report.