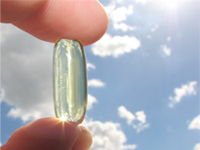 Why multivitamins are a good investment

Each week on my radio show, I present a segment known as “Medical Myths”.  A recent myth I discussed was that Multivitamins are a waste of money. If you believe many conservative members of the medical profession, they will make the flippant comment, that all vitamins do is give you expensive urine. It is also my opinion, that vitamins also give you expensive blood.

A recent article in news.com.au was titled “Do Multivitamins work? The jury is still out, but new research says no”. [This is a quote from the Article].

"There is more disappointing news about Multivitamins: two major studies found popping the pills, did not protect ageing men’s brains or help heart attack survivors.  Millions of people spend billions of dollars on vitamin combinations, presumably to boost their health and fill gaps in their diets.  But while people who do not eat enough of certain nutrients, may be urged to get them in pill form, the US government does not recommend routine vitamin supplementation, as a way to prevent chronic diseases.  The studies are the latest to test if Multivitamins might go that extra step and concluded they don’t.  “Evidence is sufficient to advise against routine supplementation”, stated the sharply worded editorial that accompanied the findings in the journal “The Annals of Internal Medicine”.

Now, for my take on the subject.

The reality is that a third of adults take a Multivitamin on a daily basis, so are we wasting our money?

Well, let’s look at these two recent studies that were quoted in the news.com.au article.  The first study was part of what was known as the TACT trial to assess a particular type of controversial medical treatment known as “Chelation therapy”. The ingestion of Multivitamins were part of this trial. They looked at just over 1700 patients older than fifty with an average age of sixty five, who had had a heart attack six weeks or longer before the start of the trial and were not in kidney failure.  They followed up these patients for four and a half years and just under twenty percent were female.

This is where the trial becomes extremely confusing. For thirty one months of the four and a half year follow up, the vitamin group were given Multivitamins, whereas for thirty five months of this period, the placebo group were given Multivitamins.  Seventy six percent of the patients in each group completed at least one year of vitamin therapy and only forty six percent in each group completed one year of vitamin therapy.

The researchers looked at what is known as “the primary end points of total death, recurrent heart attack, stroke, bypass or stenting or hospitalisation for angina”.  In this particular trial, thirty three percent discontinued the vitamins and seventeen percent completely withdrew from the study.

The conclusion was that there was no difference between either of the groups but in my reading of this study, it appeared to me there was no difference in the amount of vitamins ingested in either group.  A third of the patients in both groups who were taking vitamins stopped the vitamins and seventeen percent withdrew. In other words, no real conclusions could be made from this study, as it appeared that both groups had an equal amount of vitamin therapy, so I am not really sure what this study was trying to suggest or achieve. So is this evidence to advise against routine supplementation? I think not!

The second study was equally as confusing. This study was part of the very well respected and well designed physician’s health study, where they looked at 6,000 doctors over the age of sixty five and followed them for twelve years.  This was a placebo controlled trial, which meant that half of the doctors were taking the active ingredient which in this case was Centrum Silver, a Multivitamin that has a reasonable amount of Folic Acid but not much concentration of the other B group vitamins. They phoned the doctors on four occasions over the twelve years to do a basic test of memory and thinking and stated that at the end of twelve years, there was no difference in their thinking processes or memory. They therefore concluded that Multivitamins did not help memory.

It appears, however, that the superb work of Dr Andrew Pipingas from Swinburne University is being completely ignored by the medical world. Andrew has conducted a number of trials where he performed face-to-face standardised neurocognitive testing and showed clear benefits in some aspects of thinking and memory with the use of regular Multivitamins.

Let’s now bring in Professor David Smith from Oxford University who performed a trial known as the “Optima Study” where he took 270 people with a condition known as “mild cognitive impairment” and put half in the vitamin arm and half in the placebo arm. The vitamin arm were given 800mcg of Folic Acid, 1000mcg of B12 and 25mg of B6. MRI’s and neurocognitive testing were performed at the start of the study and two years later. Depending on some parameters tested in the study, there was anywhere between a 30-50% reduction in the progression to dementia in the people taking the Multivitamins. The question I ask here is, why are many members of conservative medicine ignoring these very well performed trials and solid scientific evidence?

Following on from the male physicians trial in Harvard, there was a clear 8% reduction in all common cancers after ten years of taking a Multivitamin daily and in the same study a similar reduction in cataracts.

But, an editorial in the New York Times by a Dr Paul Offit, who is the Chief of the Division of Infectious Diseases at the Childrens Hospital Philadelphia, made the reasonable criticism of many supplement companies in the United States which have very poor quality control and some of their products are actually contaminated.

The high quality companies in Australia make their vitamins to pharmaceutical grade and the vast majority of the prominent well-known companies have the right concentrations of vitamins to have the benefits I have mentioned in this article.

In conclusion, my concern here is that we should not damn all vitamins just because some poor quality companies do not use the right ingredients and the right dose of ingredients. I am also concerned that many conservative members of the medical profession who have a vendetta against complementary medicine are cherry picking evidence to suit their argument from poorly designed trials often funded and promoted by people and companies who have a vested interest in making the supplements look bad.

It is my strong advice that all people over the age of thirty to thirty five, should be taking a daily Multivitamin that has at least 400mcg of Folic Acid for the rest of their lives as part of a supplement to a healthy lifestyle.

At the worst, you are blowing your money but at the best, you are getting all of the aforementioned health benefits.