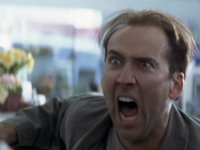 Why anger is giving you heart disease

There is no doubt that the underlying cause of a heart attack, in 99% of cases, is atherosclerosis. The definition of atherosclerosis is a progressive build-up of fat, inflammatory debris and calcium in the walls of the artery.  A common misconception in what occurs in a heart attack is the artery is slowly closed over by cholesterol. The reality is, to make the following analogy; if you imagine a doughnut with a hole in the middle but all of the action is happening in the walls. This is exactly what is happening with the artery with the blood flowing through the hole but the fat building up in the wall of the artery and when it reaches a critical mass, it suddenly ruptures.

Atherosclerosis is a chronic disease that is almost universal in western society. It starts very early and progressively builds-up in the wall until it reaches that critical mass. This process can take place over decades and causes no symptoms or problems whatsoever, until the inner lining of the artery ruptures.
After the rupture, a clot forms to try and seal up the rupture but if the clot is big enough, then it blocks the artery to some degree.  So it is the initial rupture of the fatty plaque that is the problem and the clot which causes the symptoms and the acute heart attack, is, in fact, a response to the rupture.

So the big question is; what is causing the rupture?

Firstly, and very importantly, there is an ubiquitous condition known as inflammation. Inflammation can occur for many reasons but particularly related to any acute or chronic infections.  For example, people with poor dentition or periodontal disease have a very high rate of atherosclerotic plaque rupture.  The rates of heart attack are much more common in winter and it is felt that part of this may be due to the increased episodes of infections especially influenza or pneumonia that occur during winter. A recent study showed that people over the age of 55 are at high risk for heart disease who had a yearly flu vaccine, had a 50% reduction in heart attack.  There is a particular chest infection known as “chlamydophilia pneumoniae” which has been associated with an increased risk for atherosclerosis.

Vigorous activity. A recent study presented at a neurology conference in the US, looked at fire fighters and their cardiac arrest risk during physical activity. The data was collected between 1998 to 2012 examining 200 fatal cardiovascular events. 167 suffered a heart attack, 12 irregular heartbeats, three strokes and the rest were other cardiovascular problems. 74 percent of the events occurred after vigorous activity, lasting for more than 30 minutes.  This was despite the fact that the average age of these fatal events was 49 years in people who had been firefighters for an average of 20 years. 35 percent of the cardiovascular events were triggered by fitness training or lifting heavy equipment whereas 44 percent of people were actively fighting fires. Interestingly, those who had the highest rates of blood pressure, cigarette smoking, diabetes or a family history of heart disease were the ones who were most likely to suffer the acute vascular event.

Despite this, it is very important to stress that, physical activity does protect against heart disease and it is often the person who is not used to physical activity who has to rush for the bus or perform heavy physical activity in the garden on a hot or very cold day, who can often rupture a dormant fatty plaque by this unusual activity.

Any form of psychosocial factors.  A recent study of anger showed that within two hours of becoming angry, you increase your risk for heart attack five times, stroke three times and a marked increased risk for what is known as “ventricular arrhythmias” which are very serious heart rhythms.  For people who are at high risk of heart disease are those who have five or more anger outbursts per day, the risk for heart attack increases to 657 extra heart attacks per 10,000 people.

Becoming acutely angry can increase your heart rate, your blood pressure and your vascular resistance. It can also thicken your blood and trigger inflammatory responses. It does remind me of the Buddhist saying,  “we are not punished for our anger but punished by our anger”.

Any chronic stresses on the body can also increase a risk of heart disease. Chronic stresses can be anything from anxiety, depression and hostility to chronic life events such as the death of a loved one, marriage problems, the loss of your occupation or a serious illness.  Other pharmacologic stresses such as cocaine or marijuana may precipitate a rupture in an artery.

Air pollution, traffic or even a heavy meal have been shown to increase the risk for plaque rupture.

It is therefore, any stress on pre-existing atherosclerosis such as the stress of inflammation, the stress of excessive activity or the stress of psychosocial factors that can be the main precipitant for an heart attack.

Regardless, it is my very firm opinion, that all people at 50 should consider a full cardiovascular workup to assess your current risk.  The best assessment of risk is a coronary calcium score, which should be routine in all males at 50 and all females at 60 or performed earlier if you have one of the five major risks for heart disease i.e. high blood pressure, high cholesterol, cigarette smoking, diabetes or a family history of anyone who has suffered a vascular event before age sixty.