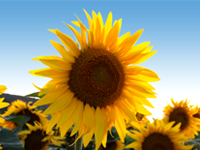 For any interested observers of the medical scene and specifically medical media, there appears to be two opposing groups.

Group No. 1 comes from conservative medicine, clearly pushing the line that only orthodox pharmaceutical therapy and medical procedures have a place in the world of medicine, whereas there are people from the complementary medical world and some integrative doctors that tend to take a more holistic view. Unfortunately, there are also some people within complementary medicine that believe the vast majority of doctors are purely covert representatives for the pharmaceutical industry and this is clearly not the case.

This great divide is seen in the place of vitamins in the cause and treatment of disease. Conservative medicine will only admit that a clear vitamin deficiency is justification for any sort of vitamin therapy.

One increasingly discussed vitamin is that of Vitamin D. Over the past ten years there have been numerous studies linking low blood levels of Vitamin D with a variety of diseases including osteoporosis, many forms of cardiovascular disease, many common cancers, Type II diabetes, multiple sclerosis and even depression. A recent study also linked low Vitamin D levels with the increasing rates for autism.

Many people in conservative medicine, however, suggest that low Vitamin D levels are purely a marker for the disease and not the cause.

I must say having read many of the studies that have been released, I think there is great confusion as to the place of Vitamin D in therapy. I would like to review some of the recent work as I believe it is very important for you to know whether you should or should not be pursuing firstly Vitamin D levels in your blood stream and secondly, Vitamin D therapy.

Two new studies in the British Medical Journal suggests there is no clear evidence for benefit. One of the studies out of Auckland suggested that Vitamin D supplements were unlikely to reduce cardiovascular disease including stroke, cancer and bone fractures. Another study from the USA, UK and Europe was a meta analysis looking at a variety of observational & randomised control trials linking 137 separate health outcomes to Vitamin D levels and found that only 10 different outcomes which were comprehensively tested enough from these trials to really make any sense.  Finally they said that the only outcome, showing a clear benefit of Vitamin D levels was that low Vitamin D in late pregnancy was linked to low birth weight. Another study suggests there was no evidence Vitamin D helped osteoporosis or falls but strangely when the randomised controlled trials were put into a meta analysis with follow-up varying between three to seven years of Vitamin D supplementation, there were 2,527 deaths in the Vitamin D supplemented group and 2,587 deaths in the control group. This led to a significant 11% reduction in death over a very short time, mainly in an elderly subgroup.

Another very confusing study in a journal known as “Psychosomatic Medicine” said there was no evidence that Vitamin D supplements reduced depression. They looked at seven trials of just under 3,200 participants and strangely all the trials had what is known as “methodologic limitations”. What I found most bizarre is that only two of the seven studies had patients with clinical depression at baseline.  They then went onto say that Vitamin D had no impact on depression! But if the subjects are not depressed in the first place, how on earth can they make these comments. They also made the comment that for people on antidepressant treatment, Vitamin D therapy helped reduce the level of depressive symptoms. Researchers concluded that Vitamin D supplementation was only beneficial in patients with Vitamin D deficiency. You think?

Low Vitamin D levels are epidemic in our society, where a suggestion has been that around one third of the population have reduced levels of Vitamin D. The reason for this is very clear. Most of us have sedentary jobs that are indoors and we do not get enough Vitamin D to elevate our Vitamin D levels. We either have to spend more time in the sun and in our climate risk skin cancers or supplement with Vitamin D. Interestingly, another study of breast cancer out of the University of California in San Diego showed that just under 4,500 women with breast cancer studied between 1966 to 2010 who were followed up for at least nine years with the highest levels of Vitamin D in their bloodstream compared with those who had the lowest levels, had a 50% lower risk of breast cancer death.

Another study out of Sweden of just over 1000 women aged 75, showed clearly a 46% higher rate of bone fracture in women with the lowest Vitamin D levels.

So what is the answer here? Firstly I believe one of the major problems is in many of these studies, they are studying the wrong group of people for the wrong length of time, using the wrong preparation at the wrong dose with often analysis of the wrong blood levels.

To me, it is clear that Vitamin D3 supplementation and not D2 supplementation is the most appropriate. The standard dose should be around 1000 IU a day for people with modestly low blood levels and the aim should be to increase the D levels above 50 nanograms per milliter.

Some studies have shown that too much Vitamin D can also cause problems, thus the reason for the need for regular monitoring of Vitamin D levels in the bloodstream and appropriate therapy.

In my opinion, low dose D3 supplementation is harmless if monitored carefully and there are very good physiologic reasons and a number of well conducted studies that show a clear link between therapeutic D levels and lower rates of many common illnesses including osteoporosis, cardiovascular disease, cancer, multiple sclerosis, Type II diabetes and depression. As I have a sedentary job that is indoors, I take 1000 IU of D3 every day.