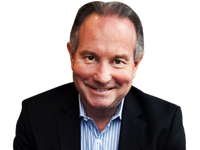 For as long as humans could reason, a major question that has been the centre of ongoing debate has been what happens when you die? There are really only two possibilities we die and rot in the ground for the rest of eternity or we are more than just a physical body and at the time of death, this extra component, commonly termed 'spirit'. leaves the body for an entirely different existence.

Hardcore science (and I am not referring to all scientists) has been trying for many years to prove that our existence is purely physical, whereas a significant proportion of the world believes there is existence beyond the grave, often explained through some form of religious basis.

An interesting, difficult to explain by purely scientific means, occurrence is that of the near death experience. All through my medical career, I have maintained a strong interest in near death experiences. I always ask a patient who has survived a cardiac arrest, whether they have any recall of the incident. A variety of scientific studies of near death experiences have estimated anything up to around 50 per cent of patients experienced some type of unusual mental activity when their heart and brain have stopped, with anywhere between 9-20 per cent describing a typical near death experience. This involves either or both an out of body experience, which is where the person feels as if they have risen above their body and they can see and hear often what is going on in the room where they are being resuscitated and often in the immediate region around this and also the so called 'transcendental experience' which is the description of a tunnel, a light, a life review and possibly contact with dead relatives etc. I have spoken with numerous patients over the years and have heard many variations on a similar theme.

A recent study out of the US suggested the out of body experiences were purely due to the brain surge of electrical activity that occurs during a cardiac arrest, with its subsequent severe lack of oxygen to the brain. But a more recent study from the UK seems to contradict this. The researchers reviewed 2060 cardiac arrest survivors from the UK, US and Australia and 39 per cent had no recall whatsoever of the event. 46 per cent reported experiences not consistent with a near death experience such as fear, violence or experiences unrelated to the arrest itself such as recall of past events. 9 per cent had features of a near death experience which is lower than many other studies. 2 per cent had complete awareness such as seeing and hearing events linked to the resuscitation.

One survivor was monitored throughout the entire event and had recall of both aspects i.e. the out of body and transcendental experience, for three minutes after the brain recorded no activity.

This particular study seemed to suggest that the near death experience described by a significant number of survivors appears to be real and not just a brain surge of electrical activity. The famous now passed, Kerry Packer, once said after his cardiac arrest playing polo, that there was nothing on the other side but this most recent study and certainly my long experience of discussing these types of events with patients, seems to contradict this view.