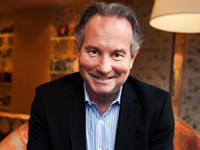 Two weeks ago I appeared on the Morning Show on Channel 9 to discuss the gastric bypass procedure performed, because of morbid obesity, on a two year old boy in Saudi Arabia.

At fourteen months of age, he was put on a diet and gained 8 kilograms. At age two, he weighed 33 kilograms with a BMI of 41, placing him in the morbidly obese category. After the gastric bypass surgery, his BMI dropped to 24 placing him in the healthy weight category.

There are two major questions here – firstly, is it a reasonable procedure for a two year old and secondly, what are the potential long term consequences of this procedure in such a young child. The procedure he had was gastric sleeve surgery, which is becoming the preferred obesity surgery procedure these days. This is where the size of the stomach is reduced down to roughly the size and shape of a banana. To answer whether this is reasonable and to consider the long term consequences, it all comes down to a simple risk/benefit analysis, because the most reasonable approach i.e. lifestyle modification, was not working in this child’s case.

Firstly, this young boy almost certainly was suffering one of the unusual genetic abnormalities, most likely a condition called “Prader-Willi syndrome”. This is a genetic disorder characterised by low muscle tone, short stature, varying degrees of intellectual disability and a chronic feeling of intense hunger. It is felt to be due to an abnormally functioning hypothalamus which is a part of the brain that regulates normal bodily functions including hunger and the feeling of fullness after eating. Secondly, this boy was suffering severe sleep apnoea from his morbid obesity which may, in itself, have prematurely ended his life. Thirdly, he is now down to a healthy weight.

Finally, stomach reduction surgery may lead to a whole host of macro and micronutrient malabsorption that may lead to multiple health problems and maldevelopment as he ages.

This quick fix certainly solved the immediate problem of morbid obesity and sleep apnoea but I suspect he will be left with significant health issues as he ages. For anyone approaching the morbidly obese range, there is no doubt that obesity surgery is an option, but it should be considered a last resort following intense failed attempts at lifestyle modification.

I was the Doctor on the Australian television show “Excess Baggage” (a weight loss program). One of the patients from that show under my supervision, with radical lifestyle changes and taking the natural supplement BergaMet, which I will discuss further in future articles, has lost over 40 kilograms and is looking and feeling marvellous! I will continue to discuss all of these issues in further articles.

Help the bushfire affected towns this holiday season
The hours I spent with Warren Buffett, Richard Branson and other legends
Does an egg a day keep the undertaker away?
What’s the truth about taking multivitamin supplements?
COVID-19 vaccine – a step closer?