Medicare should be abolished 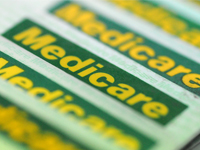 Medicare should be abolished

Recently I saw a sixty-four year old woman with a thirty-two year history of a condition known as “Seronegative Arthropathy”.  Almost every joint in her body has been affected by this serious, painful, chronic condition and she has required varying doses of steroids, purely to maintain a reasonable quality of life.

She continues to work as a school administrator, despite the fact that, at times, she cannot hold a pen because of painful arthritis in her hand. She has also suffered multiple fractures due to osteoporosis induced by chronic steroid therapy.

The reason I am relating this story to you, is that there is a relatively new drug called “Enbrel” which would almost certainly relieve most of this woman’s suffering, but it is quite expensive at around $1,000 per week. She cannot afford this and she does not fit the rigid criteria required for her to qualify for a PBS script.

We have just emerged from six years of Labor Government Rule where the country has been plunged into a $300 billion debt with (in my opinion) not much to show for it.  A proportion of this money has been spent on people who are not Australian citizens. Whether that spend is reasonable or not, I am not going to start an argument but when we cannot spend our tax dollars on Australian citizens to keep them out of pain, how should we be spending our money. I can assure you this example is not isolated. Many of our health dollars go to funding the Medicare system. The major issue is whether Medicare is a reasonable scheme in the first place. There are some important issues here to raise. Firstly, Medibank was introduced by the Whitlam Government in 1972. Prior to this, there was an honorary system where pensioners and the less well-off were looked after for free. Everyone else paid inexpensive health insurance.

Secondly, in the 1970’s we had minimal technology and pharmaceuticals and health was very inexpensive. Now with the marked increase in technology and the increase cost of care, we are seeing skyrocketing health costs.

Thirdly, Medicare creates a two-tiered system, where someone on a reasonable wage can still clog up the public system leaving people who cannot afford healthcare to wait, sometimes a number of years in pain, for a treatment such as a hip replacement.

It is my opinion Medicare should be abolished. There should be a free (non-discounted by 15% i.e. Medicare) service to the lower 20% of those in society which includes pensioners, those on social security and low income earners. Everyone else should pay a means tested private health insurance fee.

Let me make the point that Medicare is great for doctors, as we receive a steady wage from the Government. It is my opinion, however, that it is very bad for patients for the reasons I have stated. There is no reason why the Government should fund 85% of a standard fee for healthcare for people who can afford to pay.

Unless we totally reevaluate our health system, we will still see good, hardworking Australians left with chronic conditions where they cannot afford state of the art therapy which would take them out of pain.

Help the bushfire affected towns this holiday season
The hours I spent with Warren Buffett, Richard Branson and other legends
Does an egg a day keep the undertaker away?
What’s the truth about taking multivitamin supplements?
COVID-19 vaccine – a step closer?