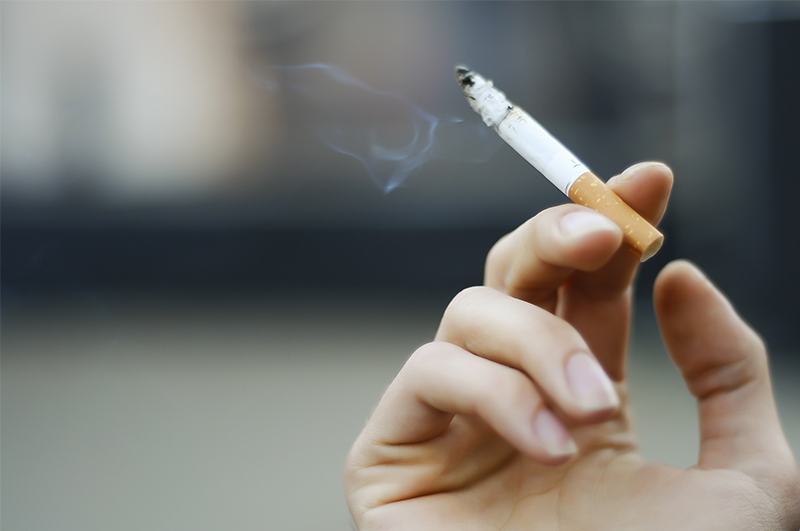 Is there a link between smoking & dementia?

Although I would like to blame smoking for all the world’s medical ills, there are some conditions where there’s no particular link. But, come the revolution, and I’m running the show, cigarette smoking would be wiped off the face of the earth.

2.  Chronic airways disease: 60% of smokers will develop either emphysema or chronic bronchitis as a consequence of long-term smoking. It is a sad fact that close to 100% of asthmatics who smoke will develop severe chronic lung disease.

3.  Lung cancer: 20% of smokers will develop lung cancer. Interestingly, it is also a little-known fact that 20% of lung cancer has nothing to do with smoking.

4.  Bladder cancer: there is a strong link between smoking and this relatively common form of cancer.

5.  Upper airway and upper gastrointestinal cancers such as throat and oesophageal cancers are also linked to cigarette smoking.

But, a recent study from the Journal of Alzheimer’s Disease studied the link between cigarette smoking and dementia. It has been estimated that 50 million people worldwide suffer some form of dementia, of which 60-70% is the common form, Alzheimer’s disease. The Alzheimer’s Disease Centre in Kentucky followed 531 older people for on average 11 ½ years who had no evidence of cognitive impairment (i.e. early Alzheimer’s) at the start of the study. 49 were current smokers and 231 were former smokers. Of the 531 people in the study, 111 were diagnosed with dementia whilst 242 died without dementia.

Cigarette smoking was associated with early death but not with dementia. I believe there is a clear explanation for this. When you smoke one cigarette, you are taking 48 well-documented poisons into your body. The least poisonous of these 48 chemicals is the highly addictive nicotine, which is what hooks you into smoking in the first place. But, it appears that it is the other 47 poisons that create the myriad of diseases I have listed above.

One in five people carry the receptors in their brain for nicotine addiction and this is why 50 years ago half the population smoked but when they found out about the dangers of cigarettes, many people quit but there was still that ingrained 20% of people who continued smoking. Fortunately, in Australia this is now down to around 13% of the adult population. Of course, I would prefer this to be zero.

But, it does appear that stimulating the nicotine receptors in the brain has some degree of protection against Alzheimer’s disease and Parkinson’s disease. This, of course, does not justify anyone smoking but certainly opens the possibility for using specific nicotine related therapy or a less addictive similar chemical as a potential therapy for these conditions, once it has been established that this is the case.

Regardless, if you’re a smoker, you should never see any justification for your habit. Every time you puff on one of those disgusting white sticks you are running the risk of all manner of lethal diseases and certainly giving yourself a chance of not making it to the age where you may have a weak protection against Alzheimer’s disease.

9 ways to hit a century
Could young investors kill the share prices of BHP and Rio?
Switzer Life: Weekend entertainment for self-improvement
Blame it on the inflammation Part 2
Why Kogan admires but bagged Gerry