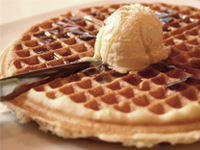 Cholesterol and saturated fat have been demonised by conservative medicine for the last fifty years as evil poisons that clog arteries. Statin drugs have emerged over the last thirty years as miracle solutions to prevent heart disease. The recent Catalyst program run on ABC television over the last two Thursdays presented brilliantly by Dr Maryanne Demasi, has certainly set the “cat amongst the pigeons” and has called into question all of the above comments.

Some conservative health authorities actually suggested to the ABC that if they ran this show on television and induced many people to stop their statins, that they would be responsible for many deaths in the Australian community.

The general public has all right to be confused and to start questioning, what is the real truth? As the person who suggested to Maryanne Demasi a few years back that she should look into this issue, I feel very responsible for the message that has emerged and feel that I should state my position very clearly.

The Real Science behind “the Heart of the Matter”

The small component of HDL is pro-inflammatory i.e. it promotes chronic inflammation that is related to many diseases such as heart disease, diabetes, cancer and even Alzheimer’s disease. The large component of HDL however is antiâ€‘inflammatory and also removes fat from the arteries.

The large component of LDL is the basic protein that delivers the vital components of cholesterol to cell membranes, for cell communication, is used as the basic steroid ring for many of our hormones and is also intermittently involved in bile salt and vitamin D metabolism.

Despite the obsession with having cholesterol levels checked by the medical profession throughout the world, not many people in Australia have their small and large subfractions of LDL and HDL measured. It is moderately expensive and is certainly outside of Medicare.

This brings us to the statin drugs such as Lipitor, Crestor, Zocor and Pravachol. Lipitor is the biggest selling drug in the world and along with its partner in crime Zocor, is a fat soluble statin and as a Cardiologist, I do not use fat soluble statins. I must state right now that my views are not shared by the vast majority of my colleagues in this matter. I only use the water soluble statins Crestor and Pravachol because I believe they penetrate less into the tissues and overall have less side effects when used at moderate doses. Interestingly, however, statin drugs have little affect on lowering the bad subfractions i.e. small LDL and small HDL. Statin drugs also are renowned for causing side effects and anywhere between 10-20% of people who take statins get muscle pain, stiffness, weakness and atrophy along with around 20% of people getting problems with memory, concentration, depression, fatigue, anxiety, irritability and they don’t sleep well.  There are some reported effects on the liver and anywhere between a 10-50% increase risk for diabetes depending on the group studied.

The drugs that do positively affect the cholesterol subfractions are less commonly used and include the fibrate drugs, the most prominent being Lipidil, an old style drug known as Nicotinic Acid and a supplement that I use as a routine known as “BergaMet”. BergaMet is a natural substance that comes from Calabrian oranges and not only shifts you from small LDL and HDL to large LDL and HDL (with often not much effect on the total cholesterol levels) but also lowers the sugar, the blood pressure and makes it easier to lose belly fat.

I believe the most important point in the entire debate is that doctors should not be treating cholesterol levels but rather treating coronary risk. I have developed in my own practice as a Cardiologist, a coronary risk calculator which includes what is known as “Framingham risk, Reynolds risk and coronary calcium scoring and gives a very accurate ten year risk percentage. I regularly assess people and suggest that all males at fifty and all females at sixty who are asymptomatic with no prior history of heart disease, have a coronary calcium score which is the most accurate predictor of coronary risk especially when incorporated into the ten year coronary risk calculation that I have just mentioned.

If you have a strong risk factor profile for heart disease i.e. a cholesterol abnormality, high blood pressure, cigarette smoking, diabetes or a tendency to diabetes or a family history of a close relative who has suffered some form of heart disease or stroke before age sixty, then you should probably be tested earlier.

The coronary calcium score is a snapshot of your arteries using a CT scan. It does not involve an injection or any dye and if the radiology practice comes at you with a needle, I would suggest you ask them not to do so.

It is my opinion that statins should be a small part of the risk factor management in firstly, all patients with established vascular disease i.e. prior heart attack, stent, bypass, stroke or some other vascular equivalent or if they have a high atherosclerotic load, as seen with a high coronary calcium score.

Finally, taking a statin drug reduces your risk for a cardiac event such as a heart attack by around 20-30% when using average doses of the drugs. A recent study out of Holland has clearly shown:

If you would like more information on this subject, please do not hesitate to email me at r_walker@ozemail.com.au and if you would like to obtain BergaMet go to www.bergamet.com.