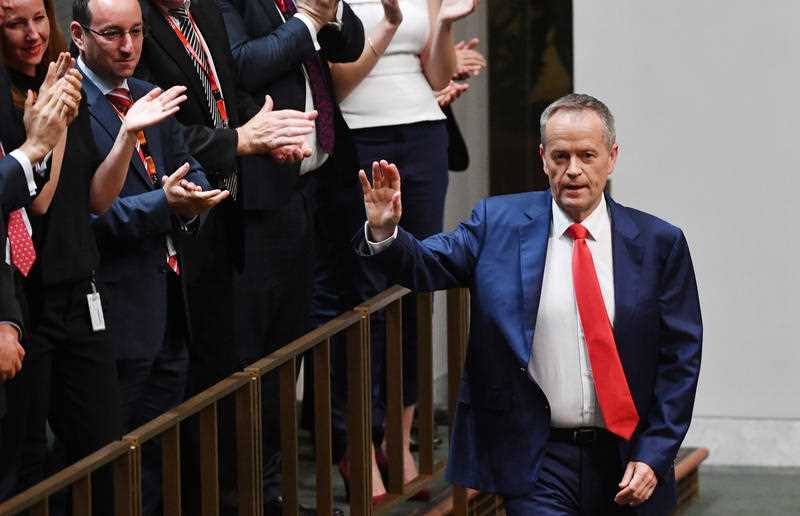 Bill Shorten missed an opportunity last night. He had the chance to completely wrong-foot the government, but chose not to. He could have turned the tables and made Labor the party of Budget responsibility by promising a faster return to surplus. Instead, he played it safe.

Consider how Shorten could have approached his Budget reply. Labor already has plans to raise $32 billion over 10 years through negative gearing and capital gains tax reform. It has also vowed to oppose the rest of the government’s company tax cuts, for businesses with a turnover above $50 million. Treasurer Scott Morrison has confirmed the “unlegislated” tax cuts are now worth $35.6 billion.

So Labor is already $68 billion ahead of the government with these policies alone. The problem is, Bill Shorten refuses to be outspent.

In case you missed it, Malcolm Turnbull wanted to frame this week’s Budget as “fair”. He couldn’t use the word enough as he tried to shut down every area of government vulnerability. More money for health, more money for schools and a big punch in the nose for the banks.

But like Crocodile Dundee being threatened with a flick-knife, Bill Shorten's response was to say “that’s not fairness, THIS is fairness”. He promised even more money for health, universities, TAFE and especially schools. The most glaring admission this was all about political positioning was the commitment to spend $22 billion more than the government on schools over the decade. Just last week, both Shorten and his deputy Tanya Plibersek were insisting they couldn’t give such a commitment. They would have to wait until much closer to the election to work out how much schools would actually need. Not any more!

With the government finally taking these unpopular zombie measures off the books this week, Turnbull gave Shorten a $13 billion opening. Suddenly, the Coalition was left naked on budget repair. Without those spending cuts, the Coalition can’t claim to be the superior economic managers.

Instead of the cuts, the new Bank Tax and the higher Medicare Levy are supposed to do the job of getting us back to surplus and paying for the NDIS. Labor is, of course, much happier to support tax hikes than spending cuts. It backed the Bank Tax within an hour of its announcement. Labor will also support a higher Medicare Levy for those earning more than $87,000 and keep the Deficit Levy on those high income earners above $180,000.

Labor’s approach is an incredibly high taxing path back to surplus (particularly with an effective top marginal rate of 49.5%), but it could have at least given Bill Shorten a chance to get ahead of the government on Budget repair.

He could have walked into parliament last night and promised a return to surplus a year or two earlier than the Coalition. Imagine how that would have flipped the debate! It would have infuriated Turnbull, created more unease within the Coalition over their all-new Budget strategy and given voters reason to take a second look at Bill Shorten as an alternate Prime Minister.

Remember Kevin Rudd won in 2007 by declaring “this reckless spending must stop”. He didn’t exactly live up to the promise in government, but the point is that voters embraced his vow to repair the bottom line. They believed he really was an “economic conservative”.

Instead, Bill Shorten passed up that opportunity last night. He played it safe and went with what he knows. More spending, funded by higher taxes on the wealthy, the multinationals and the banks. The Labor base will no doubt love it.

There was an opening for Labor last night to open up a whole new line of attack against the Government. That window has now closed.