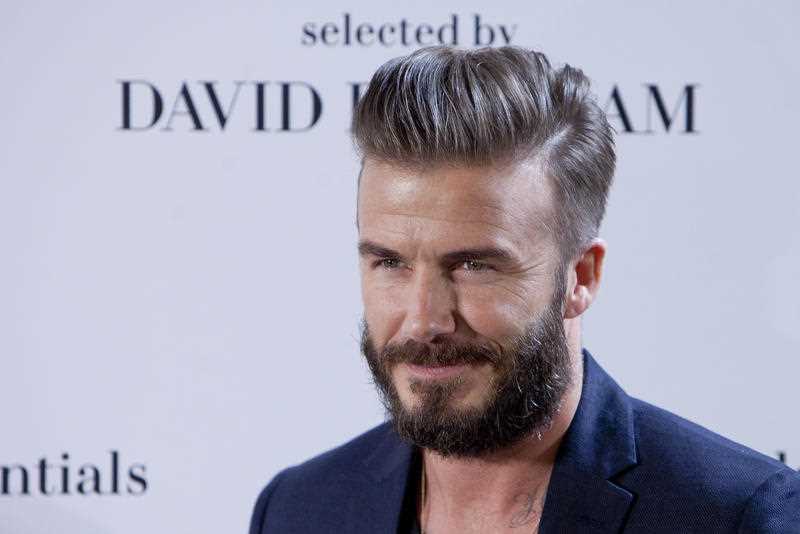 While a lot of economic focus recently has been on sluggish non-mining investment, I’d argue there remains a degree of complacency around a far larger segment of the economy – consumer spending. Indeed, this is the major reason I still expect the economy to remain subdued, and the RBA will likely need to cut interest rates further.

I’ve always had concerns about this optimistic consumer spending forecast. After all, the Budget also predicts the unemployment rate will rise to 6.5% by June 2016, and even at current unemployment rates closer to 6%, consumers have remained cautious.

The Treasury – along with the Reserve Bank – have been counting on a “wealth effect” from rising home and equity prices to encourage consumers to save less. But so far at least, the decline in household saving rates has been rather modest – and even this is at risk if the RBA succeeds in puncturing the strength in (largely NSW) property price strength by warning of “crazy” activities by investors.

But along with a questionable wealth effect, another worry for consumer spending is the pace of incomes growth. Weaker than expected wage growth (and associated tax revenues) was a major reason why the Federal Budget deficit had to be revised higher for the past year. And new research from the RBA suggests wages growth may need to remain relatively subdued for a while longer.

In a research note in the June quarter RBA Bulletin, RBA economists David Jacobs and Alexandra Rush suggest the lower inflation expectations and the rise in the unemployment rate only partly explain the recent modest growth in wages – a far bigger story relates to the need to restore labour cost competitiveness now that the mining boom has ended.

According to the authors, the mining boom and associated rise in the terms of trade boosted corporate incomes, and allowed firms to be relatively generous in handing out pay. As a result, unit labour costs (wage growth after subtracting productivity growth) grew at an annual rate of around 4% during this period – or around double the longer-run average of 2%. 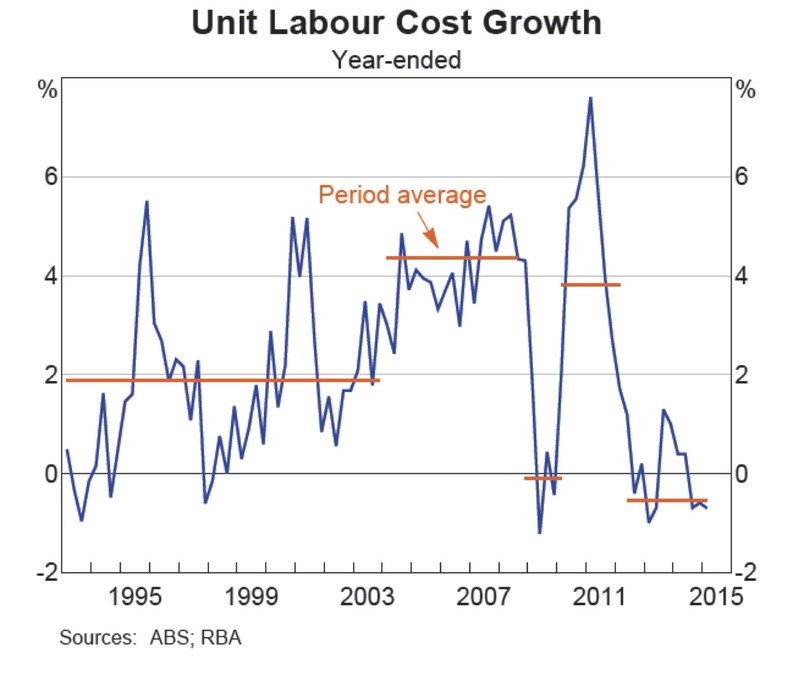 One consequence of this is that Australian wage growth was more rapid than that of our major trading partners – such that the rise in the “real” exchange rate was even stronger than the rise in the nominal exchange rate during the mining boom. That’s why non-mining trade exposed sectors had a very hard time competing. 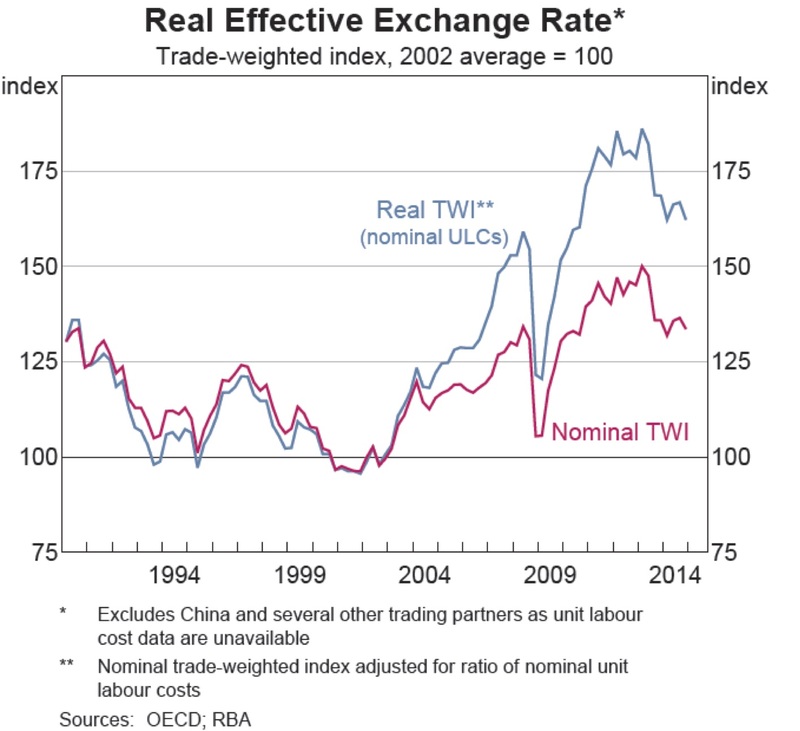 Now that the terms of trade are falling, firms are facing a renewed income squeeze and have needed to be far less generous with respect to pay. The rise in relative labour costs has also hurt competitiveness, meaning that local wage growth may need to underperform that of our major trading partners to help us compete better. That’s especially the case because the nominal exchange rate also remains high relative to its long-run average.

In at least one sense, therefore, recent subdued wage growth has been a healthy development as it is restoring much needed cost competitiveness – but further adjustment is required. As the RBA economists point out, “the real exchange rate remains about 20% higher than when the terms of trade were at a similar level in 2006.”

They conclude “while a large wage adjustment has taken place, wage growth is widely expected to remain low. Evidence from the bank’s liaison with businesses, alongside surveys of firms and union officials, suggest that the general pace of wage growth is not expected to pick up over the year ahead.”

This is not great news for consumer spending or for the outlook for the Budget deficit. All up, the economic adjustment to the end of the mining boom will remain challenging for Australia.