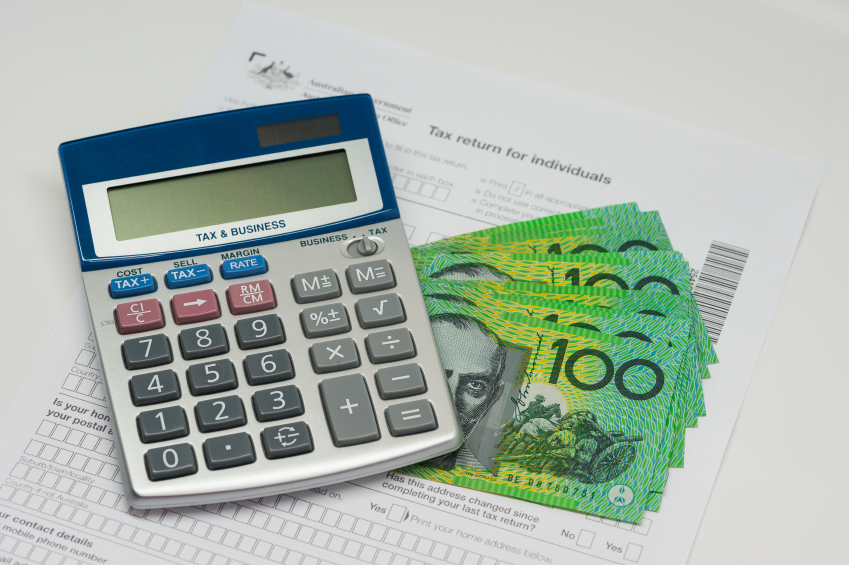 Like many people concerned about Australia’s economic progress I was excited when the “Philosopher King” Malcolm Turnbull assumed power in Canberra.  Unlike the many student politicians who have simply never grown up and see Canberra as their only decent source of income, Turnbull does not need to be in politics for the money or even the fame.

Outside of politics Turnbull would have likely enjoyed even more money though (potentially) slightly less fame.

Turnbull is there to do things.  And contrary to what some naysayers may suggest, tax reform is a vital element.  In short, Australia relies too heavily on high personal and corporate income taxes levied on overly narrow bases.  This mean tax rates are higher than they should be which is undermining our competitiveness as a source of foreign investment and skilled workers, not to mention destroying work incentives for those on lower incomes and only marginally attached to the workforce.

Don’t laugh: if we’re bold enough the sums could be made to add up. And it could also easily be made fair by offering the right level of compensation to those on lower incomes.

Tax rates that low would immediately remove the incentive of multinational firms to shift their billion in profits overseas – a problem which is only going to get worse.  What’s more, we’d become an important source of foreign investment and business activity in our own right – akin to how Ireland became a technology hub through drastically lower taxes.

We’d become a magnet for high income finance professionals and their firms who currently prefer Singapore and Hong Kong.

Such a bold move would be transformative in the sense that it could unleash new dynamics in the economy we can’t yet imagine.

As regards tax reform, however, I fear the Government will endure a lot of political pain for only of the typical piece meal changes that won’t have any real transformative effects on the economy.

We might cut the corporate tax rate to 28% - or possibly even 25%.  Big deal – that only brings us back closer to the average.

And personal income tax cuts will likely only involve giving back the bracket creep that is otherwise destined to raise average tax rates in the years to come.

What’s more, the Government has launched the tax reform debate in Australia by floating bad things (such as an increase in the GST) rather than first laying down a bold new tantalising vision.   Political strategists see the focus on bad things first as a necessary process of “softening up” the public to tough changes.  I see it has a completely wrong-headed approach which undermines the appeal of tax reform right from the get-go.

It also did not help that former Federal Treasurer Joe Hockey, when talking about the risk of rising personal income taxes due to bracket creep, seemed to focus on the above average income earners that would be pushed into the top two income tax brackets.  The new Treasurer Scott Morrison’s apparent priorities are not much different.

All up, that made tax reform sound like an unfair means of taxing the poor more though a higher GST to fund lower tax rates for the rich.

Right on queue: enter the welfare lobby. ACOSS have trotted out their tired and obvious analysis showing that a rise in the GST – even if partly used to fund income tax cuts – would make lower income households worse off.  Of course that’s no surprise because the poor spend a higher proportion of their income on consumption and generally pay less income tax.  This fact should not be a barrier to tax reform as decent compensation could still leave low income households no worse off.

Another problem is that it’s still unclear whether the Government is using tax reform to help plug the budget deficit (i.e. it will not be revenue neutral) or just to improve the competitiveness of the economy without an overall increase in taxes.

In my opinion, the Government should start by making two iron clad pledges: the tax reform package will be revenue neutral, and any changes will not make lower income households worse off.  It should also note that not changing the tax system could, in fact, hurt low income households especially hard.

As Deloitte Access Economics has shown, the average income tax rates for those on low wages are destined to rise by more than that for high income households over the next few years.  This is what Treasurer Morrison should be banging on about. 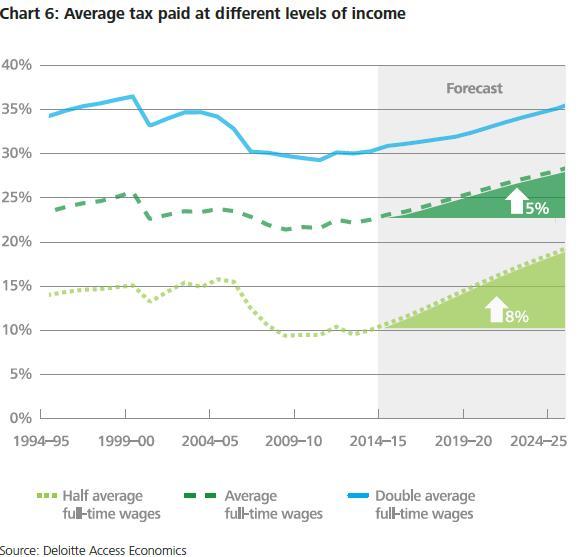 What’s more, Deloitte has shown that a decent compensation package need only cost around 30% of total GST revenue raised and could actually make lower income households better off.  This evidence has been largely lost in the typical media stories about an increase in the GST hurting the poor. 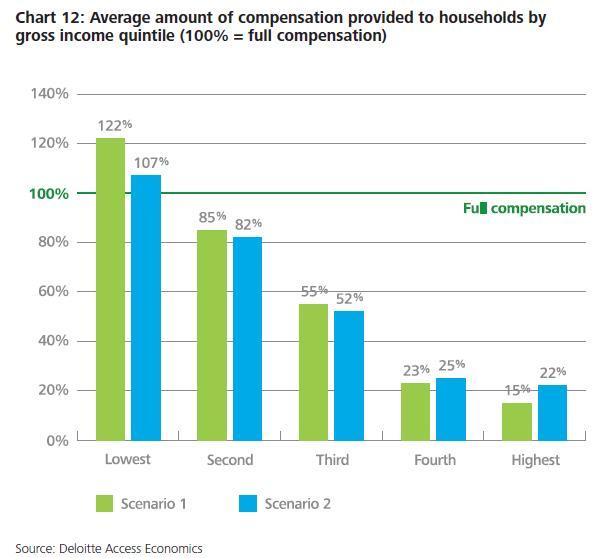 Meanwhile, tackling tax reform as part of budget consolidation only complicates matters – to my mind the budget will largely fix itself if we can only get the economy growing more strongly, which will be made easier with decent tax reform.

And much like US President John Kennedy pledged to put a man on the moon within a decade, we need a bold declaration that we’ll aim to have the most competitive income and corporate tax rates in the developed world – say around 15%.

How we fund this deep cut in tax rates fairly is then the next challenge – but at least we have an alluring vision to aim for.

Some broader numbers suggest what is possible.

Based on modelling by ACOSS, I guesstimate complete broadening of the GST to areas such a fresh food, health, utilities and  education – while raising the rate to 15% - could raise an extra $57 billion per year in 2015-16. Modelling by Deloitte suggests around 30% of and extra GST revenue would need to go to lower income households via tax cuts and transfer payments to make them no worse off – which means there’s $40b per year to play with.

That then leaves $20 billion – plus any revenue from changes to tax on super and wealth/estates – to fund personal income tax cuts.

How deeply could we cut personal tax rates?  Given personal income taxes now raise around $200b per year, even $20b per year would only fund an average tax cut of around 10%.

Maybe a 15% income tax rate is ambitious, but so was trying to put a man on the moon.  I’m not sure how we could get there - but it would be nice if our innovative country could focus on ways it might (fairly) be done.