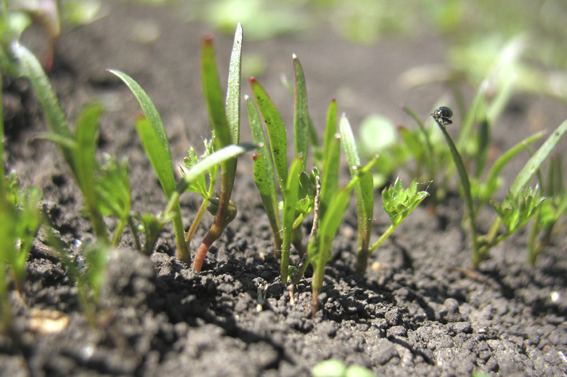 Some good news for Australian jobs

Troubles in Greece and China aside, there are unquestionably some tentative signs of improvement in the Australian economy taking place.

I’ve been downbeat on the economy for a while now, and have been fully supportive of the Reserve Bank of Australia’s decision to cut interest rates so far this year, even in the face of a pesky surge in Sydney home prices. Indeed, I’ve still been arguing that the RBA should, and would, likely cut interest rates further later this year as the unemployment inevitably starts to grind higher.

But some strange things are happening in the economy.

Some things just don’t add up.

The apparent improvement in unemployment conditions is not a rogue result as it’s also consistent with a range of other indicators. The ANZ Job advertisements series, for example, has been broadly trending up since early 2014. For many economists this improvement was dumbfounding, as history suggested that should have led to a much earlier improvement in the unemployment rate then we’ve seen. But perhaps it’s just been a case of longer lags than usual. 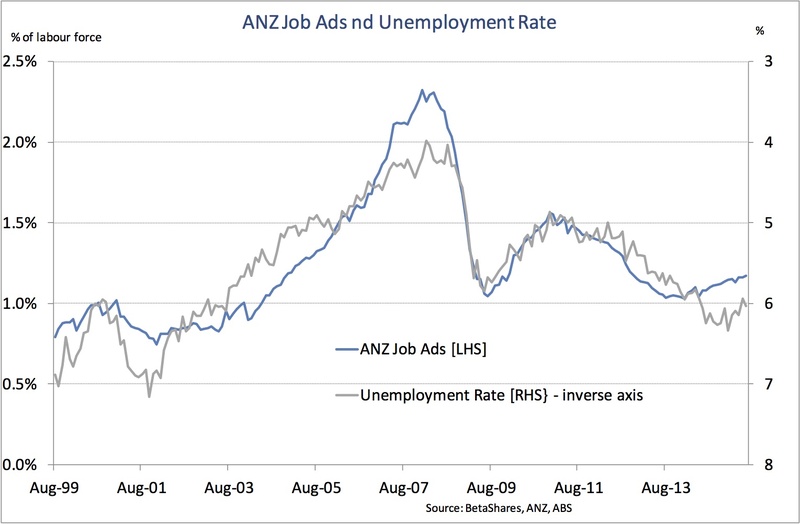 The much more volatile National Australia Bank measure of corporate hiring intentions has also been broadly trending up for the past year or so, and by June was hovering at close to long-run average levels. The labour force participation rate has also lifted - consistent with more would-be workers feeling they have a better chance of finding a job.

There are other positive signs. Only this week, the NAB business survey revealed an encouraging lift in the business conditions index from 6.4 to 10.9 in June – which is now clearly at moderately above-average levels. 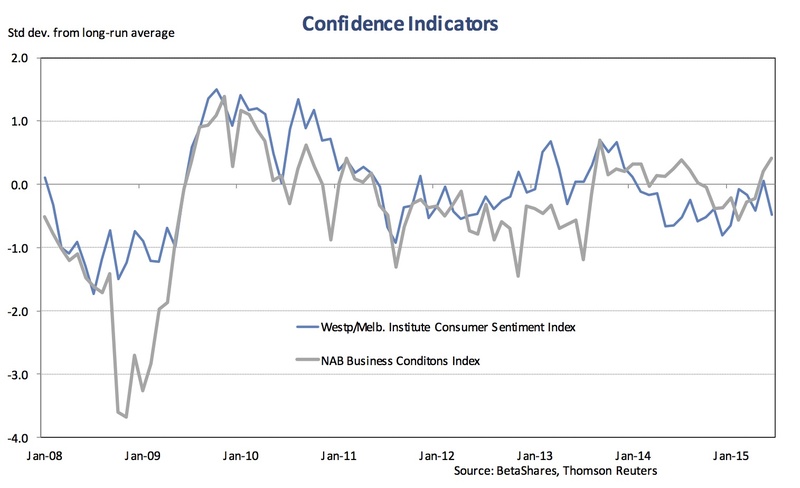 So what’s going on? The optimistic view is that we’re finally seeing more of the impact of lower interest rates and the weaker $A taking effect across the economy. Rising house prices and low interest rates are helping encourage a home building boom, at least in the key states of New South Wales and Victoria. This boom, in turn, is having downstream effects on the manufacturing and consumer goods market.

A weaker $A also seems to be slowly but surely turning around the tourism sector. The growth in Australians holidaying overseas has slowed down, while growth in foreigners holidaying down under is on the rise.

Another factor is the very weak growth in wages – which, while not great news for households, is helping boost our cost competitiveness, which was lost during a period of relatively strong wage growth (by international standards) during the mining boom. And perhaps some credit should go to the small business tax incentives contained in the May Federal Budget.

However, all is not rosy. Consumer confidence remains fragile, as evident by the 6.9% decline in the Westpac/Melbourne Institute indicator in June – back to what is a modestly below long-run average levels. Rightly or wrongly, survey measures of household unemployment fear also remain elevated. More ominously, there are also tentative signs that the home building boom is starting to reach its peak. 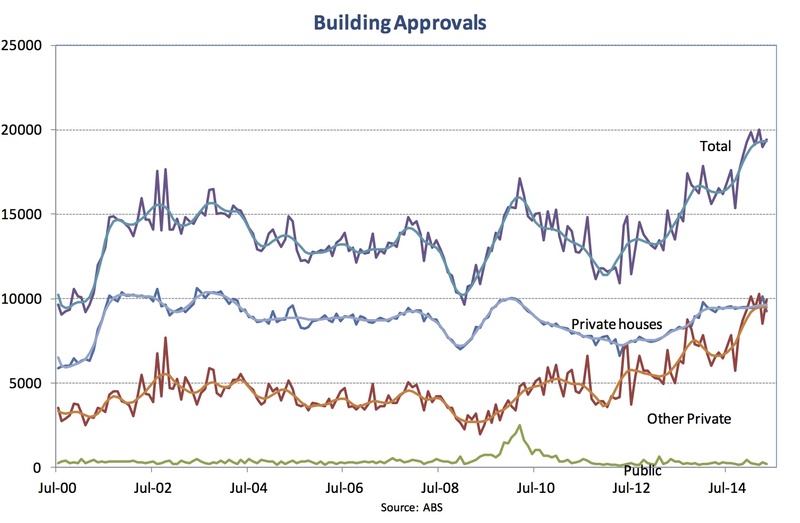 Last but not least, we still have the very sluggish business investment outlook (at least based on recent surveys) to contend with. All important spot iron ore prices have also recently resumed their slump, after a mini-bounce over April and May. One thing is very clear: mining investment is falling into a very large deep hole and the export price bonanza is long past.

Accordingly, the less optimistic view is that the Federal Budget’s boost is having a fleeting impact on activity, while we’re also enjoying the last stages of the downstream effects of the home building boom.

That said, the benefits of a weaker $A – and likely continued low interest rates for a good while – should have more lasting impacts.  And if employment conditions continue to improve and the recent Greek and Chinese related bouts of stock market volatility resolve themselves, consumer confidence might also rebound again – creating a virtuous cycle of improvement in the economy.

Of course, it’s still touch and go, but the economy could yet be displaying its admirable flexibility for adjusting to changing circumstances that has so far kept us from recession for the past two decades.

I’m feeling a little more cautiously optimistic than I was a few months ago, and a little less convinced the RBA will need to cut rates further this year.