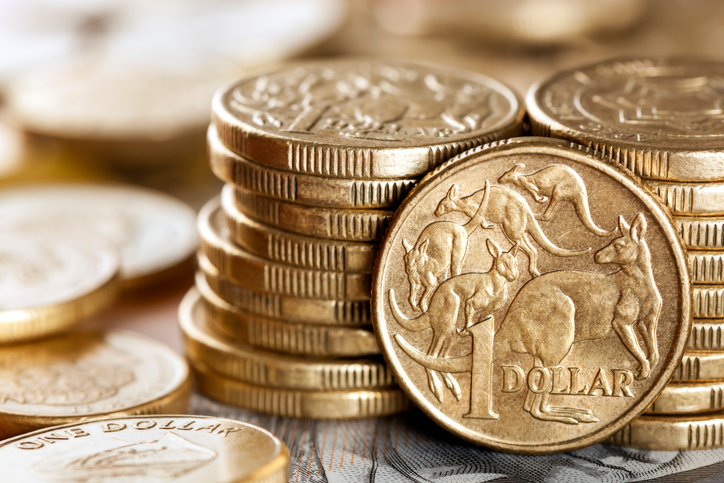 Is the soaring Aussie dollar just an overreaction to recent events?

The Australian dollar is a sell at current levels, and currency-unhedged global stocks are now even more enticing for local investors.

A few factors have conspired over the past week to push the Australian dollar to the top end of its multi-year range. Indeed, the $A now looks tantalisingly close to touching US80c, and economists – as usual in times of market excitement - are outbidding each other to predict just how far can it go. 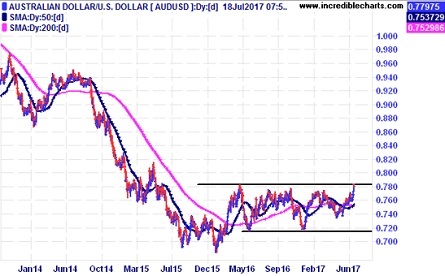 But to my mind, the $A’s move seems an overreaction to recent events and traders are also underplaying how dismayed the Reserve Bank is likely to be over its recent strength – making it even less likely it will hike local interest rates anytime soon.

The first overreaction seems to have been to recent commentary from the US Federal Reserve chair, Janet Yellen. In her testimony last week, she suggested that America’s so called “neutral” interest rate is “currently quite low by historical standards” and so “the federal funds rate would not have to rise all that much further to get to a neutral stance”. The neutral rate is usually defined as that which would neither overly stimulate, or hurt the economy.

That said, Yellen also indicated that she expected the neutral rate to rise in coming years as the economy improved, meaning “additional gradual rate hikes are likely to be appropriate over the next few years.” In other words, the neutral rate – at least on this definition - is not fixed in stone and can move in line with developments in the economy. Indeed, the Fed’s medium-term fed funds projections still has it settling at around 3% over the next few years, compared with only around 1 to 1.25% today.

Frankly, Yellen’s decision to discuss the neutral rate in this way was clumsy and seems to have more confused than informed the market.

What also excited the market, however, was Yellen’s acknowledgement that inflation has surprised on the downside in recent months, and hint that if this persisted – which she does not expect - it could affect the Fed’s desire to lift interest rates going forward.

This is a potentially more serious threat to the outlook for higher US interest rates – as there is indeed a good chance, I think, that US inflation will hold stubbornly below the Fed’s preferred 2% target. History alone suggests as much.

But the risk for the Fed, in this case, will be a potentially explosive further upward move in equity prices and decline in bond yields – which would create the risk of creating destabilising financial bubbles down the track. I think provided the economy keeps churning out good employment growth – as I expect - the Fed will still be of a view to continue tightening gradually, even if US consumer price inflation hovers somewhere between 1.5% and 2%.

That means a rate hike in December still seems more likely than not, and moves to start running down the Fed’s huge accumulated bond holdings by September.

Meanwhile, adding to the local confusion were the minutes from the Reserve Bank’s June policy meeting released yesterday. In the minutes, the RBA felt the need to discuss our own neutral interest rate, and suggested it was now somewhat lower than before the financial crisis – around 3% rather than 5%. One interpretation of this statement would have been – as alluded to in America by Yellen – is that interest rates don’t need to rise as much to get to neutral. But the local market took instead took this as a hint that the RBA was keen to raise rates as they were still well below neutral. Again, I think this an overreaction.

What’s more, I’d note that the RBA’s June policy meeting – to which the minutes referred – came before Yellen’s dovish speech last week and the strong bounce in the $A. I think the RBA would be even more reticent to hint at higher local interest rates now, and I suspect it might reveal a more dovish tone in important speeches by Deputy Governor Debelle on Friday and Governor Lowe next week.

All that said, if the Fed does decide to go on hold due to persistently low inflation, it’s very hard to see the RBA hiking rates anytime soon – and it could still cut rates – given the obvious upward pressures on the $A otherwise.

All that points in the direction of the $A holding its recent range, even if the Fed turns a lot more dovish. The same can’t be said for equities or bond yields, however, which would both shoot up and down respectively.